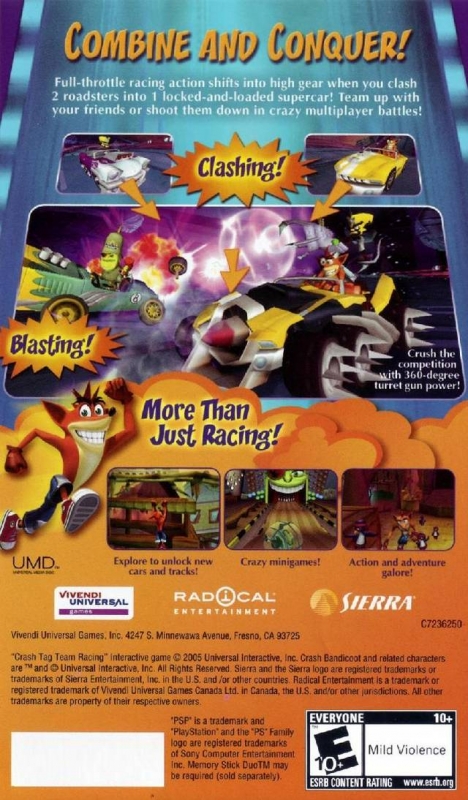 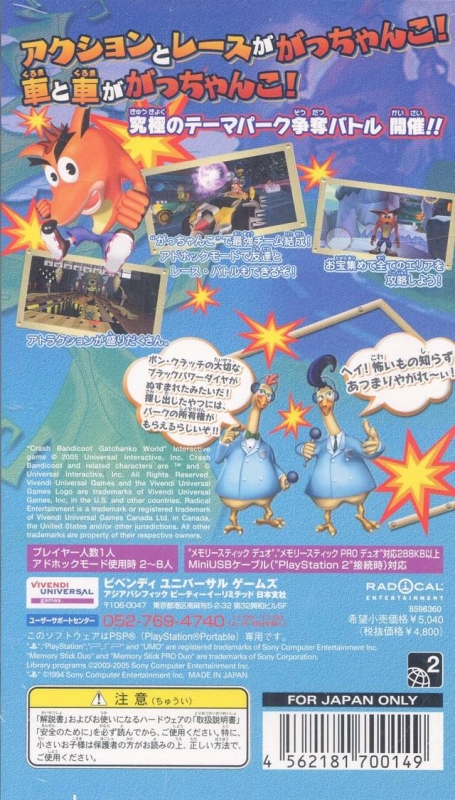 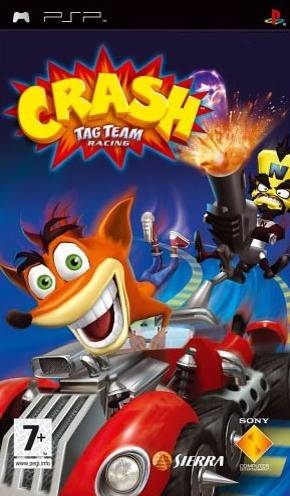 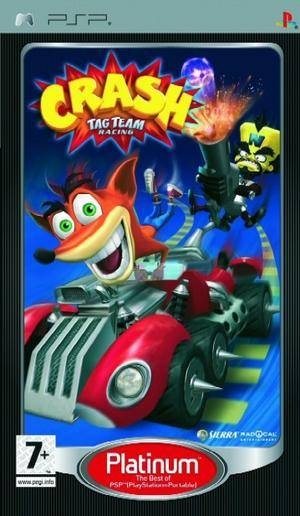 After being humiliated yet again by Crash Bandicoot® at the end of Crash Twinsanity™, Cortex returns to his evil scheming in his dilapidated Iceberg Lair. He stumbles across a newspaper article regarding the closure of Ebeneezer Von Clutch's condemned racing arena. He hatches a sinister plan to challenge Crash to a seemingly friendly race competition... with plans of crushing the hapless bandicoot under the ruins of the hazardous racetrack! Will the evil doctor's plans be the end of our furry hero?

In Crash™ Tag Team Racing, players can "clash" their car with an opponent's mid-race to make a super-car equipped with a powerful turret gun. When clashed, players can either get behind the wheel and drive, or fire an onboard weapon. Each character has his or her own uniquely deadly 360˚ rotating turret. Players can continue the action out of the car where they can explore the entire world on foot and collect upgrades for their cars and unlock bonus tracks.