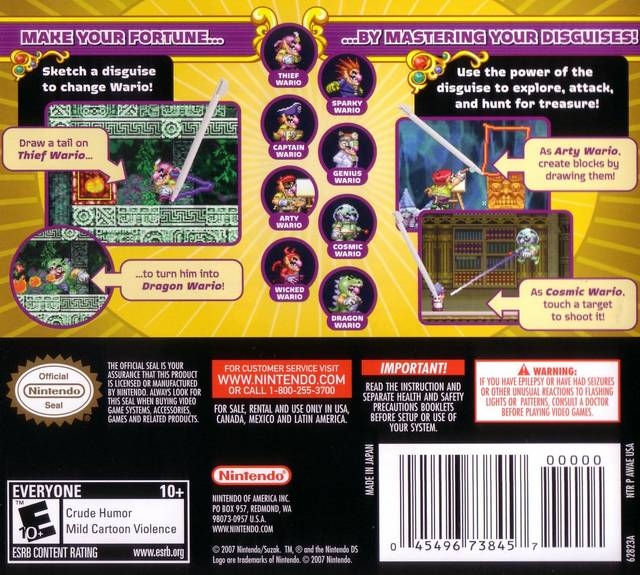 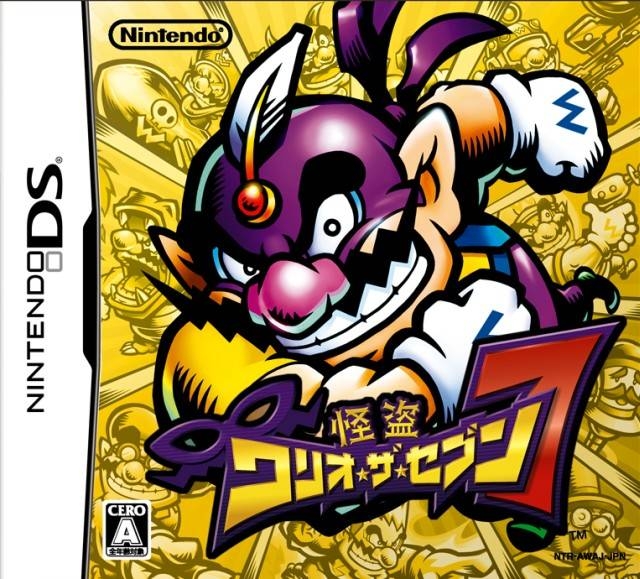 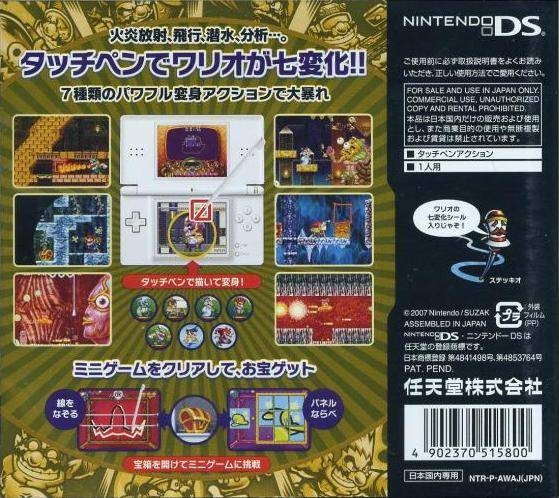 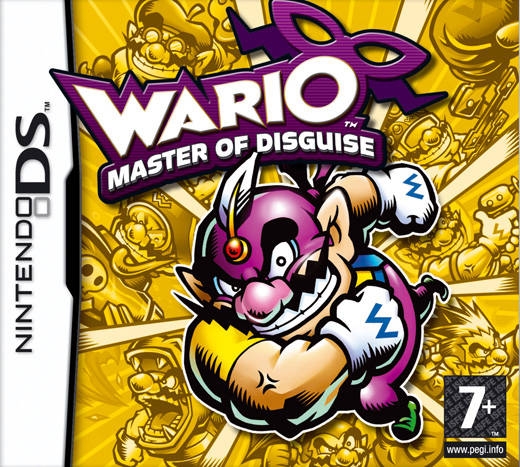 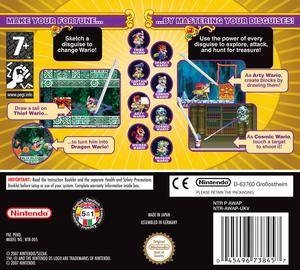 Wario is the star of the show in this inventive platform game that utilises the full capabilities of the DS, including the Touch Screen and stylus as well as the microphone. Wario is a man of many talents and in this game it’s all about making the most of a host of disguises, each with their own special abilities, as our fiery-tempered hero enters his TV to search for the legendary Wishstone which promises to grant the holder’s wishes. All the wacky humour you'd expect from a Wario title combines with rich gameplay to make a platformer like no other.

Beginning as a thief, Wario will unlock seven more disguises throughout his adventures. The stylus allows you to switch disguises on the fly, by drawing symbols on the Touch Screen. A circle around Wario’s head will transform him into a helmet-wearing spaceman who can fire powerful laser beams. At other times, artistic abilities might be called for and you can change into Arty Wario who sports a fetching beret and can paint new blocks to reach previously inaccessible areas. Or don your cape to become a superhero by the name of Wicked Wario and blow into the DS microphone to fly into the air. When Wario is involved, nothing is predictable, but join him on his quest and fun is guaranteed!

•Open treasure chests by completing a range of fun mini-games, tapping, tracing and colouring-in on the Touch Screen