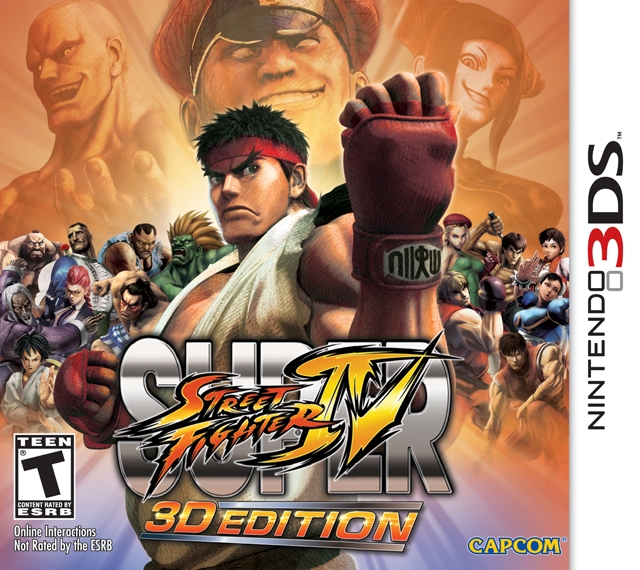 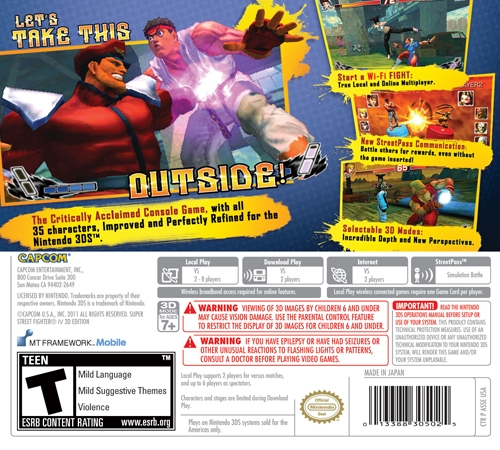 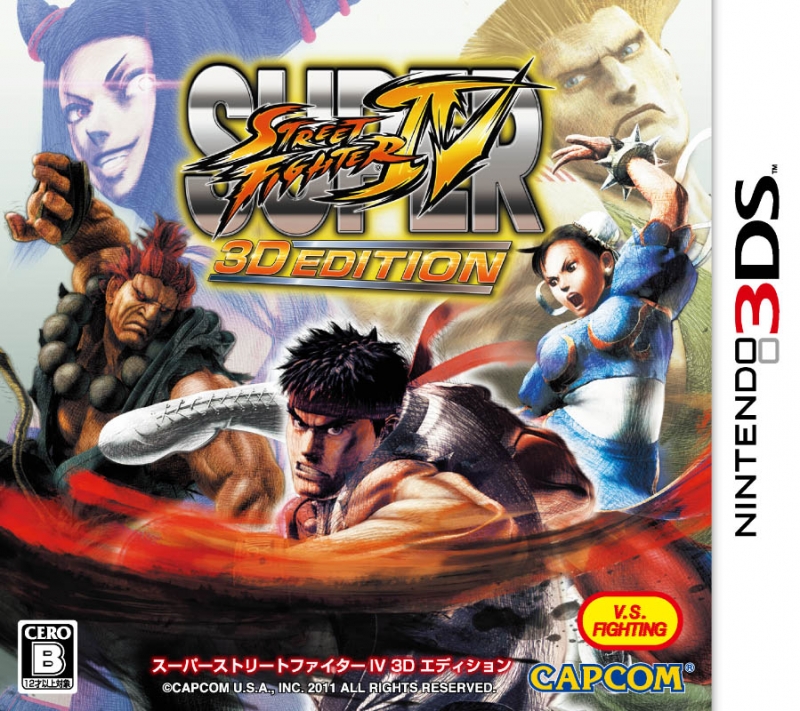 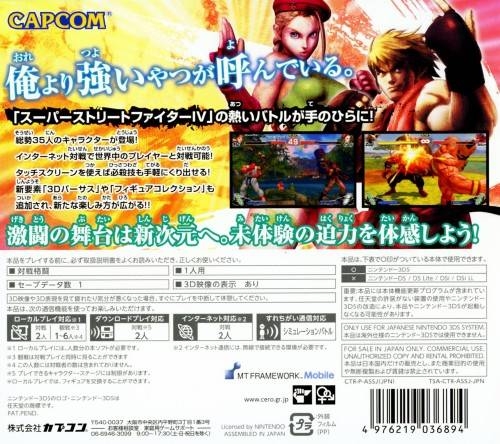 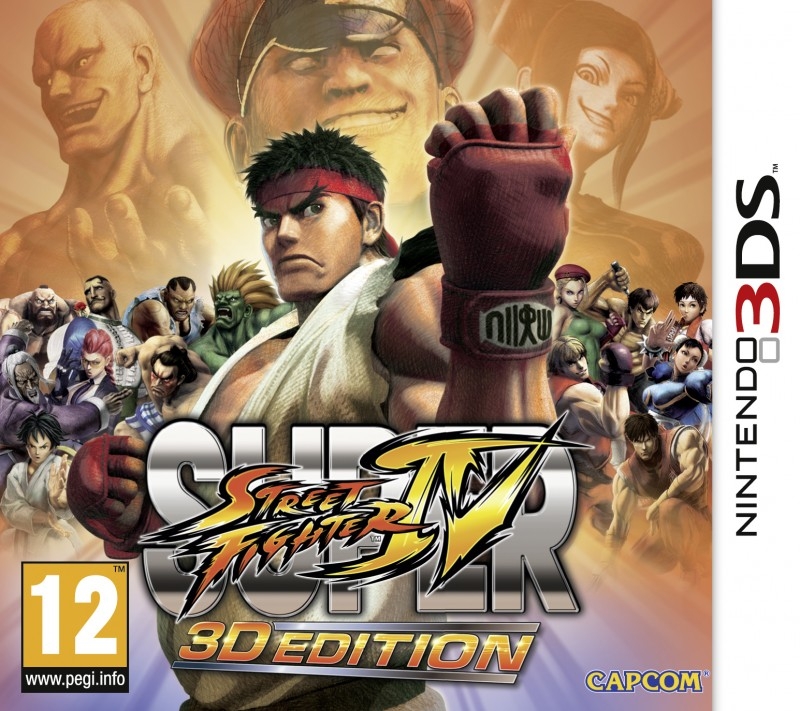 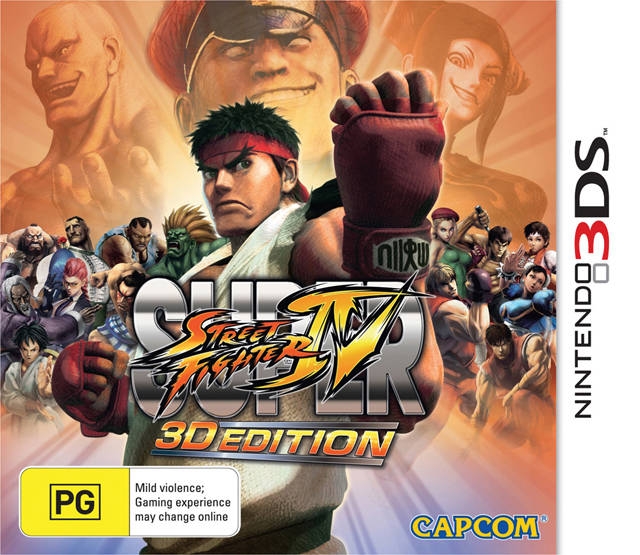 Let’s Take This Outside!

The ultimate version of Street Fighter® perfected and refined for Nintendo 3DS™ with Super Street Fighter IV: 3D Edition. The console experience is now in the palm of your hand.

Packed with 35 playable characters, bonus stages and cinematic Ultra combos, Super Street Fighter IV: 3D Edition expands the action by allowing you to fight your friends locally or across the globe.

New to the franchise are the figurine mode, which utilizes the StreetPass feature to add a collectible meta-game, and the 3D over-the-shoulder camera option that takes fighting to new depths. For those new to the franchise, a simple mode has been added allowing players to pull off challenging moves with a single touch of the screen.

• Online / Local Multiplayer – Fight your friends around the world or in the same room with the only title to utilize the full capabilities of Nintendo’s online network at launch.

• 35 Playable Characters – Select from a large roster of fighters ranging from classic world warriors like Ryu, Ken, Guile and Chun Li to the newly added Hakan and Juri.

• Figurine Mode – The collectible meta-game features figurines of iconic characters in a brand-new addition to the Street Fighter franchise. When passing by another Nintendo 3DS owner, your chosen figurines will automatically battle via StreetPass. Next time you play the game you can view the results and collect your loot.

• 3D Mode – A new optional over-the-shoulder camera option has been added, offering an exciting new perspective of the action.

• Game Sharing – Play a game with a friend using the ever-popular Ryu, even when they don’t have a cartridge!

• Be A Spectator – With the Spectator Mode, use your own Nintendo 3DS to watch your friends battle it out live.