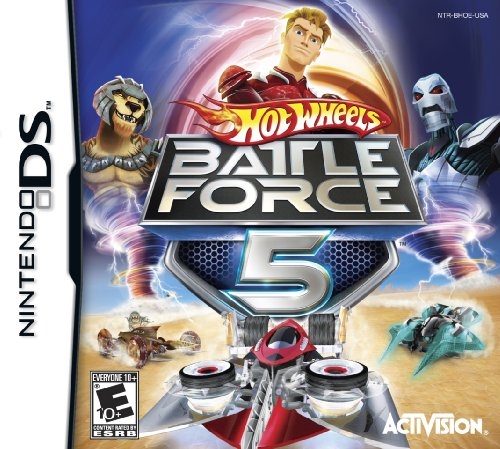 Each Battle Force 5 episode transports kids to a fantasy world where they will meet an elite team of teens in five ultra-cool, ultra-fast vehicles who must work together to save earth from the most outrageous galactic predators. In the game, fans are able to live out these adventures with pedal-to-the-metal combat-racing in numerous Battle Zones, where they car battle with The Sark and The Vandals, dangerous aliens from another dimension. When vehicles execute an attack, they transform and unleash their battle mode weaponry. Speeding along tracks between Battle Arenas, players must find a key in each Battle Zone to close the portal and prevent the aliens from invading Earth.