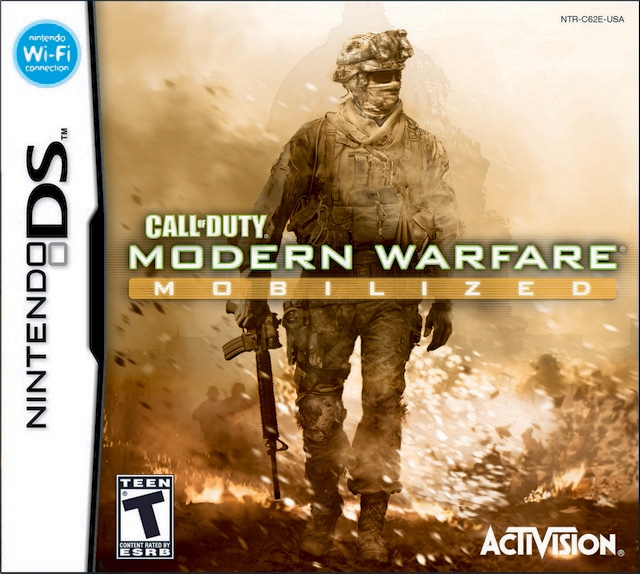 RETURN TO MODERN WARFARE – Arm yourself with the most cutting-edge military weaponry and tactics in the world to take the fight to the terrorists. Wield assault rifles and high-caliber sniper rifles, disorient your foes with flashbangs, smash through the opposition in a massive Battle Tank, or call in an air strike to level an enemy position.

DIVERSE GAMEPLAY – Fight on the ground in building-to-building tactical combat, hack into enemy computer terminals, take the controls of military vehicles like Battle Tanks and UAV spy drones, or man the guns of an AC-130 gunship and rain down destruction.
• The all-new Survival Mode pits you and your squad against wave after wave of advancing enemy troops.
• Replay any level in Quickplay Mode.
• Try and beat your best score in new Arcade Mode.

BIGGER AND BETTER MULTIPLAYER – Battle it out with up to 6 players in either local wireless play or Nintendo Wi-Fi Connection.