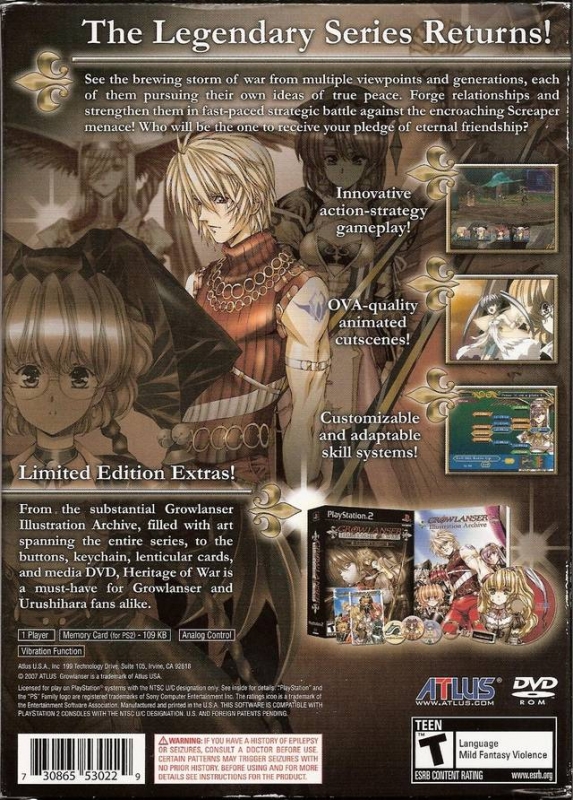 About Growlanser: Heritage of War

On an island continent shrouded in darkness and bounded on every shore by an impassable veil, war rages among desperate inhabitants fighting for survival. A mysterious famine has ravaged the land, leaving its denizens to struggle over what little fertile land remains. There is no safe haven; land that war has left untouched is still threatened by the Screapers, fierce and powerful monsters steadily encroaching on the cities of men. Hope is fading - who will rise to save this dying land?