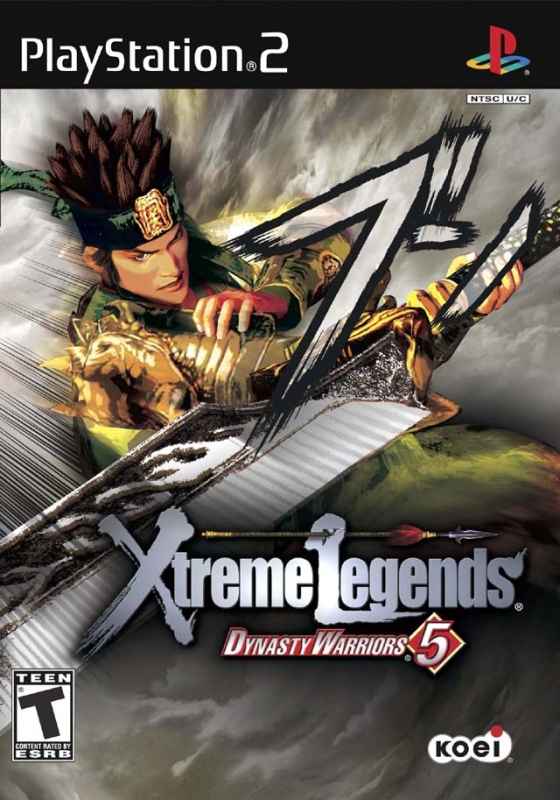 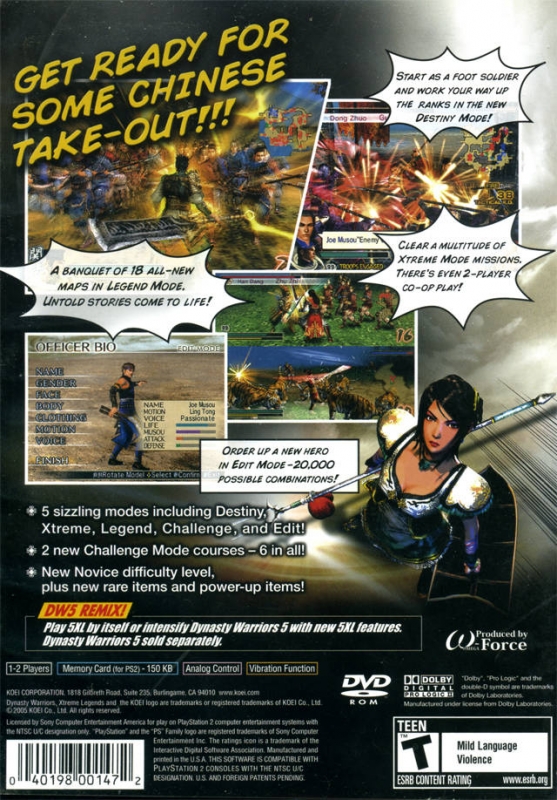 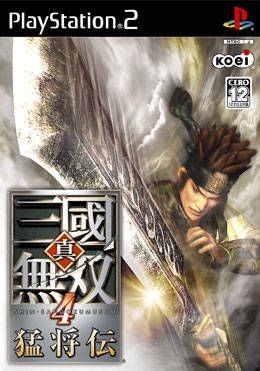 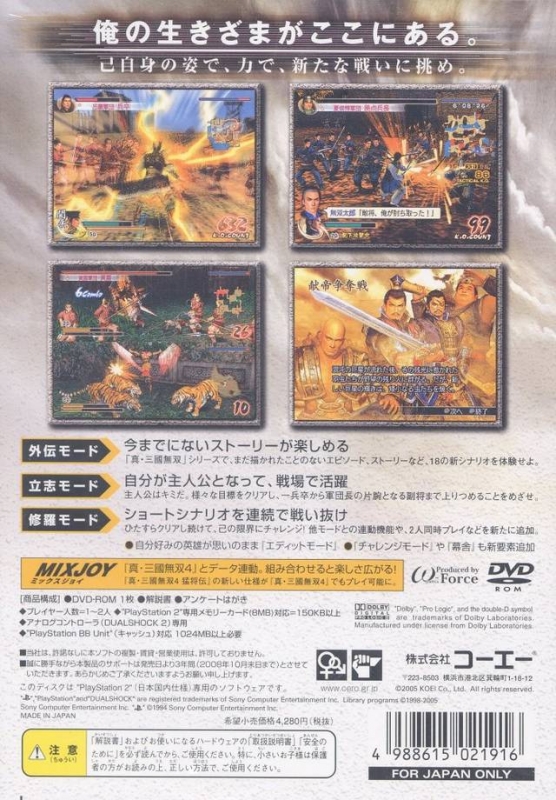 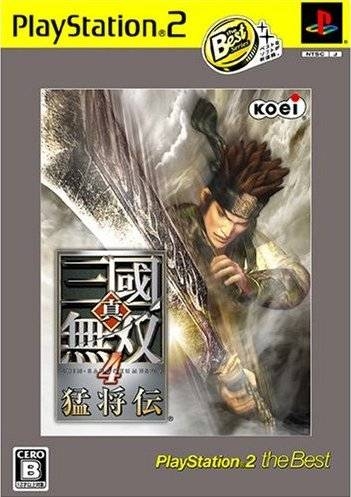 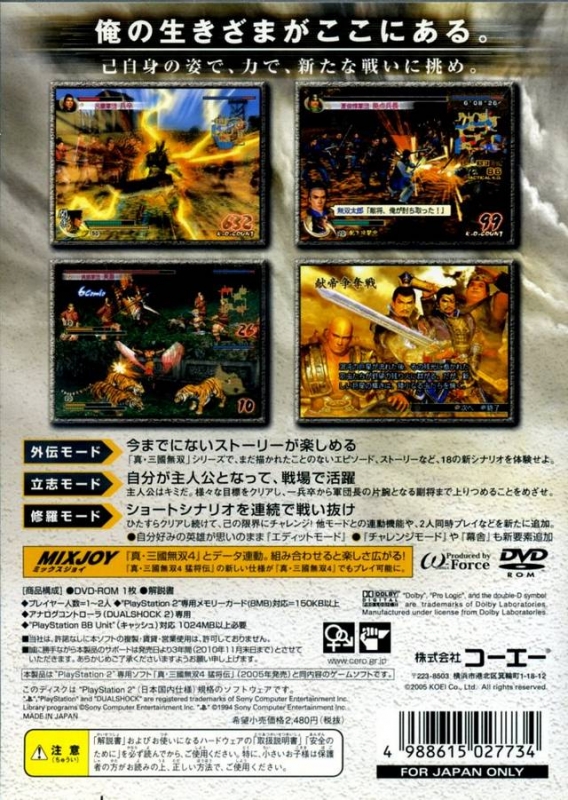 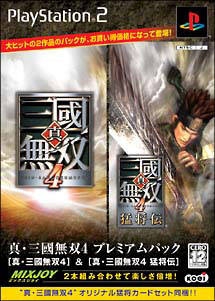 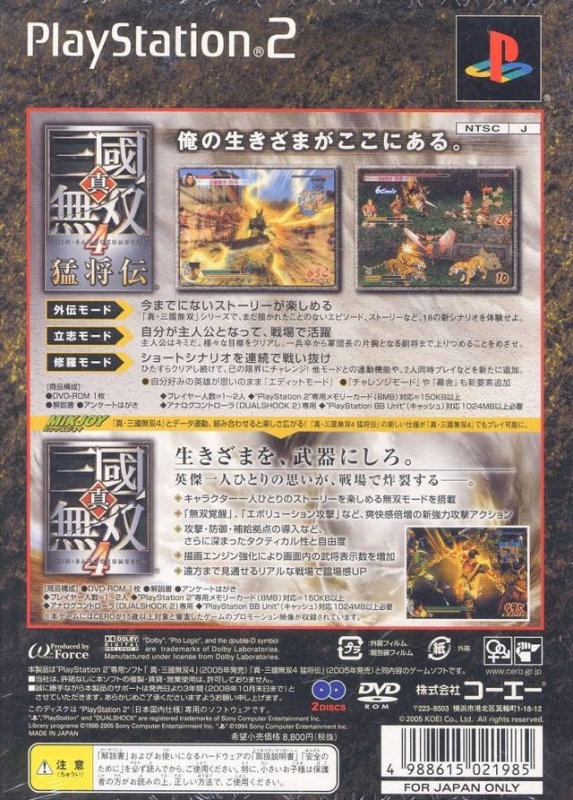 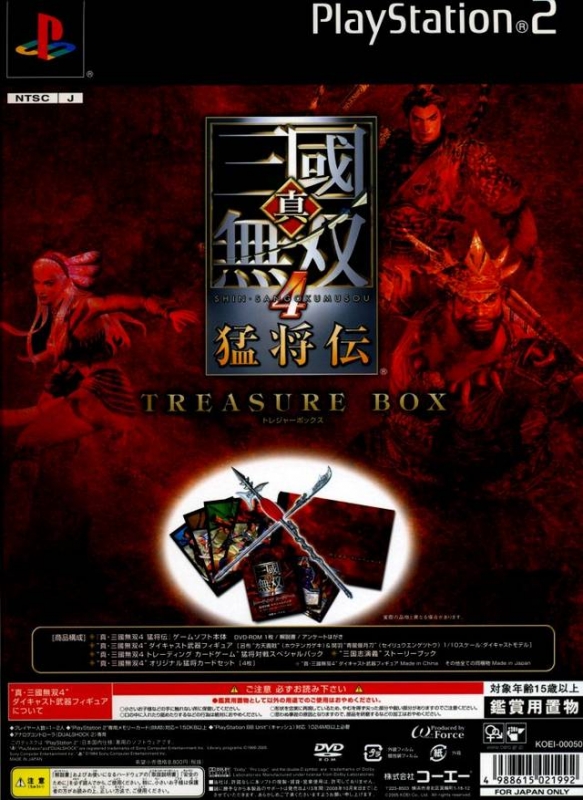 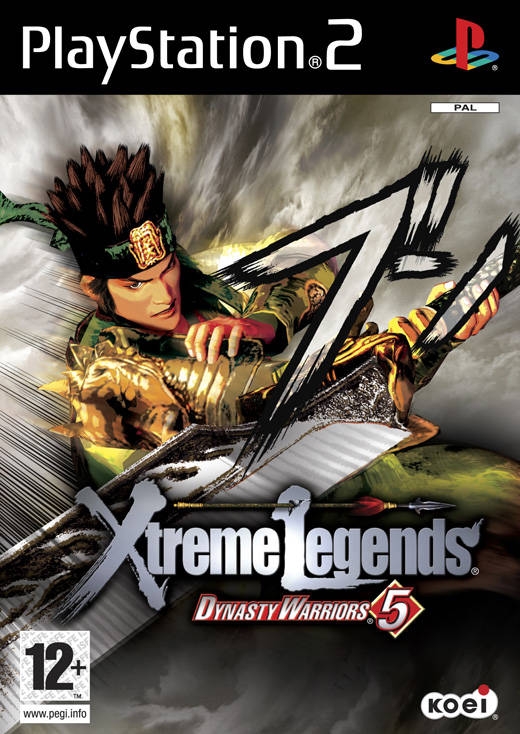 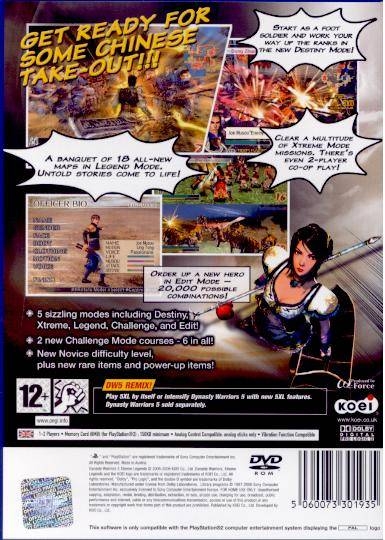 DYNASTY WARRIORS 5 XTREME LEGENDS serves up a banquet of 18 all-new maps, 5 sizzling modes, and so much more! In "Legend" mode, gamers will take part in never-before-told stories, including the first showdown between the Kingdoms of Wei and Shu, and the attempt to kidnap the Emperor. Players can order up a new hero in the series' most expansive "Edit" mode; with à la carte options to create 20,000 possible character combinations. In the game's new "Destiny" mode, the player starts as a foot soldier, and works their way up the ranks. Gamers will have a previously unheard of level of control over their character's destiny by choosing which officer and kingdom they will serve. If a player becomes unhappy with his commanding officer, the player can switch allegiance to another general and kingdom. Additional features include 2 player co-op play in the intimidating "Xtreme" mode, two new "Challenge" courses, a new "Blacksmith" system that allows players to upgrade their characters and weapons using special items, a "Novice" difficulty level, plus new rare items and power-up items.