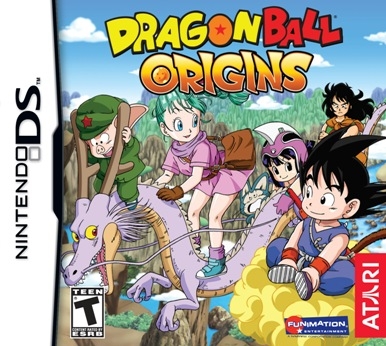 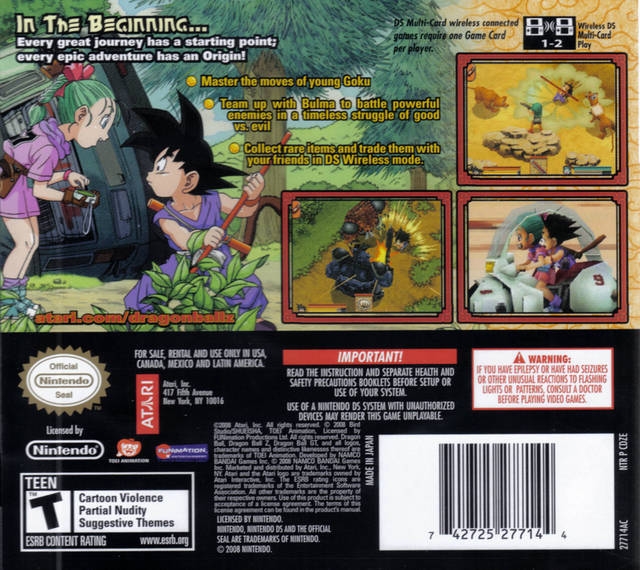 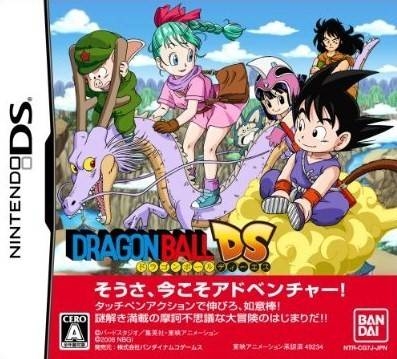 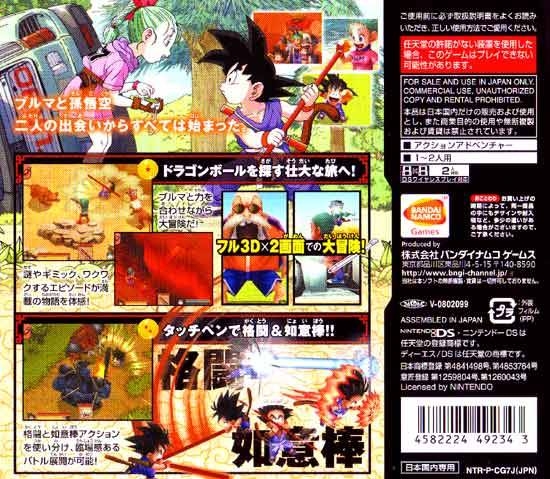 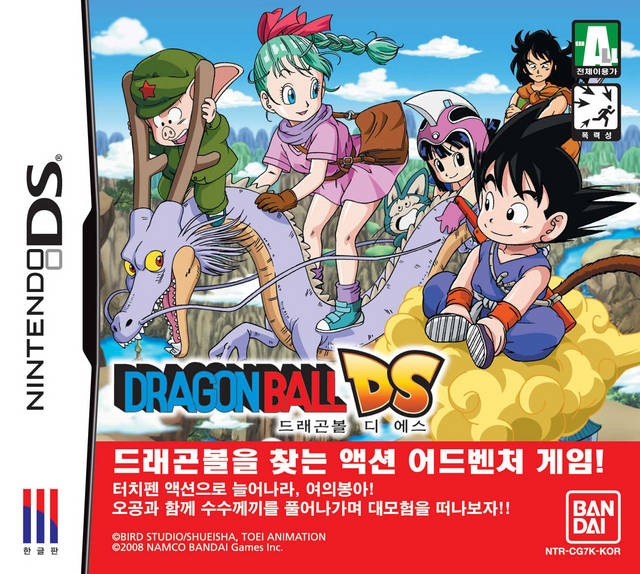 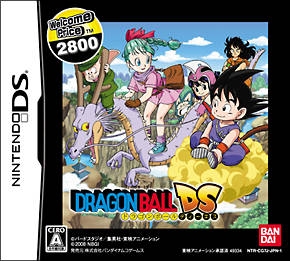 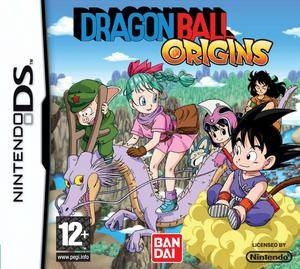 Kid Goku and Young Bulma embark on the adventure of a lifetime!

Dragon Ball: Origins introduces Goku and his clever sidekick Bulma who must travel the world overcoming enemies and obstacles to collect the 7 Dragon Balls.