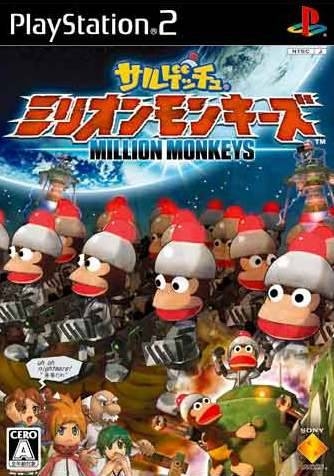 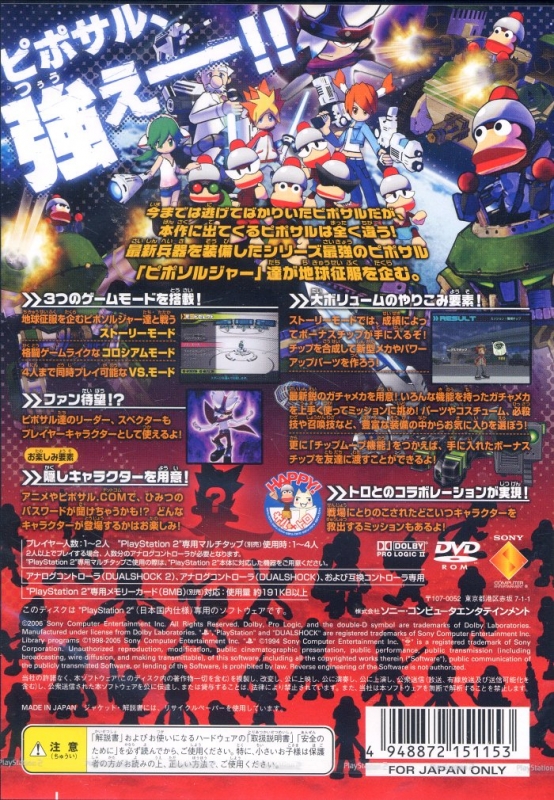 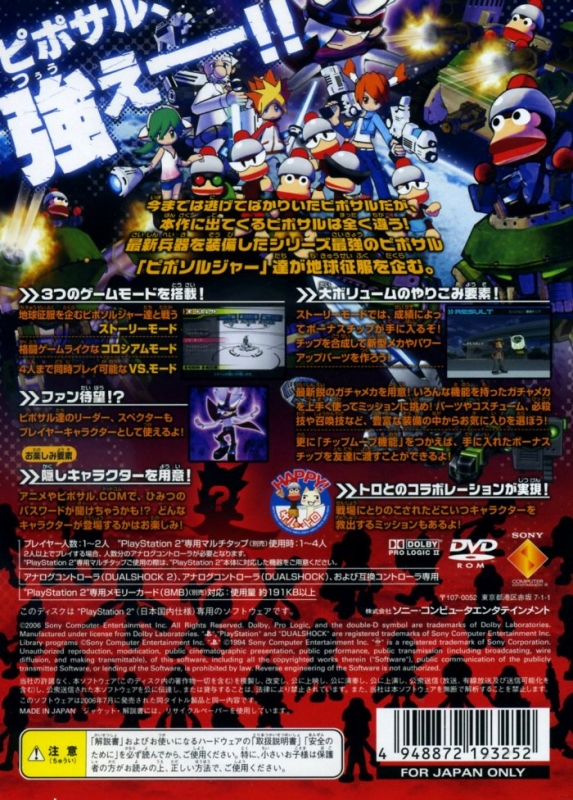 Saru! Get You! Million Monkeys (PS2)

Ape Escape Million Monkeys is not about catching apes - this time it's war! To save the day, and the planet, players need to take on a mighty army of angry apes, hell-bent on world domination, and give them the kicking they deserve. Just watch out for familiar faces from past Ape Escape titles and be warned - the monkeys aren't just armed: they're dangerous too. Choose from high-tech vehicles and customisable weaponry to fight against the hoards of monkeys. Massive Battles against hordes of gun-toting apes and gigantic ape battle-robots. Enjoy a range of extensive multiplayer options including a chaotic four player battles and a 40-stage Survival Mode.