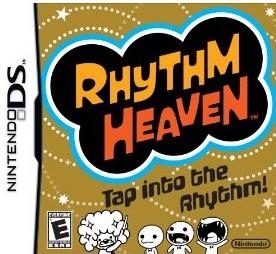 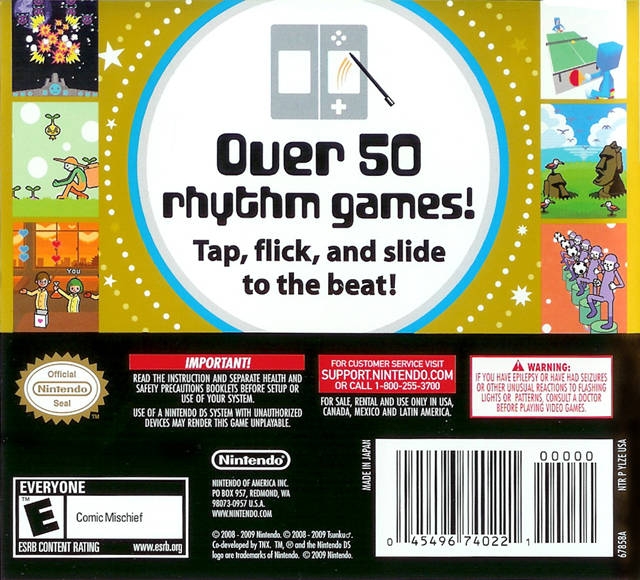 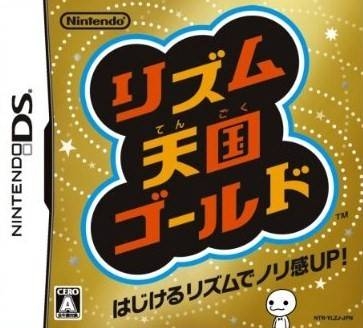 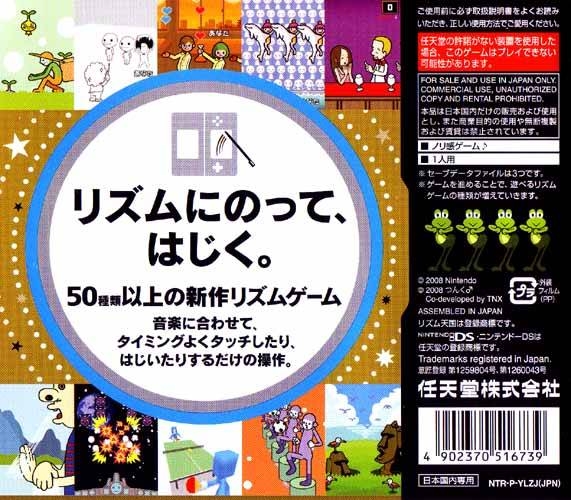 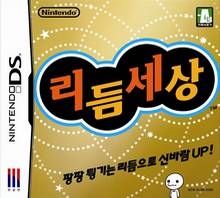 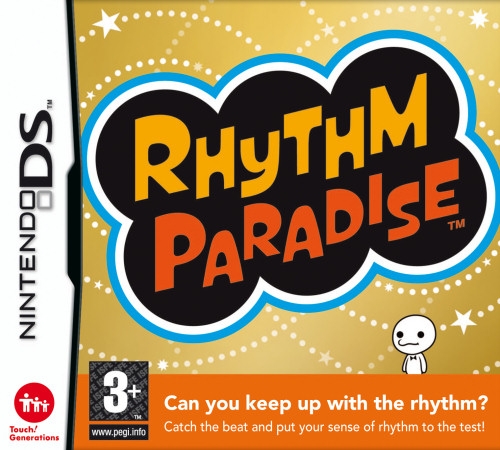 Does Nintendo's latest music game live up to its name?

Nintendo never misses an opportunity to illustrate their understanding of the word ‘ironic.’ Several months ago the celebrated developer released WiiMusic, a music game that centered completely around a basic rhythm-keeping design, to vapid criticism. Then, on April 5, 2009, the House of Mario deemed North America worthy of experiencing Rhythm Heaven, a music game that uses a notably similar design but stretches it to unimaginable heights. This game will make you fall in love with music games all over again.

Rhythm Heaven is a bizarre departure from the orthodox rhythm game design that has been around for more than a decade. Modern music games are centered on players being able to contort and move their fingers fast enough to complete an assigned task. Rhythm Heaven strips all that away and comes back to the most basic element; keeping rhythm and time. Wii Music did that, too, but with this title Nintendo didn’t forget to apply gameplay to the rhythmic element. The touch screen controls are also simple yet polished. They include four basic inputs that are mixed, matched, and used in various ways. They are: tapping the screen, holding the stylus against the screen, sliding the stylus on the screen, and performing a ‘flick’ (which the game will teach how to do via a tutorial). Fusing this simple time-keeping mechanic with great gameplay and responsive touch screen controls results is an innovative and addictive gaming experience. I cannot overemphasize how addictive this game is; it will consume you.

What makes Rhythm Heaven so addictive is the small nuances in design philosophy the game has when compared to other music games. Other games in the genre rely very strongly on visuals and employing what is essentially a ‘Simon Says’ mechanic. Matching colors, using correct finger formations, and touching the screen (in a game like Elite Beat Agents) are all driven by on screen representations that prompt the player for input. The music’s beat acts as a simple guide, but is never the driving power behind the experience. Rhythm Heaven transposes this design. The music’s beat and rhythm are king in this game; all user input will be dictated by the music. This game can be played with your eyes closed, and in some cases, closing your eyes will make an extremely challenging stage passable. Following the beat is so important in this game that your other senses become liablities and you will find yourself jacking in your noise-canceling earphones and closing your eyes just to almost pass the later stages. This 100% auditory design is refreshing and oddly unique in this genre. Games like Rock Band and Guitar Hero can be easily played while muted, which paints a picture that music may not be the primary focus. Such a claim cannot be made about Rhythm Heaven.

Does this mean that Rhythm Heaven should be played with your eyes closed? The answer is 'no'. The graphics are not technically impressive; they would not have been considered impressive on the Super Nintendo. But they are cute and extremely humorous, which makes them a joy to watch. This is the exact same gimmick that WarioWare uses. The visuals are very cheap, and there are existing free flash games that look better, but they are charming and the style captures the levity that permeates the title. The famous Glee Club stage is a great example of this. That stage can be completed with your eyes closed, and the visuals are nothing more that hand drawn cartoons with no paint added. However, it is much more enjoyable to watch the visuals while playing because the animations of the characters singing with huge gapping mouths is hilarious, and the only thing funnier is when you mess up and the other two Glee Club members scowl at you with hatred. Each stage is presented in a very basic animation style with little to no color, but they match the music and spirit of each musical track perfectly. The presentation offers much with very few resources expended.

The music featured in this game is very memorable. All the tracts that do not feature vocalization are catchy and fun. Most of the music in the game was written by Tsunku, a prolific Japanese musician. Tsunku also is the mastermind behind the Rhythm Heaven franchise (Rhythm Tengoku Gold in Japan). The tracks that made it to North America unchanged are the best and thankfully the vast majority of them do remain untouched. However, some of the music did go through localization and Japanese lyrics were replaced with English ones. These are horrible in the worst possible way, as the lyrics make no sense but get stuck on your head. It’s disappointing that no option was included to switch to the original vocals as these would probably be one hundred times better than the English vocals packaged with the game.

Rhythm Heaven is a complete package for $29.99. It features 50 stages with a few being clones at a higher difficulty and 10 remix stages that amalgamate the gameplay of four other stages. The difficulty curve is unforgiving and starts at hard and rises dramatically as each stage is completed. In addition, the game awards achievement with medals. For each ‘Superb‘rating and for each perfection challenge completed the game awards one medal which can be used to purchase mini-games and endless challenges. Nintendo crammed a lot of incentive to come back over and over again into this cart.

Rhythm Heaven is exactly the kind of game the aging DS platform and music genre needed. It injects a quirky style, memorable music, and tons of imagination into a small portable experience. It also turns the music genre on its head as it shows that focusing on auditory stimulus is just as effective and compelling as visual stimulus. If you own a DS, then Rhythm Heaven is currently the must-buy title of the year.