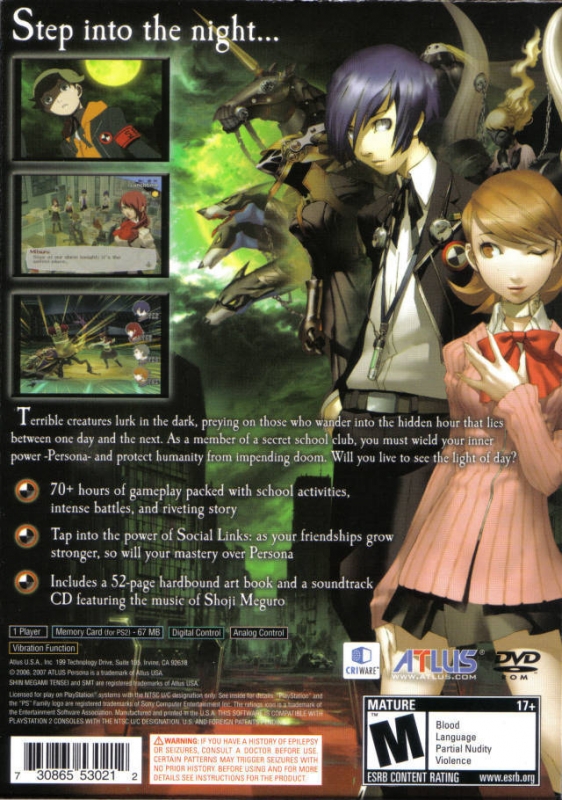 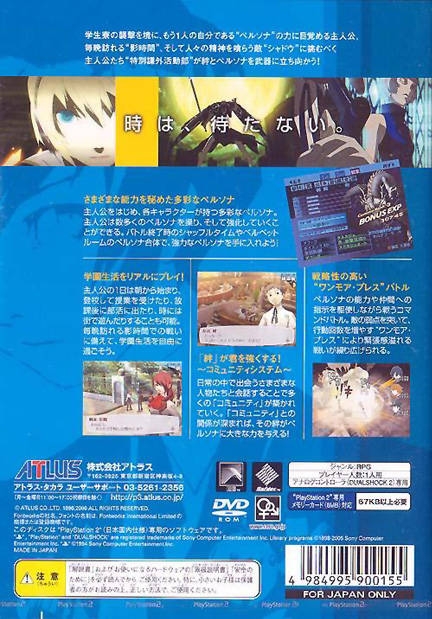 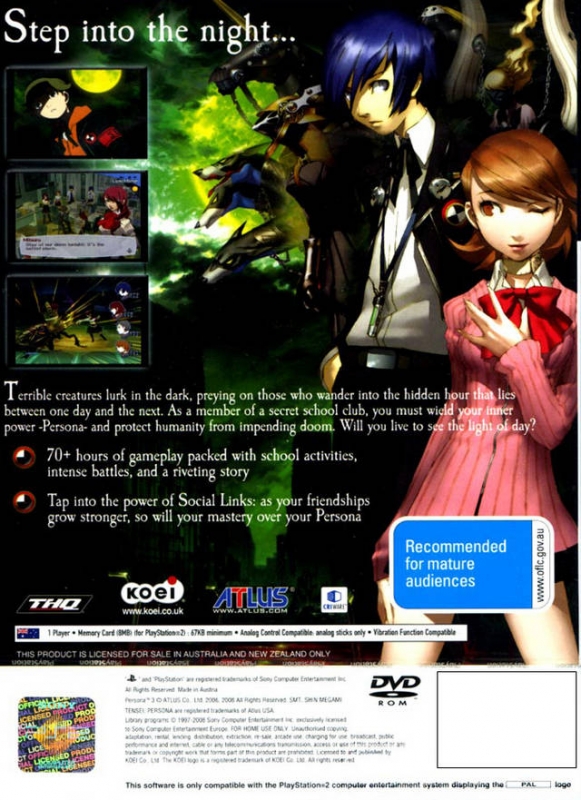 In Persona 3, you'll assume the role of a high school student, who was orphaned as a young boy, and has recently transferred to Gekkoukan High School on Port Island. Only days after he arrives at the school dorm, he is attacked by a Shadow. The assault awakens his Persona, Orpheus, his only chance at defeating this creature of the night. He soon discovers that he shares this special ability with other students at his new school. From them he learns of the Dark Hour, a hidden time that exists between one day and the next, swarming with Shadows that have been slowing claiming victims known as The Lost—poor souls who have inexplicably been turned into walking zombies. Under the supervision of school chairman Shuji Ikutsuki, he joins his new friends in confronting this evil threat. With your school as the primary battlefield, you'll be forced to juggle between two lives: student by day, defender against evil by night. And your greatest challenges await you on the eve of each full moon.