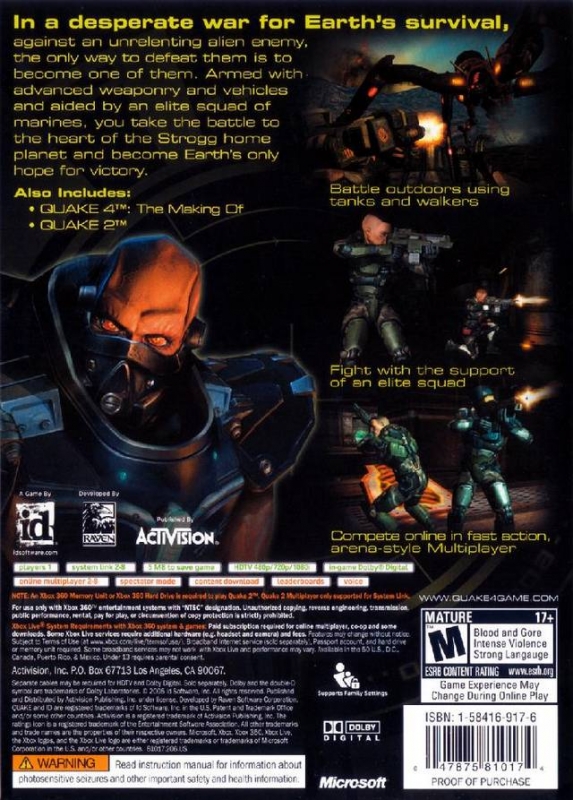 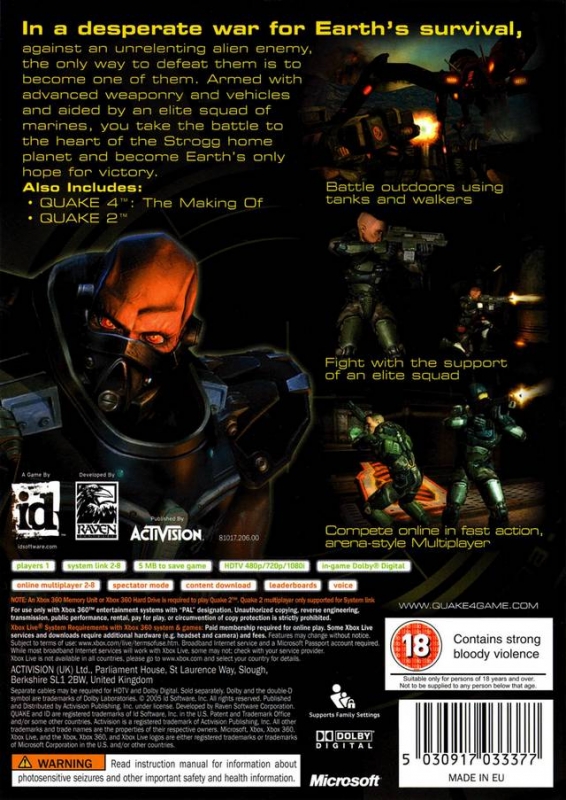 In a desperate war for Earth's survival against an unrelenting alien enemy, the only way to defeat them is to become one of them.

Earth is under siege by the Strogg, a barbaric alien race moving through the universe consuming, recycling and annihilating any civilization in their path. In a desperate attempt to survive, an armada of Earth’s finest warriors is sent to take the battle to the Strogg home planet.

You are Matthew Kane, an elite member of Rhino Squad and Earth's valiant invasion force. Fight alone, with your squad, or in hover tanks and mechanized walkers as you engage in a heroic mission to the heart of the Strogg war machine.

Battle through early missions as a deadly marine, then after your capture, as a marine-turned-Strogg with enhanced abilities and the power to turn the tide of the war.