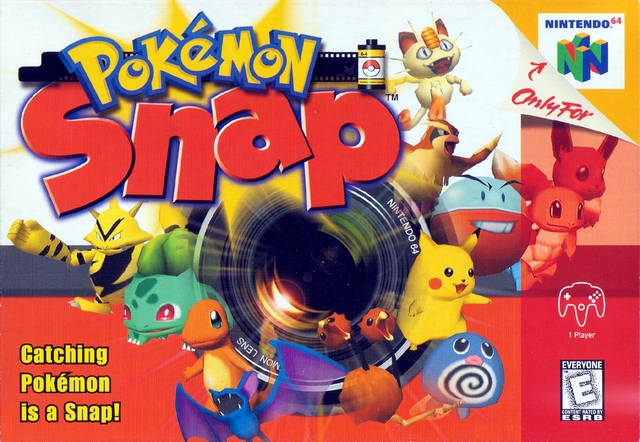 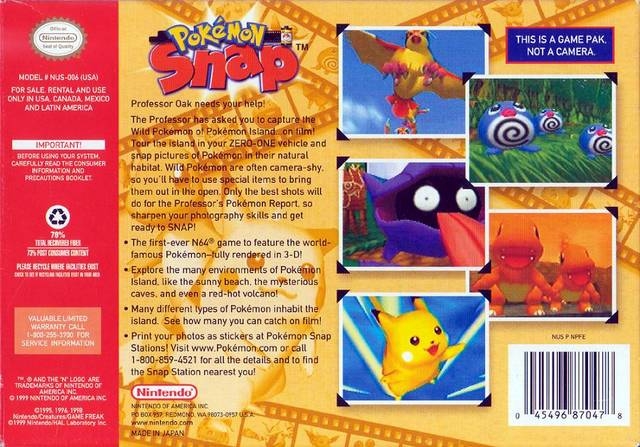 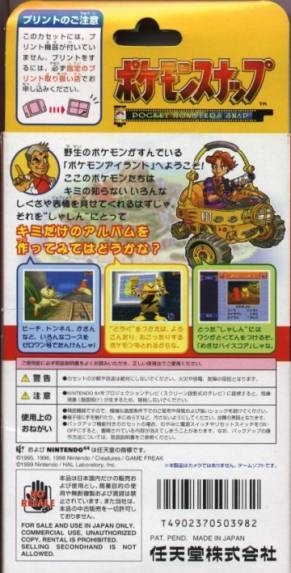 Pokemon Snap's arrival on the Virtual Console comes with both positive and negative considerations. On the plus side, the added Wii functionality and ability to share your photos with friends is definitely notable and one of the most interesting and encouraging features we've seen added to a classic game release, well, since the VC first launched last year. But on the negative end, Snap is a game that's certainly showing its age now more than ever before – its franchise has gone on and grown through the past decade, and it's still crippled by only featuring a small subset of the very first generation of Pocket Monsters. What the Snap concept really needs isn't a VC re-release with a bit of added-in photo sharing – it needs a sequel.

As one of the most unique games in a renowned series, Pokémon Snap was the first truly 3-D Pokémon game and introduced the phenomenon to the Nintendo 64.

Travel to Pokémon Island and meet Professor Oak to begin a safari, taking the best possible photographs of 63 different Pokémon as they exist in the wild, undisturbed by humans.

This is not as easy as it sounds—the island has many types of climates and environments to explore, along with secret activities and hidden passages to discover. Plus, some of the Pokémon can be a little shy and won't pose for the camera unless you tease them with special items.

After you're done, submit one picture of each Pokémon to Professor Oak, and he'll judge it based on size, pose, technique and number of Pokémon captured.