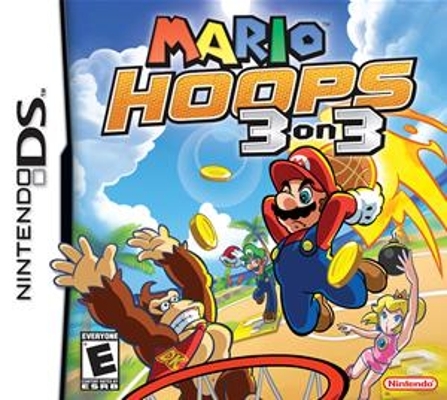 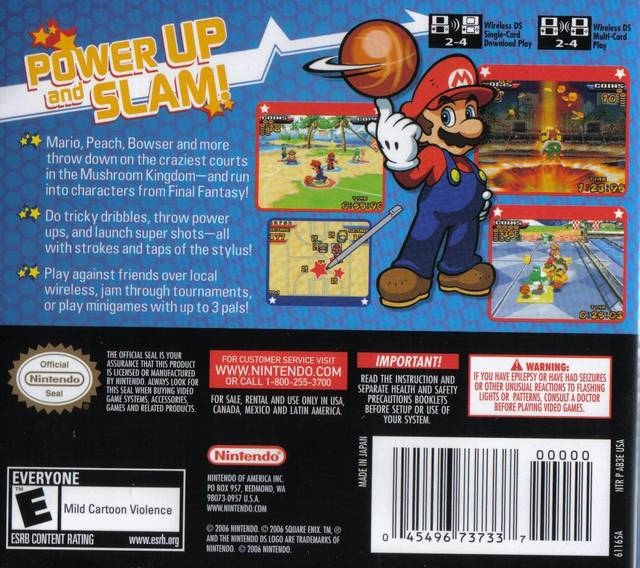 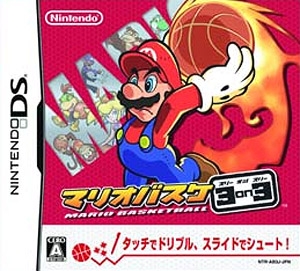 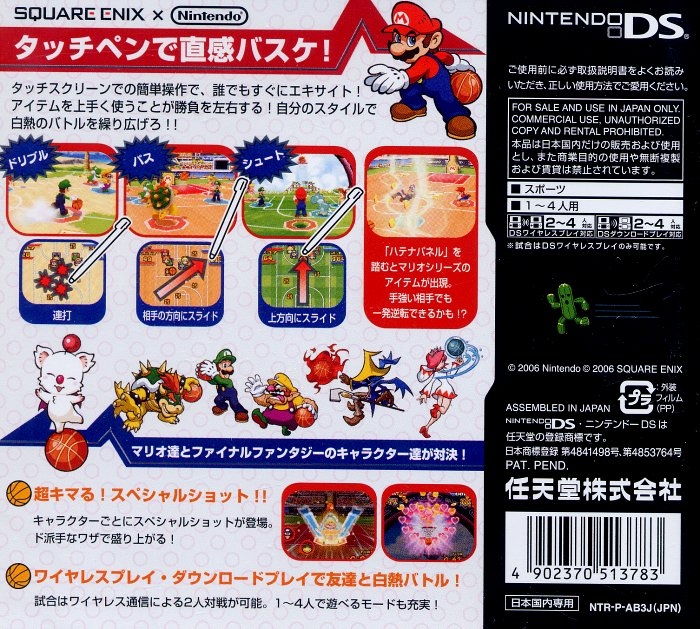 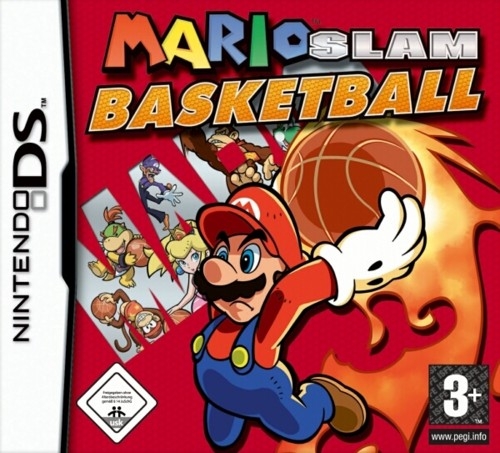 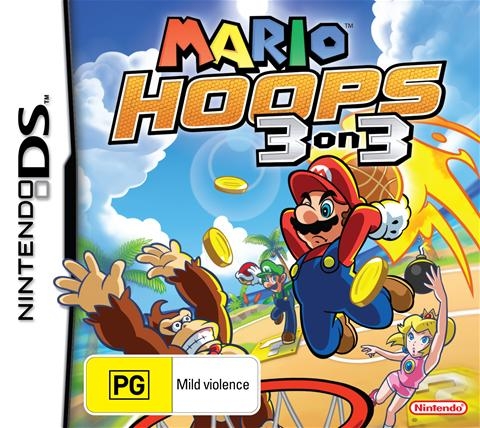 Dribble, steal and score at the touch of your DS stylus!

It’s a whole new ball game as Mario rocks the rim on the Nintendo DS.

It's time to throw down on the court. Take on the superstars from the Mushroom Kingdom (and some special guests) with the super hands-on control of Mario Hoops 3-on-3.

Stylus points
Use the touch screen to get you game on as you execute tricky dribbles, special passes and sweet shots – all with strokes and taps of the stylus. To score big, you'll need to dribble around the court and collect as many coins as possible. When you make a shot, you get a set number of points (20 for a traditional shot) in addition to points for all the coins you've collected. The team with the most points when the buzzer sounds wins the game.

You'll use the Control Pad to move your ballers around the court, automatically dribbling the ball. However, the default dribble allows slow movement. To get your players really moving, you'll need to tap on the screen to accelerate their dribbling and movement. If you tap left, the baller will dribble with his left hand; if you then tap right, the baller will perform a crossover dribble and switch hands flawlessly. This becomes vitally important when a defender is cheating toward one of your sides. When the defender attacks your left side, you can switch your dribble to your right side and blow by her.

Strokes take care of the rest of the action. You'll stroke left or right to pass to one of your partners. Stroke up to jump when you don't have the ball or to shoot when you do have the ball. If the defense is lax, you can tap and hold on the bottom of the screen to charge your shot. When your baller glows, stroke up to shoot the high-percentage shot.

Each character also has a special shot or slam. To perform this, you'll need to tap a certain pattern on the touch screen twice to make the shot. For Mario, for example, you'll need to tap five points on the screen that make an "M" (bottom left, top left, bottom middle, top right, bottom right). If you can perform this series of taps twice, Mario makes a show-stopping unblockable shot that won't miss.

Tenacious D
Mario Hoops 3-on-3 is a full-contact sport. Hack and smack your opponents to make them lose the ball and lose coins. If projectiles are more your speed, you'll find tons of power-ups like Red Shells and Bob-ombs on each court. Each court is special in its own way, with some covered in ice and others tilting side to side.

When you're defending someone, slap at their ball hand by moving your character with the Control Pad to the ball side and then stroke down with the stylus. If you want to inflict more damage, you can stomp down on them by stroking up to jump and stroking down to smash the ball handler with your backside. When you smack him up, he'll lose coins, fall to the ground and let the ball roll away from him.

When someone's driving to the hole, you can perform a spin block that has the same effect as the stomp. More than just a block, you'll both block the ball and smack the shooter off his feet, causing him to lose coins.

Cool characters, cool courts
In addition to several Mushroom Kingdom mainstays, players can unlock several characters made famous by the game's developer, Square-Enix. From the Final Fantasy franchise, Moogle, Ninja and White Mage are just a few of the characters you can recruit to your 3-on-3 team.

Probably the most striking difference between Mario Hoops 3-on-3 and other basketball games you've played is the courts. Some have Bob-ombs running around, others are made of ice and some have special baskets. On one court, a Piranha Plant acts as the hoop, and it will smack anyone who tries to dunk into its mouth. It's that kind of court creativity that makes Mario Hoops 3-on-3 a special game with a ton of replay value.

Bottom Line
Whether playing against friends on a local wireless connection, jamming through a tournament or playing mini-games, there’s a mode for everyone. The player models and graphics look great! With tons of great unlockables, you'll be balling for a long time.