Sony is arguing that Microsoft's 10-year commitment with Nintendo to bring Call of Duty to Nintendo platforms is misleading, according to an internal report from MLex and reported by ResetEra user Idas.

The report says Activision Blizzard can supply Call of Duty on Nintendo platforms now, however, they don't as Nintendo's audience is younger and "is not interested in the first-person shooter and a previous version of the game on its console was a commercial flop."

The last Call of Duty game on a Nintendo platform was 2013's Call of Duty: Ghosts on the Nintendo Wii U. It should be noted the Wii U was a commercial failure having only sold 13.56 million units lifetime. 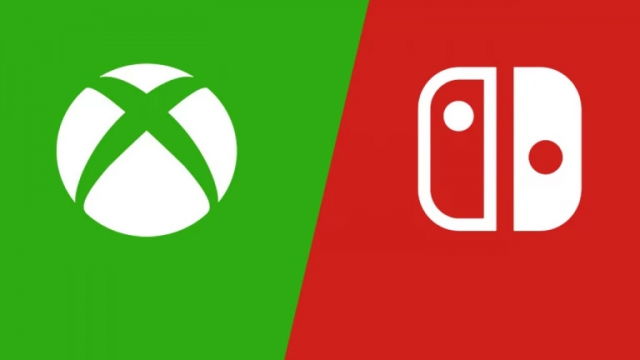 Sony argues that the licensing agreement Microsoft has with Nintendo is designed to make Microsoft appear to be cooperating with regulators.

Sony claims the Nintendo's Switch would not be able to run Call of Duty easily and the hybrid console may never be able to. It could potentially take years to develop a version of the franchise compatible with the Switch, which would make the 10-year deal meaningless.

Sony says it is easier for Nintendo to enter into an agreement with Microsoft than them as "Nintendo doesn't need to worry about equal treatment for its subscription service or cloud gaming service as those are not areas where it currently competes aggressively."

God damn is Sony dragging Nintendo through all the mud xD I like how Sony has been able to speak exclusively on Nintendo's behalf throughout all this.

MS just needs to show regulators Nintendo's own internal data, that's shown to all investors, indicating that the average Switch player is in their early 20's. Also, you really think teens aren't playing CoD? Come on.

If literally the entire DOOM franchise can be on the Switch, CoD can as well. Which is arguably more "mature" than CoD lol. Also, the Switch itself isn't named in the deal. With the rumored DLC of Modern Warefare 2 being the 2023 "new release" we'll probably see CoD on the Switch 2 in 2024.

COD player base is probably 50% teens.

Sony doubling down on their desperately stupid takes is hilarious to see.

They do know both doom games sold well. So did wolfenstein. Gta games even made it to the switch. Witcher 3 sold well in switch. That's just a few of many. Hell even bayonetta 2 and 3 sold well. All are for mature audiences. Its really showing Sony desperation.

wow this is really getting ridiculous now...

Sony arguing that Nintendo is for kids is divorced from reality and a bad faith argument. They ought to know better.

The things is even if we would consider what Sony said as true, it still a contractual agreement that undoubtedly shows Microsoft willingness to not remove CoD from other platforms. Even if MS did this only to sway the regulators the reality of this deal still destroy like 95+% of Sony diatribe against the buyout and regulators, even though they may feel the same, cannot overlook this and have no choice to accept they lost their most potent anti-competition claim.

Wow, So Nintendo is for kids argument is back again and from Sony at that. Shows or ignorant Sony has become. This whole deal really is showing them in a new light.

What a bad faith argument by Sony. "The reason Activision-Blizzard doesn't release CoD on Switch is because they know it will flop". And you know that how Sony? It's my understanding that the CoD ports on Wii were relatively successful (I think one sold over 2m copies and all of them sold over 1m copies I believe), yet they are basing that flop claim on the last CoD that was on Wii U, a console which itself flopped. The demographics of Switch are vastly different than any previous Nintendo console, you can't say that a CoD will flop on Switch until it has actually been tried.

Oh, Sony. Way to ignore the very data Nintendo has provided showing otherwise. Also, that last Call of Duty game was 9 years ago.

okay wow, this is just insulting as all hell, I mean c'mon...

These are grown ass men, some way older than us, and they are using the tactics of a fanboy on the opposite team.

Nintendo has had games before in the past that were intended for mature audiences, like where the fuck are you getting the idea that it's only rainbows and sunshine?.

Also basically implying it would take 10 years to develop a different version of call of duty for a hybrid system lol. Switch 2 probably wont be thay much weaker than the Series S. Any game that runs on the Series S you'll probably just be able to lower the resolution and turn off some special effects and maybe like drop the draw distance a little bit to run it on Switch 2, then use DLSS to bump the rez back up to acceptable level.

the wii was way underpowered compared to the 360 and ps3 and call of duty games was running on it back then. same can be done with the switch with downgrades like did that gen.. but hopefully its not cloud versions they have in mind

LOL. I hope Microsoft buys everyone and their mother after this deal. Go after Square Enix next. That'll be hilarious to watch.

Yes, bc that would be great for our industry. Well thought out.

It would be. More will have access to the games if they do buy everything.

all they need is rock* from here

Who cares about games it's about owning and promising. Xbox sells fine whilst it barely has any first party support.

Case in point in this years Black Friday . There’s no 1st party title yet it shocked even me that Xbox outsold ps5 this Black Friday.

There are first party titles and it may shock you: I got my first Xbox for Obsidian. And I am very happy with Grounded and Pentiment. Yes, I know PS has God of War and Horizon, yet I don't really care for these titles. Grounded and Pentiment on the other hand are right for me. And I feel like I can answer here, because I am actually one of these new customers. I did not buy for promises, not for brand, I did buy it for games and good games at that. Others may care more for God of War and Horizon, I am sure they will buy PS5.

Sorry my bad yes there are some but I meant more in the lines of gears or starfield level titles but yes thank you . I played grounded and it’s a very fun interesting experience.I have not tried pentiment but it is on gamepass …… any good ? Hard to learn ? If you say it’s good I’ll download it

Well I am a fan of classical point and click adventures, and Pentiment is very similar to that. If you have Gamepass you can try it out without financial risk.

Wait, what? Isn’t the Call of Duty audience primarily kids/teenagers?

Sony has a point in that if COD was such a guaranteed succes on Switch, why isn't it on Switch to begin with.

Great question!
Activision initially didn't want to port Crash trilogy to Switch, it was done by one guy on a weekend: https://www.nintendolife.com/news/2018/06/one_guy_got_crash_bandicoot_n_sane_trilogy_up_and_running_on_switch
So the Activision management had decided - probably after careful consideration - that Crash wouldn't be successful on Switch. How bad did the Switch version.
https://screenrant.com/crash-bandicoot-n-sane-trilogy-switch-sales/
Oh - that bad...
So the answer to your question is: Activision is run by morons.

It's probably due to Activision. They remember what happened when the a last cod failed on wii u. To get switch version working it would require alot of work which Activision didn't want probably. It will definitely sell better now that switch has over 117 million people. Even if 5 percent of that buys cod, that's a success compared to wii u which only had roughly 13 million.

Is he saying any lie in here ?