The Devil Within: Satgat Announced for All Major Platforms

Users who own the PS4 and Xbox One versions can upgrade to the PS5 and Xbox Series X|S version for free.

View the PS5 and Xbox Series X|S trailer below:

Read details on the next-generation versions below:

Biomutant on the PlayStation 5 unleashes not only framerates but also the power of the DualSense. Feel even more immersed with haptic feedback, adaptive triggers, motion control, and speaker sound. On top of that the PlayStation-exclusive Activity Cards will also offer a variety of different ways to jump straight back into Biomutant. If you already own the PlayStation 4 version, you will be able to upgrade to this enhanced version for free and you can even bring those delicious PlayStation 4 save files with you!

"Quality Unleashed" nice concept I like that very much.

That way the game can scale better onto future consoles 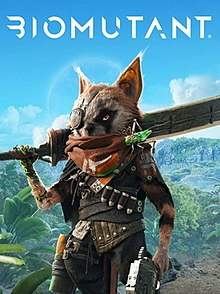