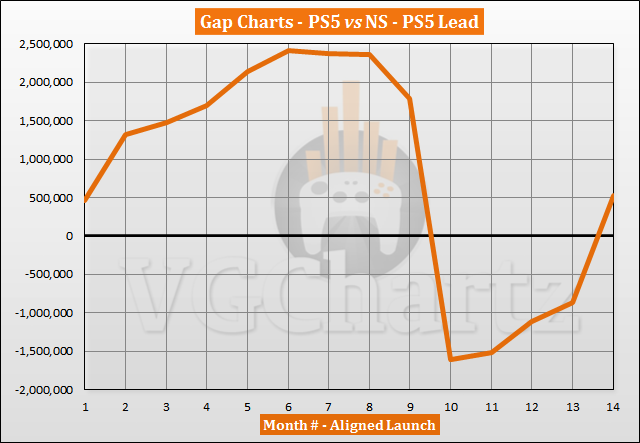 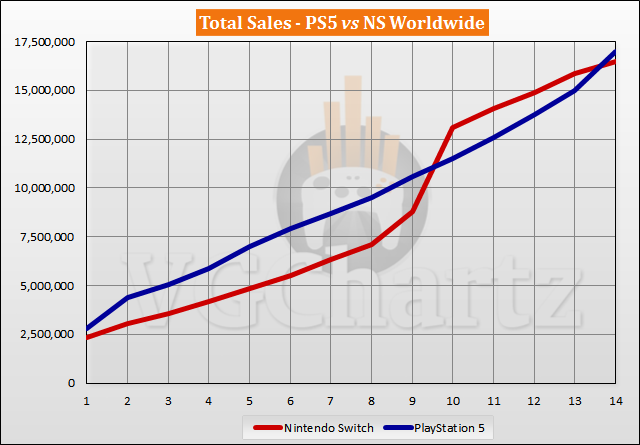 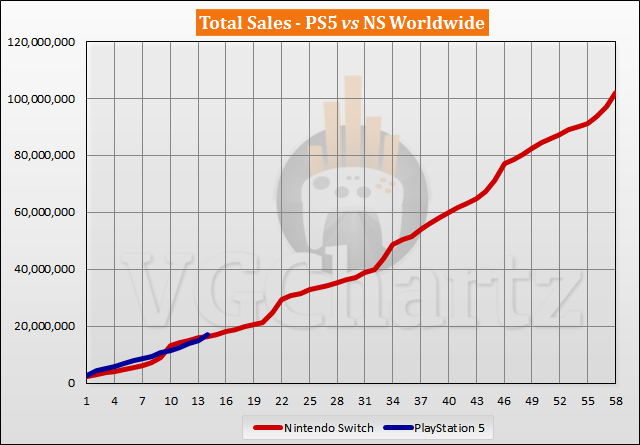 You are right. I've fixed the graph.

This is going to be one to watch. I see a repeat of the double-helix incoming

Probably won't. PS5 will barely cross and keep up for the next few months. Starting month 20, it will never cross the Switch again since it will still be affected by shortage until then. At that point, Switch's momentum will be way above any PS console selling almost 10 millions more than PS4's peak year. It is currently having an unusual longevity for a Nintendo console which was the only way Sony could make it in the end. Switch is probably aiming at 150-165 millions rn after the statement of Nintendo's president. The only argument to it not being best selling console of all time was a replacement soon. Since it is not the case, i don't see how it would not end up being the case.

There is no shortage. The damand is simply that high. Manufacturing rising to meet demand means production that dwarfs any scale ever seen before. Which is going to have to happen and the increased demand is the result of permanent life style changes on the part of consumers. So demand has only been increasing as the next gen consoles have been out of stock. The demand is there to encompass all 2024 production and not just 2022 and 23. So you could say there's no real argument for the ps5 not being the best selling console of all time when the demand is uinprecedented and will result in unprecedented production to meet it.

As for the Switch, the thing to remember about statements of lifdespan and successors is that it's the same company that groups the gameboy and gameboy color as one platform. As well as constantly lying about it's plans.

I wouldn't be so sure that the shortage will be a significant factor that far out. Shortages are short-term phenomena, but in the long-term the market readjusts.

Not too forget there's always the possibility that such early demand for a console might be front loaded. There's really no telling what the future years we have ahead of us.

I mean it didn't surpass it this year after it's holiday period and will still be affected by stock issues this year and maybe a little next year. Switch will already be having a significant advantage and by the time PS5 gets more stock Switch will be selling 28-29 millions in a single year.

So PS5 lost about 2M compared to Switch in its last holiday season. The gap is gone and both consoles should sell about the same in the next couple of months and be on par until Switch's next holiday season.