Sega recently announced the Yakuza series continues to expand in popularity with the release of several entries on PC. The Yakuza games released on PC have sold 2.8 million units worldwide.

"Due to the expansion of reach to users, as we started the support of PC platform with this series from FY2019/3, we recorded quite strong sales result with unit sales of approximately 2.80 million units worldwide," reads the report from Sega.

"As for Lost Judgment, although the overseas version was launched behind Japanese version in previous series, we have done a simultaneous global launch this time. This resulted in 76% increase of initial sales in Western regions." 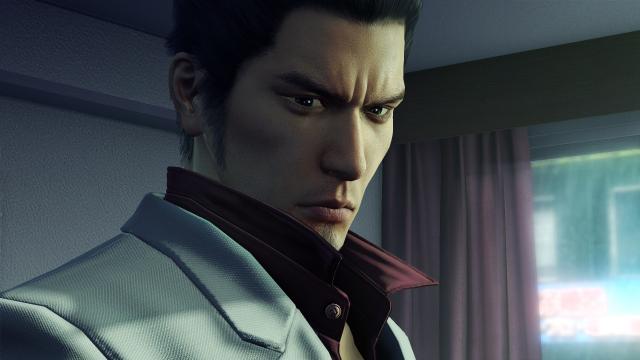 The Yakuza series used to only get a release on PlayStation consoles and sometimes only in Japan. Yakuza: Like A Dragon saw a western release at the same time on all platforms.

*good
They're mostly just a bunch of late ports. Almost half what those same games sold on PS. For context that's better than the PS4/Xone versions of Skyrim did compared to the originals (around a third), unless you also think that did bad?

You're trying to tell me skyrim sold less than 300k on PS4? I wont believe it. I'm guessing at least 2 million on each ps5/xbox.

No, I'm telling you that they outperformed the Skyrim ports relative to the originals.

Or are you just one of those people that despises any game that doesn't sell 10m+? Their PC sales are good for the franchise. If you have Square Enix like expectations for sales then that's your problem, not the games.

This series never had big sales, so this is actually impressive. Yakuxa always felt like an IP with western appeal so I never understood why it stayed on PlayStation for so long.

I don’t see how that’s impressive. It is very poor. The series has 8 games

For a pc release, I wouldn't have expected more the 500000 max. So if these numbers are legit, this Is massive news.

Edit, sorry I thought these numbers was for yakuza 7 .

Bro, these are just ports. Selling an average of 350K is profitable for these games. Furthermore, they are still selling. They can potentially do millions more.

Well each game sold less than 300k on average, that is very poor on any platform, even more so on PC as its the best selling platform of all time.
For comparison a new call of duty will sell millions upon millions on each platform and its nowhere near as good a game.

Very good and deserving of even more.

I don't believe these numbers, as much as I love this game.

I dont believe it either, for sure it sold way more than that. There's probably 1 billion PC gamers or more, even with piracy I would still expect at least 500k sales for each yakuza. This numbers mean that less than 0.1% of gamers have bought the yakuza series.

Impressive effort considering the Judgment series hasn’t been able to come to PC considering the lead actor playing Yagami has management that is worried about lewd PC mods. He’s the last one in SMAP still with his old label and can’t leave because then the whole band loses a lot of control over their old work.

Poor sales no matter how you look at it. Irrelevant what the platform is, fans justifications are proper weird.

Exactly, I just don't get it, I am a big fan of Yakuza, have them all, ps4/ps5 versions. If these numbers were on playstation the series would have been cancelled long ago. For comparison, Kena bridge of spirits, on a ps5 which its only like 1% of PC platform. Has sold way more than any yakuza on PC, in just a couple months. It would sell way more if there wasn't a shortage of ps5. And that's a Indy game and nowhere near as popular as Yakuza.
My guess is probably Yakuza doesn't have enough advertising on PC.

The games averaged around 700k on PS. Doing around half of that with late ports is good!