While most of the changes in Super Meat Boy Forever are mechanical, the sequel also diverges from Super Meat Boy in its strong focus on narrative. Story is a major component in this newest creation from developer Team Meat, one that unfolds across several nicely-animated cut scenes. The main plot revolves around the villainous Dr. Fetus, who has kidnapped Nugget, the adorable child of series hero Meat Boy and his partner Bandage Girl. There's also a subversive sub-plot about a squirrel out for revenge. Interspersed among the longer story scenes are some clever spoofs of games gone by, for example Contra III, Super Metroid, and Kirby's Adventure. 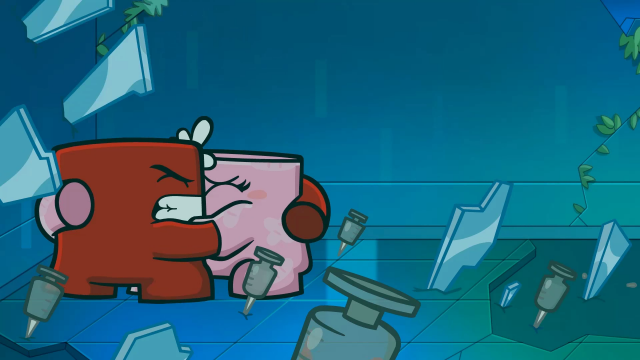 Super Meat Boy Forever is divided into six themed worlds. Each features six levels and a boss stage, the latter unlocked after completing at least four of the six levels. Beating the game will take roughly five hours, but to uncover everything it has locked away you'll need to spend many more hours. Each level has an extra challenging "Dark World" variant, plus a hidden pacifier, which helps unlock new playable characters. Moreover, there are several secret Warp Zones that lead you to bonus mini-games modeled after classic video games like Punch-Out!! and Mega Man. Finally, the game supports 36 achievements called "Awards".

That's a lot of content, but much of it will remain permanently out of reach, due to how punishing Super Meat Boy Forever can be. Like Super Meat Boy and its spiritual successor The End is Nigh, this is a brutal game designed around precision platforming, trial and error, and lots and lots of do-overs. The main game mostly straddles the line between challenging and sadistic, but the sixth world, unlocked after the credits roll, and the optional Dark World stages blur that line. 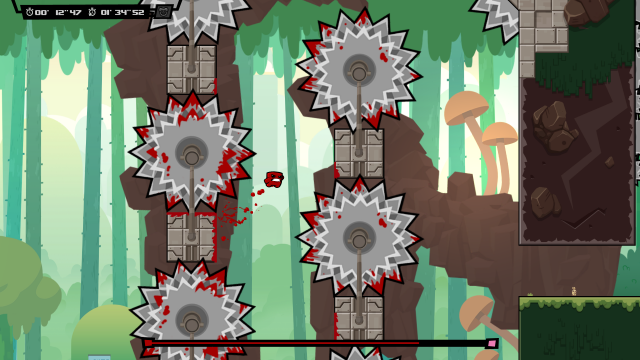 Aggravating this punishing gameplay is one of the novelties of Super Meat Boy Forever: random level generation. The developers at Team Meat, led by Tommy Refenes, who co-created Super Meat Boy, designed thousands of "chunks", which are strung together at random for each level. Now, considering the chunks come together at random according to the game's internal algorithm, there is a remarkable fluidity to the proceedings. Still, with all that randomness, difficulty spikes are inevitable.

Randomly-generated levels, like Super Meat Boy in general, are both a blessing and a curse. In terms of level engineering and replay value, they're quite impressive. Indeed, you could play through the game in its entirely multiple times without seeing a duplicate stage. Yet there is undeniable value in a level (and a game, for that matter) that is thoughtfully and intentionally arranged. The individual chunks are great — brilliant, even — but they don't always come together in a logical way. 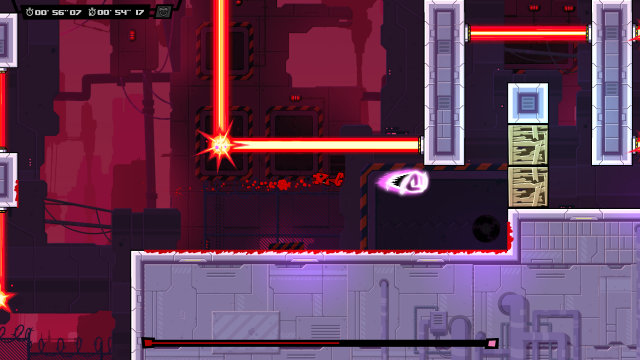 The game's other, more major novelty is auto-running. Unlike Super Meat Boy, where you could run left and right at will and control the rhythm of the action, Super Meat Boy Forever sets Meat Boy on an unstoppable path rightward. To complement this new set-up, Team Meat has added a simple two-button control scheme: the B button for jumps and mid-air punches, and analog stick/d-pad down for slides and mid-air diagonal dives. Some hardcore fans may lament these mechanical changes, but they really don't do much to diminish the Meat Boy name. This isn't a 2D platformer with auto-running mechanics slapped lazily on top; it's a game designed from the ground up as an auto-runner, with clever mechanics and platforming conceits that work with the game's non-stop action.

In fact, there are lots of interesting ideas at play in Super Meat Boy Forever: blocks on explosive timers, warp points, blocks that become solid only after you've passed through them, metal bricks you must punch into place, conveyor belts, etc. There's also a surprising amount of vertical level design, where Meat Boy (or your character of choice) must wall jump or use fans to move upward or downward. Indeed, while Super Meat Boy Forever is technically an auto-runner, there are segments where you'll work on a single screen until you find or unlock the exit. 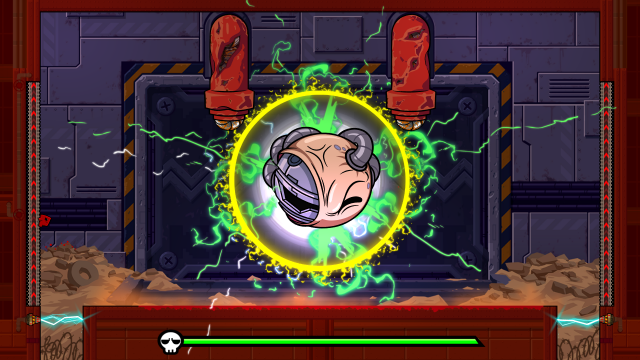 This is certainly true for the majority of the game's boss battles, one area where Forever outshines its predecessor. There are several imaginative boss fights that leverage the forward momentum of the auto-runner within a more traditional 2D platforming arena.

Graphically, Super Meat Boy Forever is more evolved than the original game, yet it retains the series' defined, blocky, somewhat-crude aesthetic. It works well with the tone of the game, which vacillates between ghastly and cuddly. Music by Ridiculon is solid and covers a wide range of genres: country, metal, industrial, and electronica. The only problem: with one song for every six stages, things can get repetitive fast.

No matter your skill level, Super Meat Boy Forever will humble you. Like its 2010 predecessor, Super Meat Boy, it will chew you up and spit you out. Unlike Super Meat Boy, it embraces auto-run gameplay and randomly-assembled levels, two changes that open up new opportunities but also create new problems. If you're a devotee of the original looking for a fresh challenge, or simply an auto-runner fan with a masochistic streak, this is a fine choice. If you're not accustomed to dying 100 times in a single sitting, however, you might want to approach with caution.

This review is based on a digital copy of Super Meat Boy Forever for the NS, provided by the publisher.

Quite a drop from the original's reception. 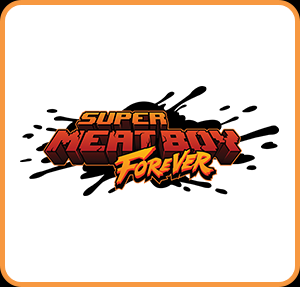