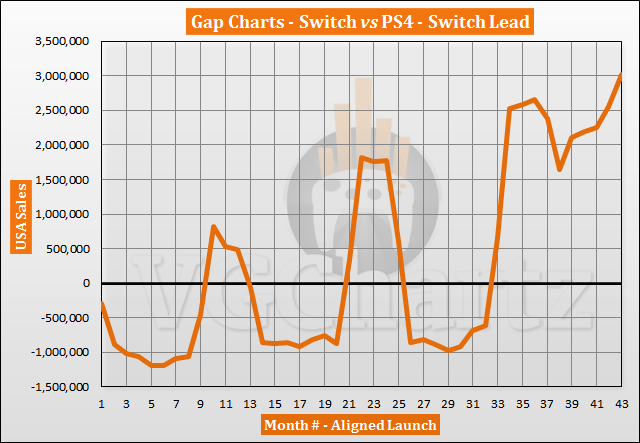 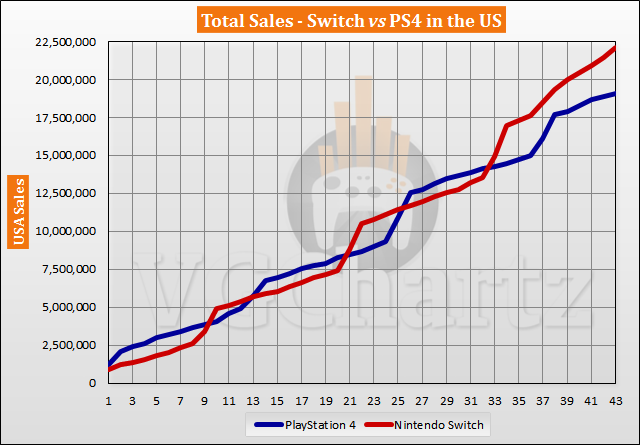 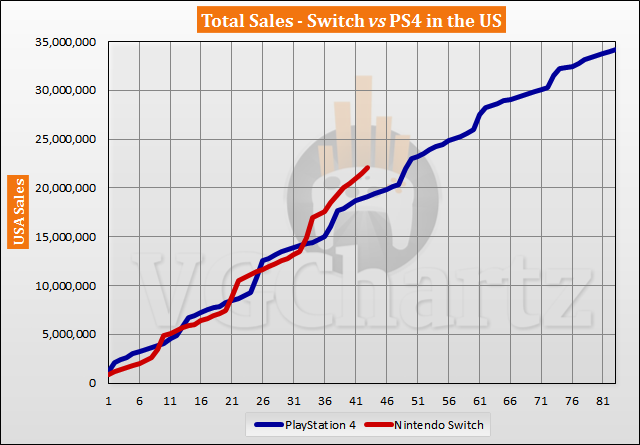 The PS4 has been available for 83 months in the US and has sold 34.14 million units. The Switch is currently 12.04 million units behind the lifetime sales of the PS4.

PS4 sold less than 800,000 in the next 3 months of the comparation.
Switch will do +5 million from October to December.
gap going to be 7 million at the lowest, and should reach 8 million or close before the next PS4 holiday.

Switch: To infinity, and beyond!