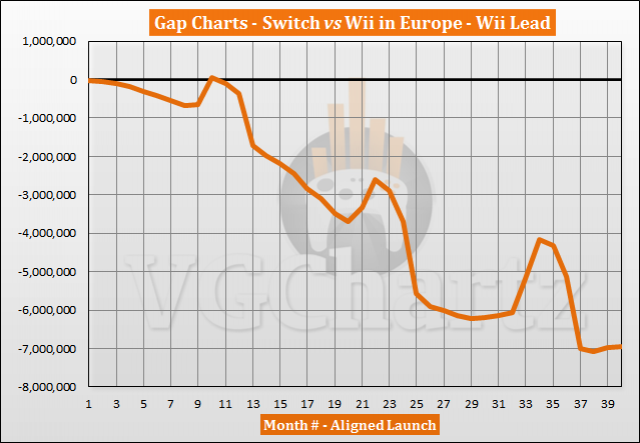 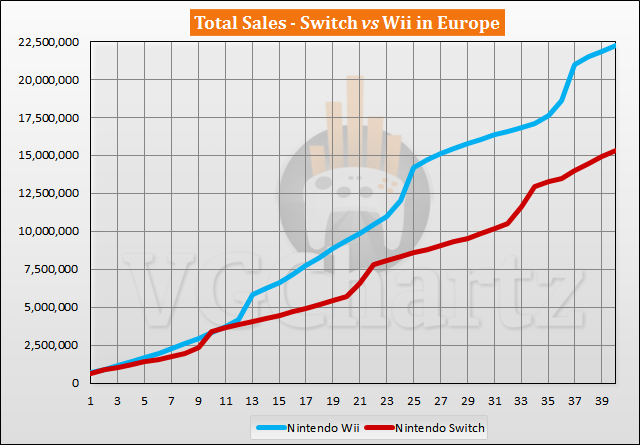 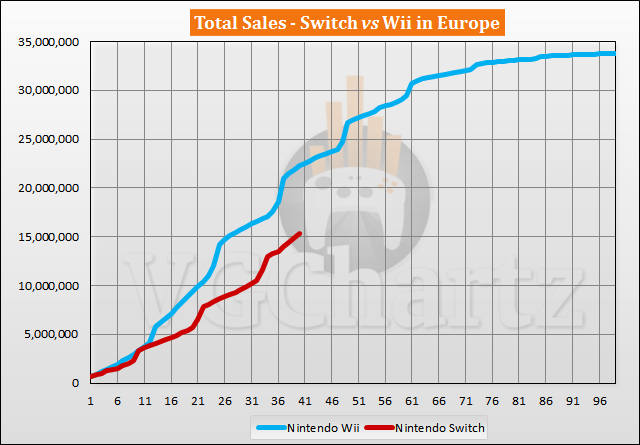 June 2020 is the 40th month that the Nintendo Switch has been available for in Europe. During the latest month, the Switch closed the gap by 30,995 units when you align the launches of it with the Wii. In the last 12 months the Wii has outsold the Switch by 791,728 units. The Wii is currently ahead of the Switch by 6.94 million units.

The Wii sold 33.88 million units in Europe during its lifetime. The Switch needs to sell another 18.56 million units to outsell the Wii.

Wii is starting to slow down now while the Switch continues to pick up the pace. The big question is: Will that be enough to close the gap? This will be tough race for the Switch for sure.

It should be over by month 81