NDcube’s Clubhouse Games is a title whose value is seemingly boosted by the extended Covid lockdowns, which fit the game’s sensibilities like a glove. Thanks to this package, players can now face off in a variety of board, card, and pub games from the safe seclusion of their homes. Still, crediting these unique conditions for the game’s success and appeal wouldn’t be quite fair, as this multiplayer package is terrific in its own right. Though there are a few slight limitations and missed opportunities, Clubhouse Games excels in both the quantity and quality of its diverse, enjoyable set of recognizable games. 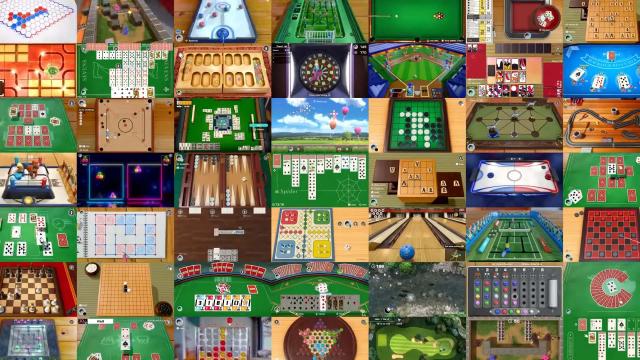 This game really goes above and beyond the already fun and robust DS predecessor. It not only ramps up the game count from 42 to 51, but it also comes with a more refined online experience, and offers a more diverse palette of games to boot. These range from blackjack and Texas hold ‘em, to darts and billiards, to variants on the classics Yahtzee and “Sorry!”. There's even a virtual piano you can rock out with.

The fun factor, mechanics, and longevity of each activity certainly vary, and they're not all super-exciting A plus offerings. Still, in my experience, just about every game is at least well-crafted, visually clean, and fairly simple to get into. Of course, subjectivity and game preference play a major role here, and there will likely be at least a few more obscure bouts like Hanafuda that won’t be for everyone. Yet, with over 50 distinct options immediately at your disposal, chances are you’ll find several games to enjoy - and dozens of hours of fun. And this is further enhanced by addictive online options. 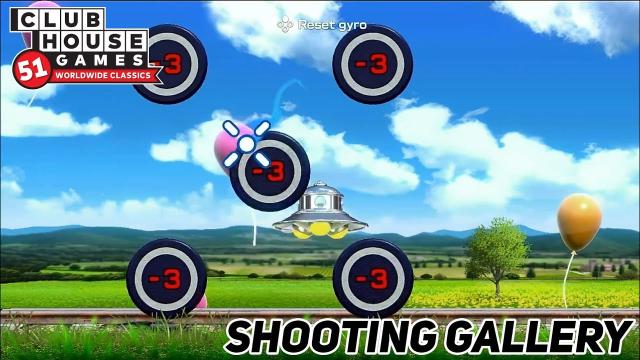 Standouts for myself include 4-player Blackjack, the enjoyable Yacht Dice, touch-enabled Air Hockey, and the new-and-improved Shooting Gallery. But there are some surprise hits too - like the fast-paced card game Sevens, and the marble “planting” Mancala. I got to learn about games I never thought I would - and in some cases had never even heard of, like the aforementioned title and Nine Men's Morris. In a sense, Clubhouse Games feels as much like a classic games tour as it does a party/social title.

Many will appreciate the range of diverse offerings, as there’s something for just about everyone, including games you may not even know you like yet. At the same time, Clubhouse Games also holds an appeal for its similarity to popular Nintendo party games from the past. While this Switch game carries the spirit of the DS predecessor, it also comes with offerings that resemble Wii Play, Wii Sports, and even Mario Party. The latter is particularly true when it comes to the moderately-fun 6-Ball-Puzzle, which is largely a reworking of a Mario Party 9 puzzle game. 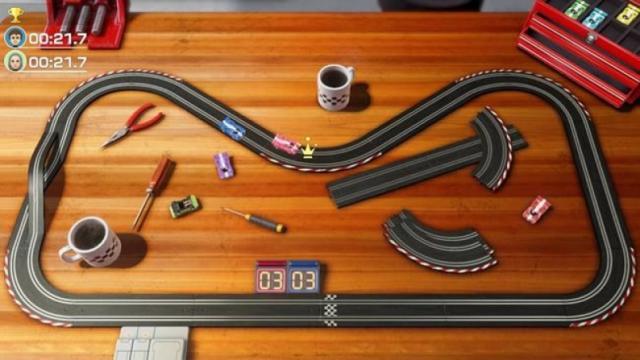 In addition to card and board games, you’ve got some more thrilling skill-based affairs that feel more like basic sport romps and action mini-games. Even within this subgroup, there's quite a range to play around with. And it's a good thing, as this is - for the most part - where Clubhouse Games tends to offer the most enjoyment. Games like Golf are great for longer sessions, while Toy Baseball and Toy Tennis provide a tinge of that enjoyable Wii Sports vibe in short bursts. You also have efforts like Darts that implement basic motion control - and usually thrive because of it.

Speaking of touch and gyro controls - these are usually subtly implemented and rarely required. But although it's a low-key inclusion, they usually add an intuitive and even realistic feel to many of the games, injecting even more accessibility. Something as simple as flinging cards by swiping, tapping the screen to move Chess pieces, or rolling realistic-feeling dice in Yacht bring an immersive, intuitive feel. The HD Rumble adds depth to activities like Fishing, and even manages to impress in games like Four-in-a-row, where you can really feel the coin tumbling down the grid-like board.

Among other things, tabletop gaming is one area in which Clubhouse Games excels. It allows at least 2 players to huddle around a single Switch screen and interact with it; essentially playing a virtual tabletop game. NDCube even goes one step further with a few of the games by allowing players to combine the screens of multiple Switches in an epic “Mosaic Mode.” It certainly enhances the experience of bouts like Slot Cars and Team Tanks, which benefit from a larger viewing area. It’s a feature that's likely to go unused by many, but it’s still neat to have at one’s disposal, and it’s not too cumbersome to set up. 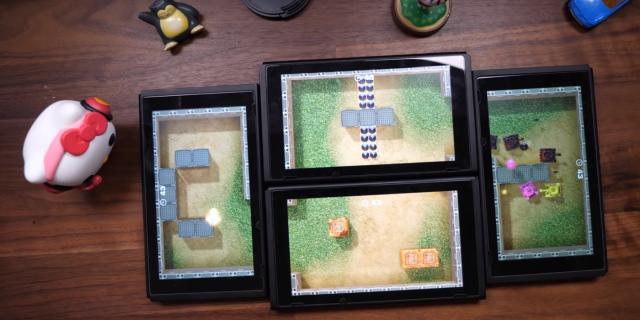 The local multiplayer is solid enough, though for a title that really emphasizes social and party gameplay it’s a bit of a letdown in a few areas. Those looking for solid 2 player options will definitely not be disappointed, especially if you have access to multiple Switches, but the pool of 51 options starts to look much slimmer when venturing outside of these parameters. For instance, playing with a friend on a single Switch will eliminate some options, such as card games that require each hand to be hidden.

Bump this up to 3 or 4 players and the lineup gets thinner still. In fact, only 2 - count them - 2 of the mini-games can be played with 4 people on a single console - Blackjack and Ludo. And even with the mosaic option, only a fraction of the 51 can be enjoyed with 4 players on multiple consoles. Therein lies a rather frustrating “catch 22” with Clubhouse Games. It's a truly robust compilation when playing alone, but the majority of games tend to shine most with multiple people. In fact, the only offerings designed for solo play are a few Solitaire variants and an average navigation puzzle game.

Still, the multiplayer options that are available are a blast - and simple to set up. Additionally, NDCube accommodates the multiplayer limitations in other ways. You've got the option for solid AI opponents, which usually come in 4 difficulties. This ensures most players will find that sweet spot in terms of difficulty. Each game also comes with a handful of challenges and medals to flaunt upon beating each AI difficulty tier. 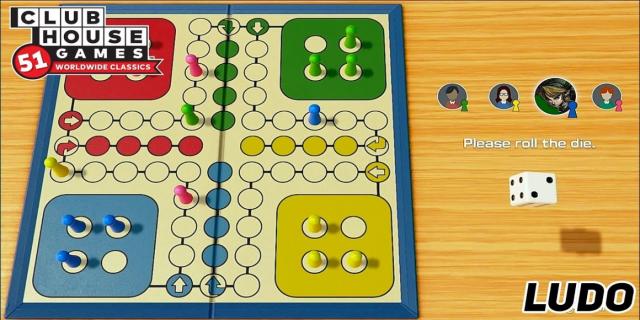 High scores are logged, and a few of the games even come with distinct conditions to keep things interesting. An example is the Bowling challenge, which sets up pins in unique formations. There are also rulesets and conditions that can be tweaked for various games, like 8 and 9-ball Billiards. Still, a bit more could have been fleshed out when it comes to challenges and unlockables. In terms of tangible goodies or features, there isn’t much to shoot for other than some unlockable Mario-themed cards - although they are pretty amusing, at least.

For the most part, Clubhouse Games does a fine job of getting players acquainted to each game. This is achieved through an often cringy-but-useful dialogue between 2 or more wax-looking figures, who show you the ropes. From there, you can read through some basic rules/mechanics, along with a handful of useful tips. In addition, in-game guides and an undo feature aids in walking players through games that may be new or tricky to them. As a cool bonus, you're also given some interesting bits of trivia and facts involving many of the games. Additionally, longer endeavors like Chess have a bookmark option, further strengthening Clubhouse Games’ on-the-go-friendly nature. 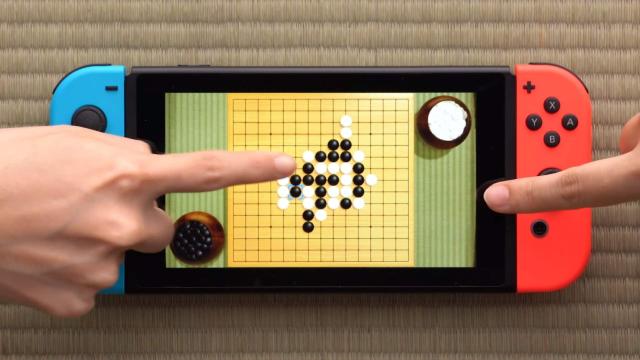 The aforementioned human figures can also assist in organizing games by overarching categories. These ambiguous-looking folks are unlocked by playing certain titles. For instance, one person will provide a slew of card games, while another shows you the touch-based showdowns. One figure will reveal games based on luck, and yet another points out “historic” romps like Chess and Hanafuda - which is actually how Nintendo got its start.

The online features of Clubhouse Games provide some truly addictive and enjoyable gameplay, with near limitless replay value. Indeed, this is where the game shines most brightly. While we’re not exactly talking Xbox Live level quality or depth, it’s good enough, occasional lag hiccups notwithstanding. Jumping into a match is usually swift, seamless, and easy. The clean, simple interface allows you to easily select up to three titles you want to play at once, in order of preference. In my experience, matchmaking for at least one of the three games chosen was typically pretty quick, clocking in at around 5-20 seconds.

There’s also the handy inclusion of an icon that appears over the games players are currently partaking in. This allows you to hone in on the activities currently getting traffic and enables you to match up more quickly. Another neat feature is the ability to flip through players currently online via the “Guide Globe.” This will show details of various people playing, such as their preferred games, medal counts, and even favorite foods. Because why not? 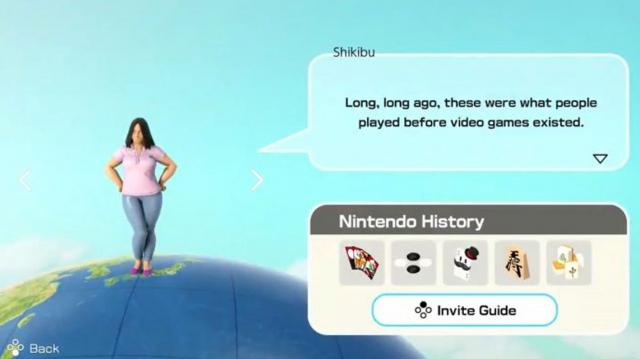 Despite these functions, the online offerings can still feel a tad “bare bones.” Still, considering most of the offerings are available online, and that they - in my experience at least - usually run smoothly, this feature goes a long way in adding appeal and replay value. The fact that you can quickly bounce from Yacht Dice to Tanks to a high-stakes game of blackjack in minutes makes Clubhouse Games more-than-respectable in the online department.

Really, for those who fancy them some classic gaming and pub-style romps, it’s tough to find anything Clubhouse Games does blatantly wrong. Again, its few weaknesses mainly boil down to missed opportunities and light restrictions rather than outright flaws. Additional 4 player offerings on one Switch would have been nice, as would some more online options - a tournament mode, for instance? Perhaps also leaderboards?

Regardless, there’s still loads of fun and tons of diverse, delightful games packed into this compilation. Sure, it’s unlikely most players will enjoy all (or even most) of the 51 options. But the likelihood of favoring half the games available ensures you’ll get your money’s worth, given its respectable price tag of $40. At least when it comes to local 2-player romps and online offerings, Clubhouse Games just may be the best multiplayer title since Smash Bros Ultimate and Super Mario Party.

This review is based on a digital copy of Clubhouse Games: 51 Worldwide Classics for the NS, provided by the publisher.

I barely got beyond Mancala. I tried it out pretty early and it proved so much fun that I see myself drawn to it once I startup the game. I tried a few others, but Mancala traps me. I should try out some more. :-)

A game you can play everytime with anyone. A perfect title for Switch. Presentation and playability are very good.