Switch vs PS4 vs Xbox One Sales Comparison Charts Through June 13, 2020 - Sales 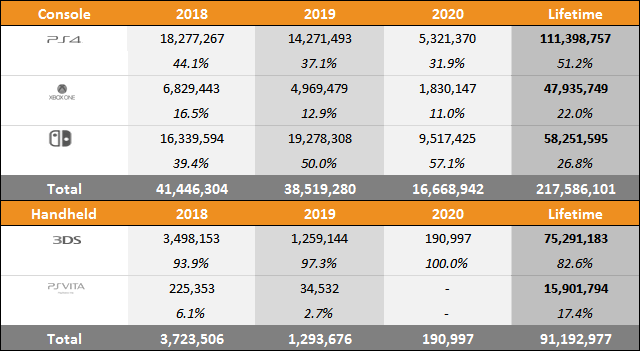