Animal Crossing: New Horizons (NS) has remained in first place for another week on the French charts in week 21, 2020, according to SELL. 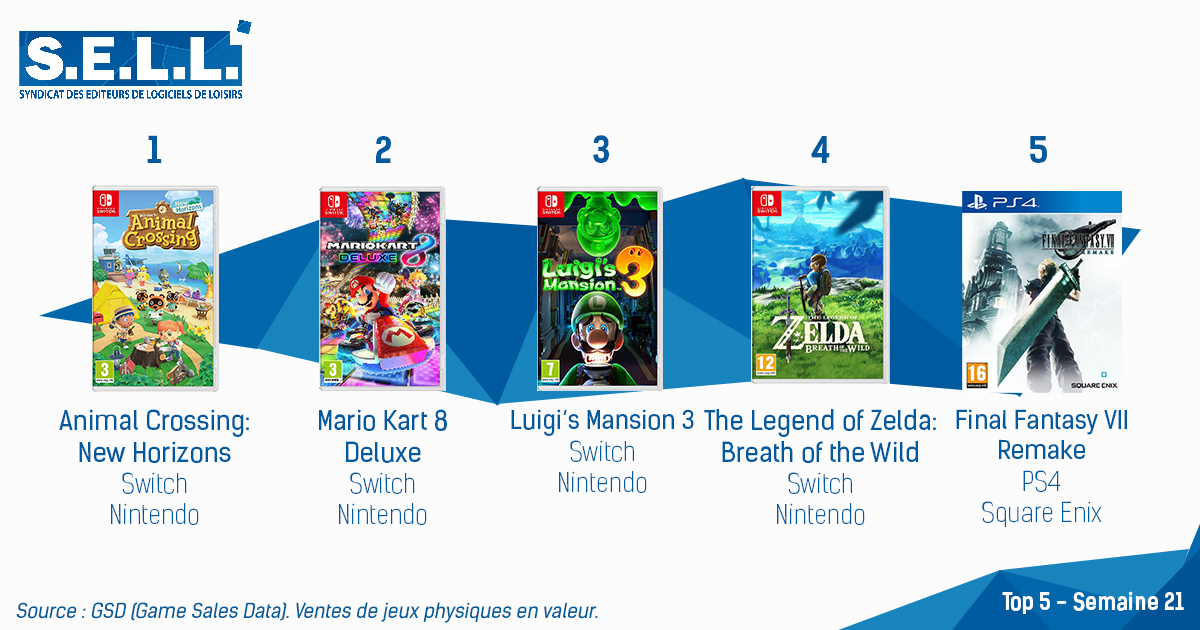 Wonder if the switch will continue to dominate software charts once the PS5 comes out. And Zelda is outselling all the Mario games apart from MK8D is great, This is the first Zelda game to be an evergreen.

I think that after the released of the PS5 , the Switch will still be a hit because the Switch is targeting everyone

It probably will for a year or 2 after the ps5 releases.