Resident Evil is a top ten video game franchise—for single player. Regrettably, despite the series' extraordinary accomplishments, it has not managed to create a great standalone multiplayer experience. That trend continues with Resident Evil: Resistance, a 4 vs. 1 asymmetrical online multiplayer experience that draws inspiration from titles like Friday the 13th and Dead by Daylight. Bundled with Resident Evil 3, it's passable entertainment let down by repetitive gameplay, technical issues, and lack of content.

The premise of Resistance is standard Hollywood horror fare. The sinister Umbrella corporation has forced several unknowing civilians to participate in sadistic trials designed to gather intel on the usefulness of bioweapons. Four survivors at a time will attempt to escape from a locked-down facility, while a remote mastermind—pulled from the pantheon of Resident Evil villains—will manipulate their surroundings, placing traps, locking doors, and introducing zombies and other creatures. 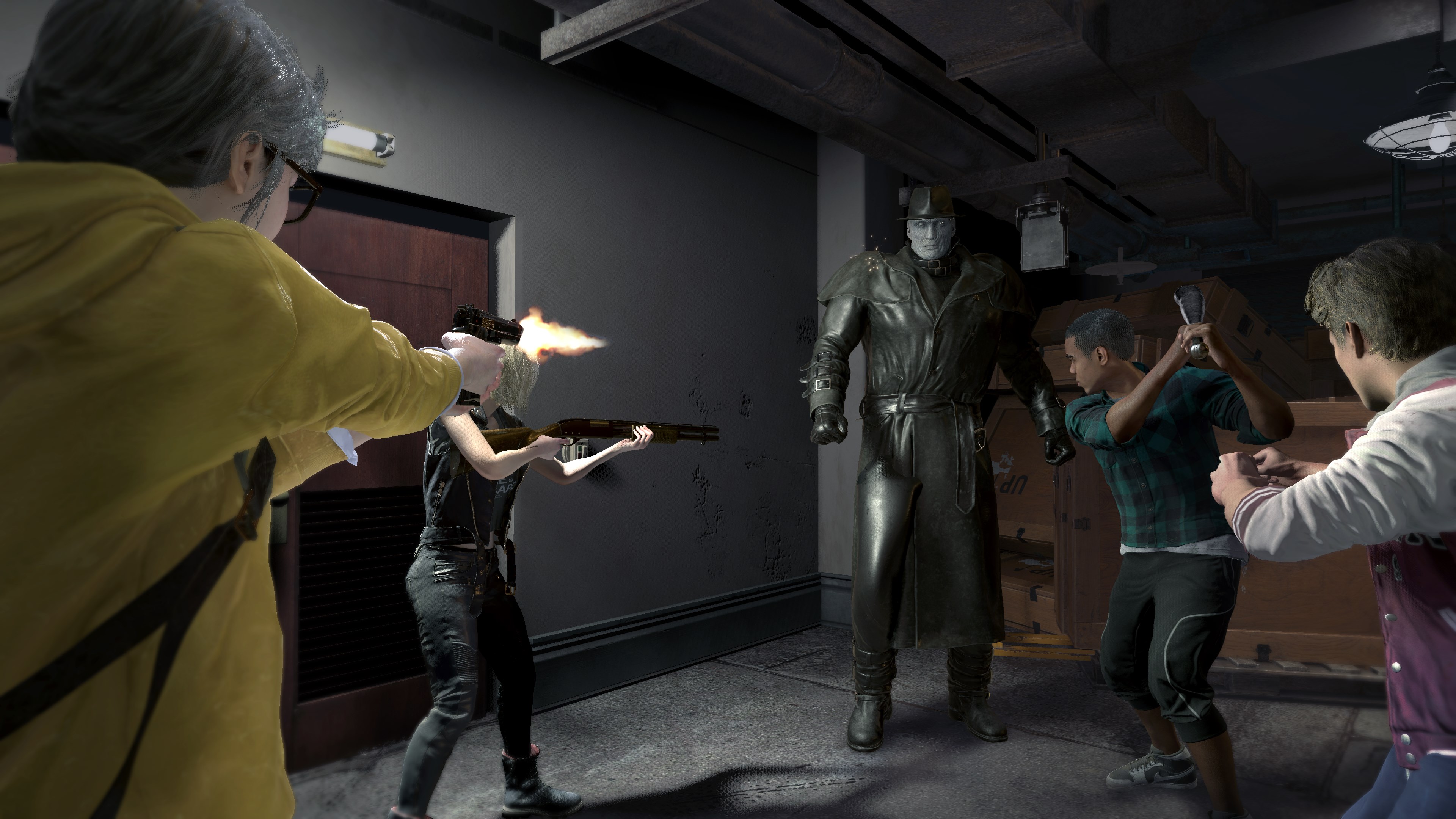 For the four survivors, the game plays similarly to Resident Evil 2 and 3. You'll control your character from a third-person, over-the-shoulder position, lining up shots at zombies, solving simple puzzles, and fleeing from the most powerful enemies. The mastermind perspective, conversely, starts with a bird's eye view of the map, from which players can access security camera feeds to lay hazards and place zombies. He or she also has the opportunity to take control of several of the unique, powerful zombie types, including signature monsters like William Birkin and Mr. X. It doesn't get much better than obliterating an entire group with a rampaging tyrant.

Everything controls well. It's easy to switch gear, fire weapons, perform character-specific "fever skills", and resuscitate fallen teammates in survivor mode, and it's simple to snap among map, camera, and zombie perspectives in mastermind mode. When everything clicks in Resistance, with a focused, communicative team of survivors and a detailed, clever mastermind, the experience can be incredibly tense. Moreover, achieving victory on either side is intensely rewarding. 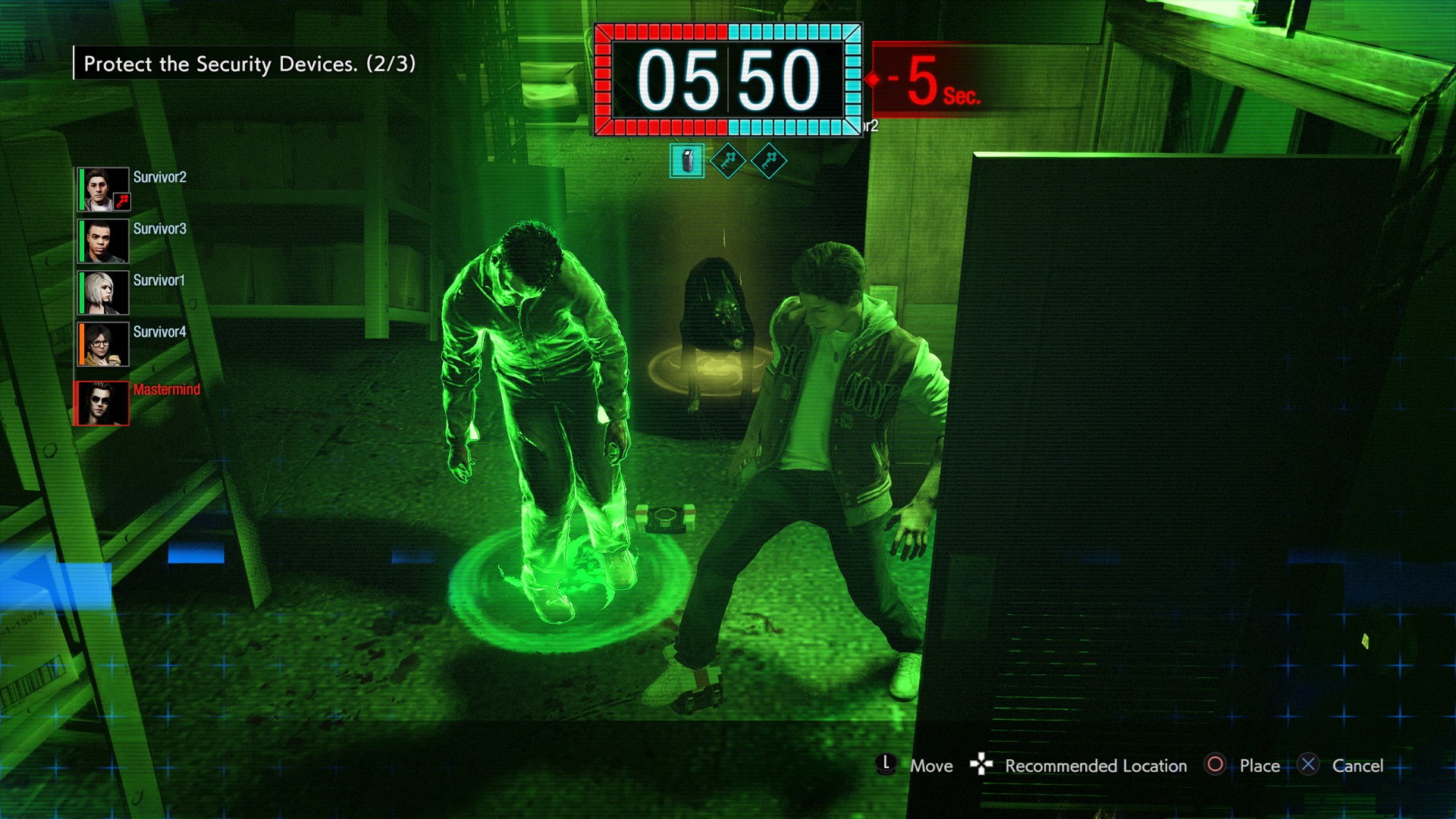 The game doesn't always click unfortunately. Right now, Resistance is a bit unbalanced, favoring the mastermind. This is due to two main issues. The first is that, because each survivor character possesses unique skills and due to the fact that they can see only a sliver of the map while the mastermind sees the entire playing field, communication and coordination is essential. The problem is that when you join a group of random players, it will be difficult to collaborate verbally in the heat of battle. The second issue is that due to overpowered signature monsters like Mr. X, the mastermind can quickly wipe out even the most focused parties of four. For these reasons, Resistance is best experienced with a group of like-minded friends.

In addition to balancing troubles, Resistance sports some connectivity hitches. In the absence of dedicated servers it relies on peer-to-peer connectivity, assigning hosting duties to the mastermind. This means that if the person playing the mastermind has a slow connection, the survivor party can experience some debilitating lag. It's not uncommon to see the warning "unstable network connection with the Mastermind (room host)". 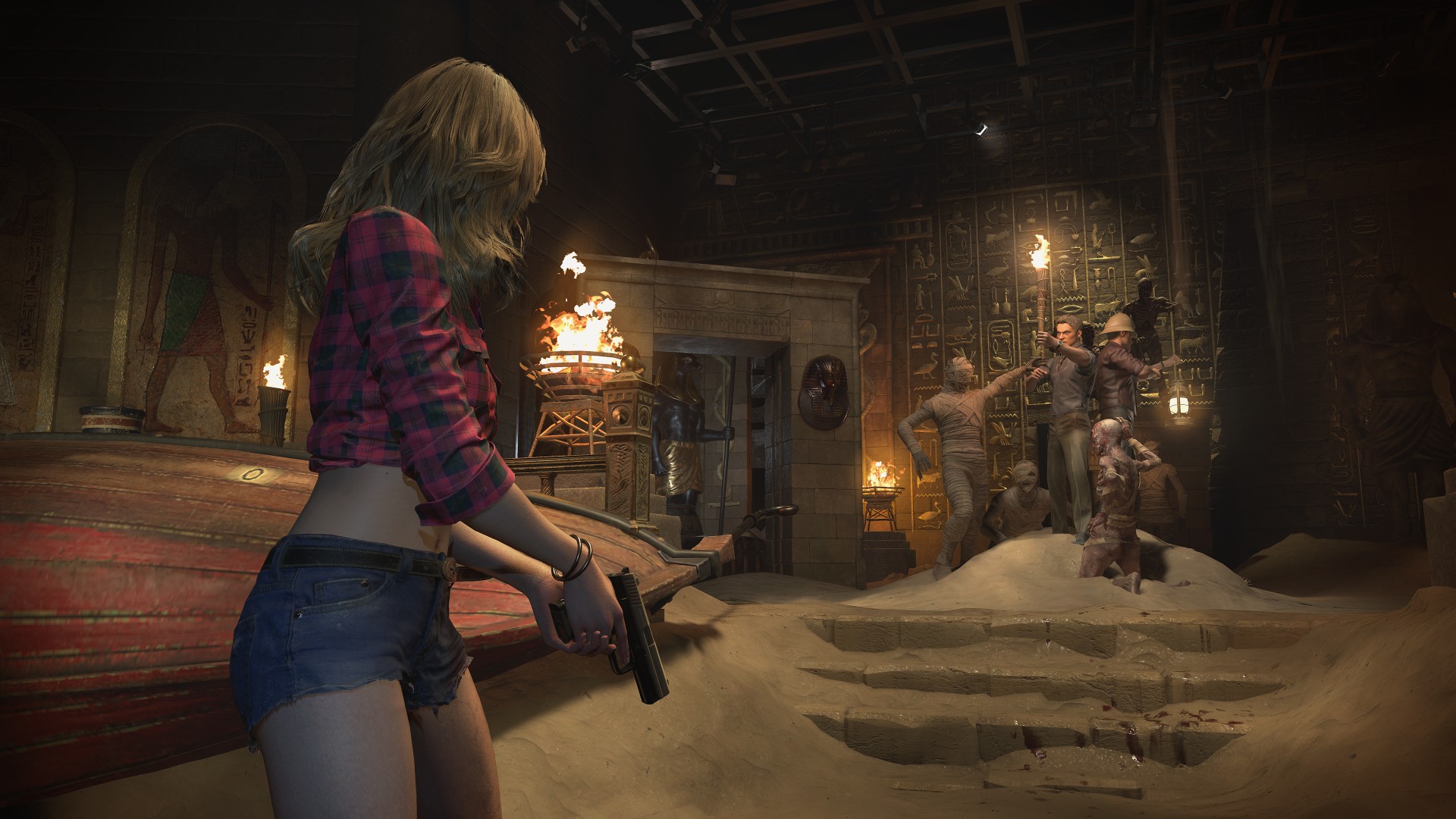 In terms of content, Resistance features six survivor characters, four mastermind characters, four maps, and a valuable practice mode that helps new players learn the ropes in both phases of the game. It's a bit sparse at the moment, although Capcom has promised— vaguely—additional content over the following months, with Jill Valentine arriving as a survivor on April 17. The bigger issue is that while the maps are visually distinct and interesting—the abandoned park with its ancient Egyptian and Victorian English backdrops is particularly fun—they all play out the same way: collect three items, find the keycard, destroy the tanks. Once the novelty wears off, it all becomes very samey.

That said, Resistance does find ways to inspire players to come back for more. Playing and winning matches earns RP, which you can parlay into various chest bundles that offer passive skills or cosmetics. While RP is only earned via gameplay, RP boosters—which accelerate RP earnings—can be purchased with real-world money. Matches also generate experience points, which counter-intuitively level up single characters and not players. This means that you might invest a lot of time and energy leveling up Tyrone, for instance, only to see another random player chose him in the waiting screen. Since the game doesn't allow doubles—which makes sense due to its synergistic aspirations—you might need to choose an under-powered, unfamiliar survivor. It's another reason to play with friends. 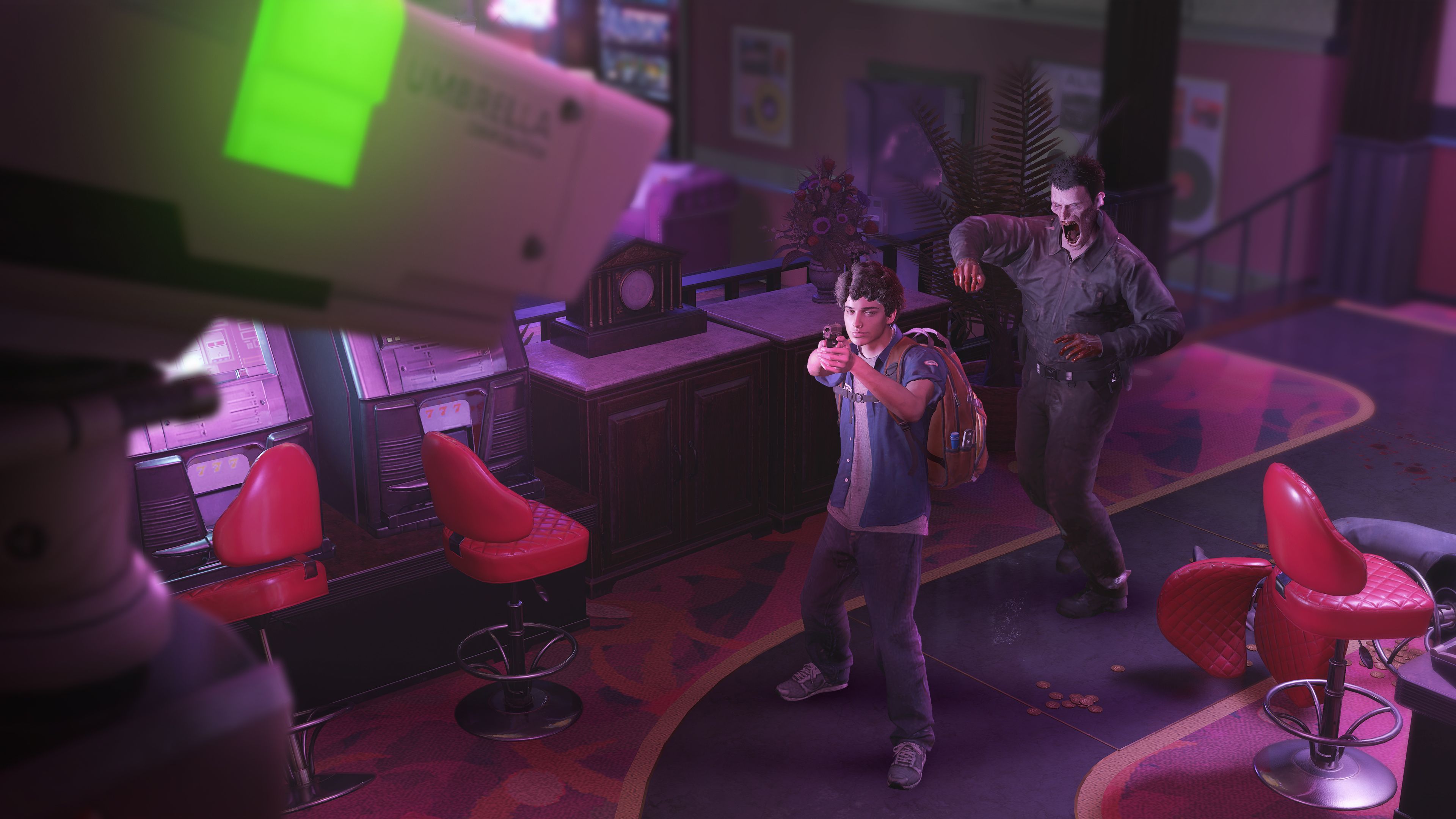 Even though Resistance runs on the same engine that powers the gorgeous remakes of Resident Evil 2 and 3, it looks older and less polished. Some of the survivor models are a bit plastic. Sounds design and voice work is fine, although you'll hear a lot of the same one-liners from the mastermind.

Capcom's struggles with Resident Evil multiplayer continue with Resistance. As a complimentary add-on to Resident Evil 3, it's an acceptable diversion, particularly if you can assemble a group of friends with good microphones. Matches can be tense and exciting at times, and nothing really compares to the power fantasy of controlling an Umbrella bio-weapon. However, because of repetitive scenarios, connectivity issues, and lack of content the game might lose momentum before it has a chance to achieve its full potential.

This review is based on a digital copy of Resident Evil: Resistance for the PS4, provided by the publisher. 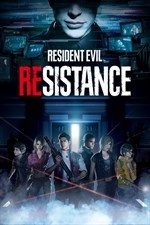 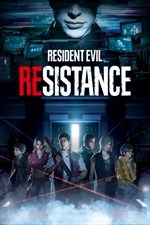