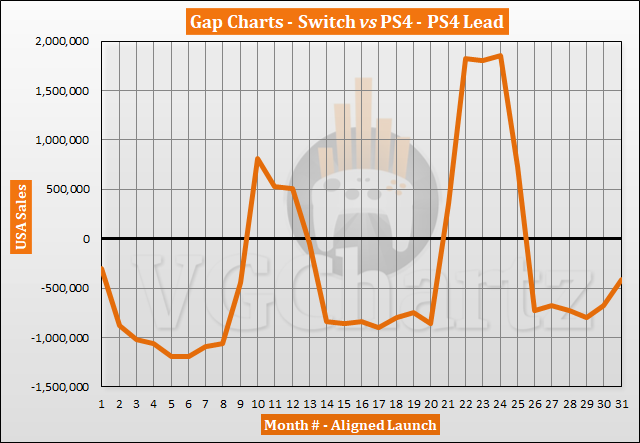 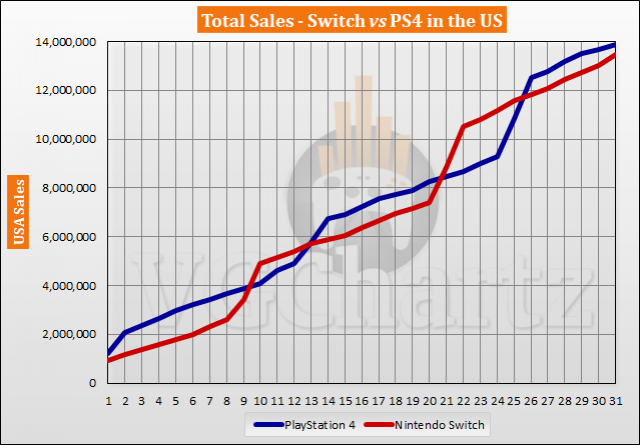 Woah, the climb started in August, and is only accelerating. Switch might totally crush it this holiday.

if software is key, then NIntendo got that in the bag too. They always have a few first party games in the top 10 charts every week (some still sold at a high price unlike sony's first party exclusives that usually have a much bigger price sale).
Good on both Nintendo and Sony though :)

Nintendo has never believed in the "razorblade" theory of software sales. They've almost always made hardware that will turn a profit from the outset.

This is v why I don’t believe Switch will be a 100 million seller. It doesn’t have nearly as much of a presence in the EU markets as PS4, and Japan isn’t enough to balance it out. With PS5 on the horizon, Switch’s sales are bound to be affected, and I can see the device peaking a lot sooner than PS4 did.

It's performing better than the PS4 in the US, it will most likely stay above after this holiday and in Japan it is starting to do incredibly well and that's with Gen 8 and Animal crossing still on the horizon.

I think PS5 can have a failed start, too expensive, and the difference in graphics will be very small at the start with mainly PS4 /PS5 ports and dual design. The first year of the PS5 could have no impact at all on the Switch.

The Switch didn't have an affect on PS4 sales, why would the PS5 affect Switch sales?

The PS4 shipped 47.4m units through its first 12 fiscal quarters (three years). Switch is at 41.67m through 11 fiscal quarters, so it only needs 5.73m in the next quarter to match the PS4. Europe isn't enough for the PS4 to match the advantages that Switch holds in the USA and Japan, but of course graphs like in this article can mislead people because not everyone is aware that it shows three holiday seasons for the PS4, but only two for Switch.