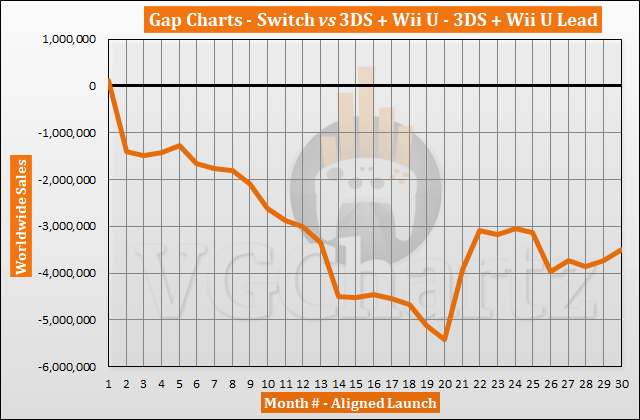 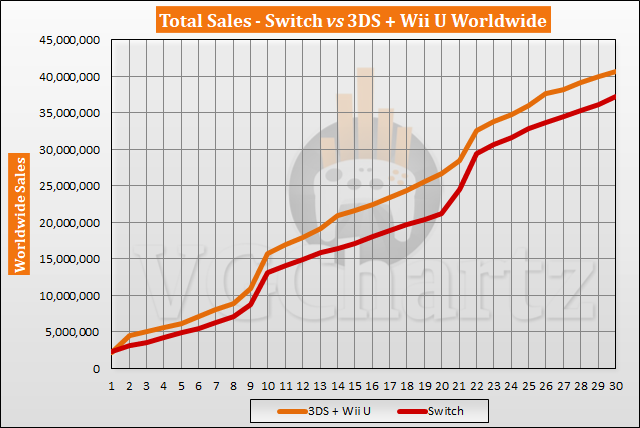 The 3DS launched in February 2011 (however, 3DS sales have been aligned to March 2011, since it only launched at the end of February in Japan), the Wii U launched in November 2012, and the Nintendo Switch launched worldwide in March 2017. The Switch has sold 37.20 million units, while the 3DS and Wii U have sold 40.69 million units during the same timeframe.

By the end of December that red line will be on top.

People had to buy both a Wii U and a 3DS to play all of Nintendo's games. Not the case with Switch.

The switch is such a great system. It really is. I play it by far the most since it released. This year, for me personally, has been one of the best years I've ever had playing a system... I absolutely just love the thing. That red line will be above the older duo before years end... and I think easily.