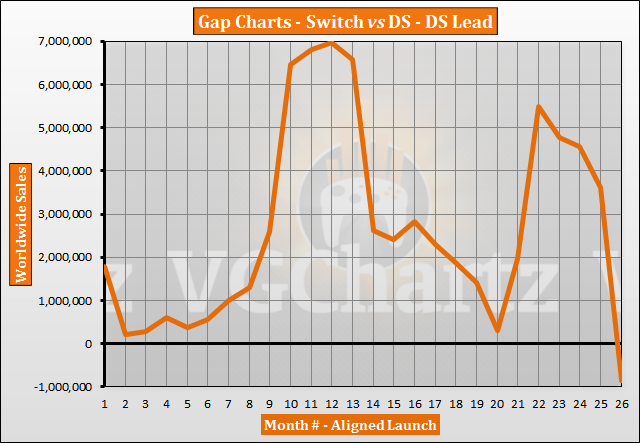 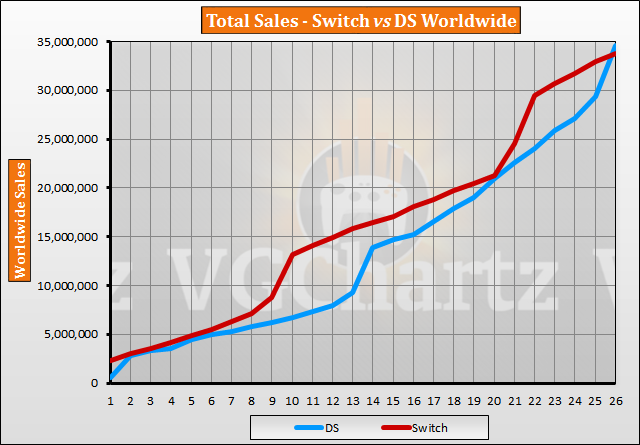 April 2019 is the 26th month that the Nintendo Switch has been available for. During the latest month the gap grew in favor of the DS by 4.46 million units when compared to the Switch during the same timeframe. In the last 12 months the DS has caught up by 3.47 million units. The DS has now taken the lead for the first time since the launches have been aligned. The DS leads by 846,123 units.

DS is past, and will most probably not been seen again. But Switch put up hell of a fight against the DS.

Don't count Switch out yet, folks. It also could have yet to see its big explosion. Doubtful, but entirely plausible.

Well that about wraps it up, folks. Time to go home, shows over. GG, Switch. GG.

It took more than 2 years. DS sold more than 300k every week after it's third holiday season, right?