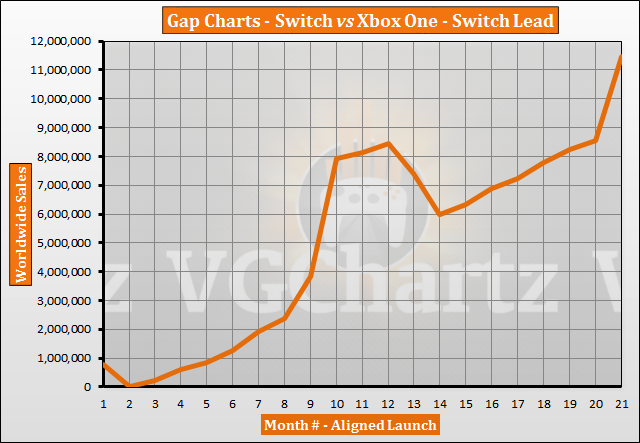 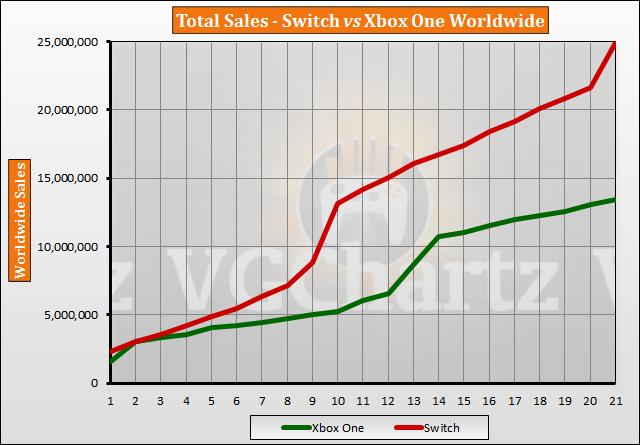 Yet there are still some who think Switch wont catch XBO...

I was gonna post the same thing. I mean, look at that gap.

This isn't even funny anymore. December wll look like a slaughter once again.

Not much interesting to see here. Switch clearly has better momentum, in and outside of holidays. Switch will outsell Xbox One fast. Maybe it should be compared to X360, that could be more interesting.

The Switch's install base will be somewhere between 60-75% of the Xbox One's by the end of the year.