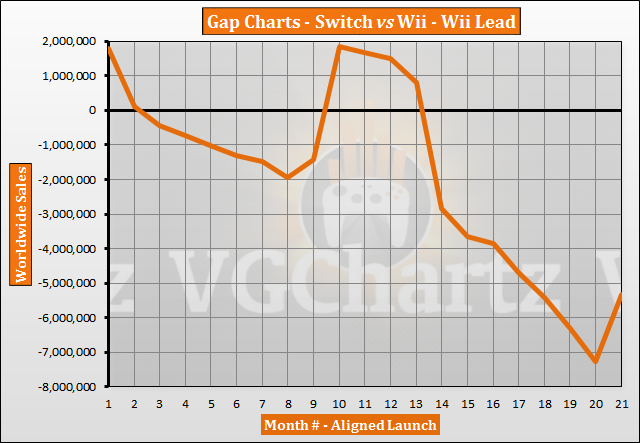 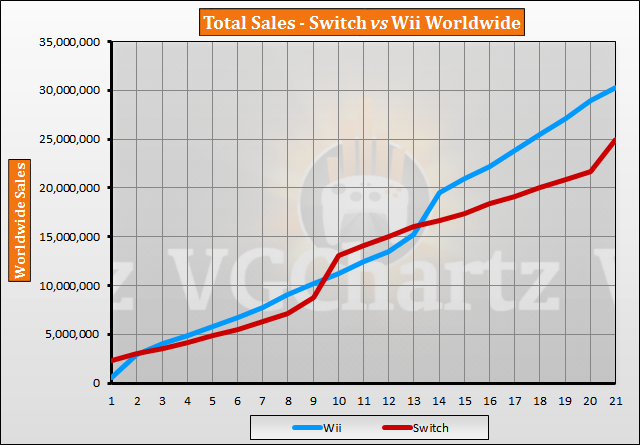 I can't wait to see what this comparison will be like when the Switch is at it's 24th month because there is still the Switch's 2nd Christmas period to add to it's sales whereas the Wii had its first 2 Christmas's before it's 21st month.

Add next week data to it and this gap shrinks down to 4.4M. I expect 3M or so gap after December. Saying that, I don't see Switch outselling the Wii anytime soon. Wii in its "quiet period" used to push 400k units per week. So unless we see that kind of numbers between January and April, it's not going to happen.

This will be an interesting ongoing comparison. Wii lost a bit of sales in 2009 compared to 2008, not much but a bit. Switch will probably gain momentum in 2019. After 2009 the Wii starts to drop. So the comparison could skew more in favor of the Switch - depending on the longevity of the system. This will be most interesting in 2020 when the new consoles of the competition are launching.

That's quite the lead for the Wii

Next spot on this curve will make the switch slightly ahead.

Switch won't be ahead in the next update. Wii sold at a pace of ~1.5m per month, so Switch would have to sell 7m this December to be ahead. Around 6m would be about as good as it can get though.

@Eagle367: You must be mixing up that 10-12m figure with predicted Switch sales for the whole holiday quarter, because December alone definitely won't be close to 10m.

AFAIK no console has ever come close to selling 10m in one month.