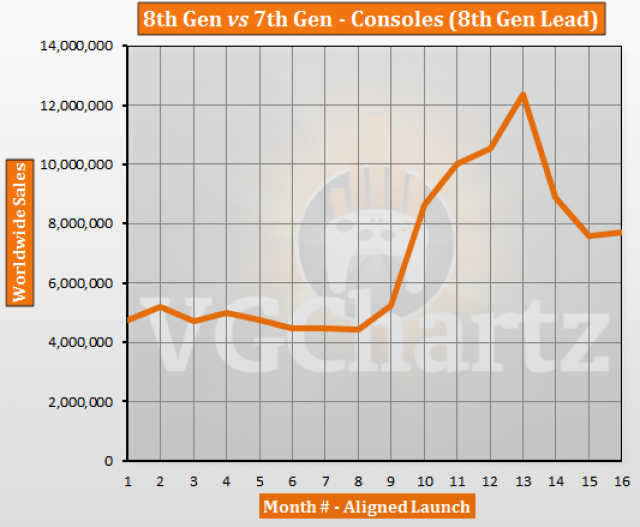 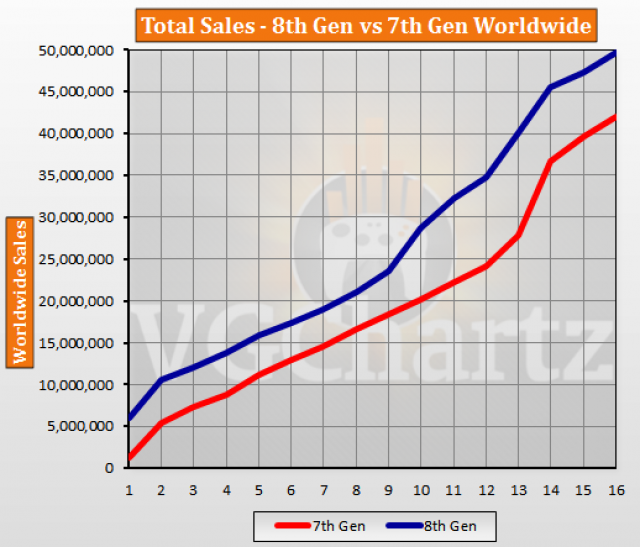 Wii U never happened. We are doing exactly what Nintendo wants.

That some sort of Wii add-on or something?..

...I enjoyed my WiiU, in case someone was wondering...

If you add Switch numbers to the current generation then please add PSP numbers from model 2000 onward to the last generation.

If you added Wii U numbers too, 8th gen would appear even stronger, even if by just a little! :-D

Absolutely not. This is launch aligned. They are only including about 1.5 year of Wii sales because Switch has been out one year. If they include Wii U, which launched in 2012, 7th gen would get six years of Wii sales, and 7th gen would blow out 8th gen.

The trick would be to launch-align BOTH Wii U and NS, instead of considering them in sequence, as it would be correct if we consider them two successive parts of Ninty overall 8th gen line and strategy. I know, it would be cheating a little. :-P
Actually, adding Wii U would surely better 8th gen lifetime totals, but not launch-aligned sales.

Switch is not the same gen as X1 and PS4 and it's pathetic that people can just ignore the existence of the Wii U.

Depends how you look at it. Since Wii U shares so much with the Wii (including all the peripherals and fully compatible to Wii games), one could argue it's actually closer to an upgrade like the Pro or ONE X than Nintendos next gen

Except it had a library that was totally different than its predecessor. The Wii was a gamecube with overclocked processors and motion control should we pretend that was a sixth gen console.

This gen is ps4/xone/wii u. Switch will wait ps5 and next box.

What John wrote, and we can also simply consider that acknowledging Wii U failure soon enough, Ninty simply made TWO 8th gen consoles. Surely NS won't be able to meet minimum specs for 9th gen home consoles.
Also, we include a console in a given gen based on when it is or was the latest console in its producer's range, we say PS4 and XBOne are 8th gen even if Sony and MS skipped the first four and five generations respectively.

Why is that weird there where console generations before Nintendo Sony and MS made consoles. A gen reflects a period where the console builders built a new console with a new library. The Switch is the first gen hybrid, butits release does not mark the start of the 9th gen.