The  turn-based tactical RPG from Ubisoft - Mario + Rabbids Kingdom Battle - sold 215,349 units first week at retail, according to our estimates. First week sales can be viewed on the VGChartz Global Weekly Chart for the week ending September 2. 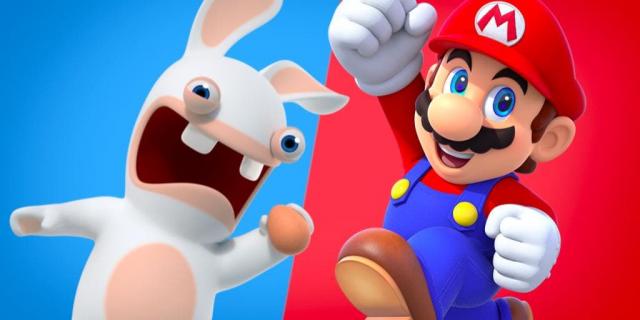 Mario + Rabbids Kingdom Battle released for the Nintendo Switch in North America and Europe on August 29.

You should check the US and EU thread..... lots of people are doubting your numbers. But we will find out soon enough

I wouldn't even bother posting an article about this. Those NA numbers are WAY off!

What are the real NA numbers at?

We don't have the real numbers yet.

My guess would be at least 100k more!

No way this sold x3 more in Europe than in the US.

I contacted ubisoft about this and they gave this answer:
"Hey,
I don't have the internal information but wait for official confirmation as VG Charts uses estimations. Please don't worry the game did fine :) "

We are disappointed with VGChartz tracking skills

I expected less, even with Mario on the cover it's still a 3rd party game on a small user-base

good that people appreciate the game already, and it probably will do great in the long term as well

Happy about European sales, disappointed about US sales.

That's not good? Umm.. I've played about 2 hours so far, and I love the game.

Unless the Rabbids have THAT of a detrimental effect, a Mario game selling that low is bound to be inaccurate. Especially these NA numbers.

This is not a Mario game...

Impossible, it sold 150k copies in 2 weeks in France alone. I'll doubt these numbers until we have official one's form Ubisoft.

Hmm ... ok. I mean, it would make actual sense as to why it would have sold so much there :P

Are you guy's sure you don't have the EU and US numbers flipped by accident?

The game didn't catch on with everyone until after release. I am doubting it only did that much in the US, but the overall seems correct. I'd say take away 20k from EU and give it to the US.