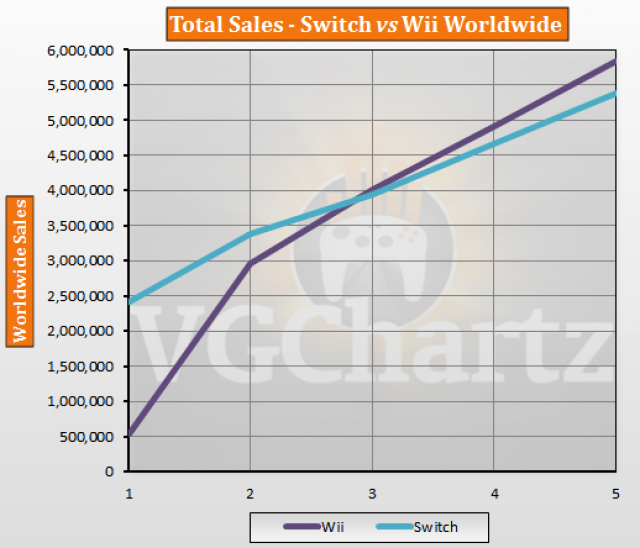 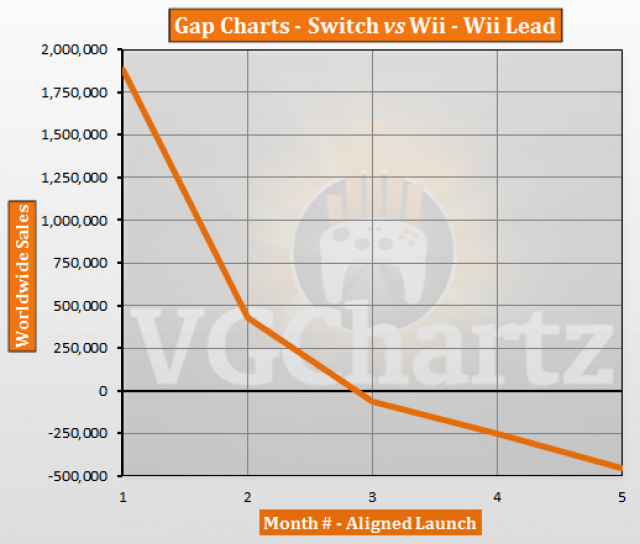 July 2017 is the 5th month that the Nintendo Switch has been available for. During the latest month the gap grew in favor of the Wii by 202,181 units. The Wii is currently ahead of the Switch by 451,482 units.

Now that is a big mistake. I've gone ahead and corrected it. Thanks for pointing it out.

That's actually saying a lot. Wii was a fluke...but the Switch isn't too far behind.

Seems Nintendo was able to produce the Wii faster than the Switch. Until the 10 million mark is hit we will see how long the Switch can keep up with the aligned PS4 and Wii numbers.

Now I want to know which system will have the biggest week. Switch will have a mainline Pokemon, will it be enough to beat Wii's top week?

The switch is doing well. The real test will be when supply issues are solved. It has a good chance to keep up with the Wii in any case.