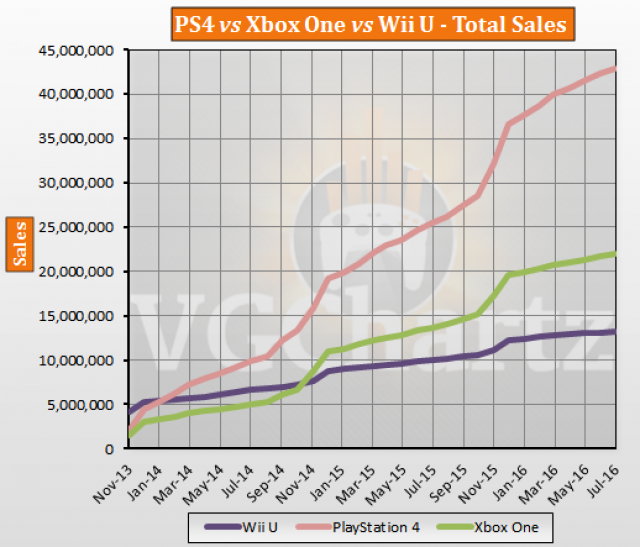 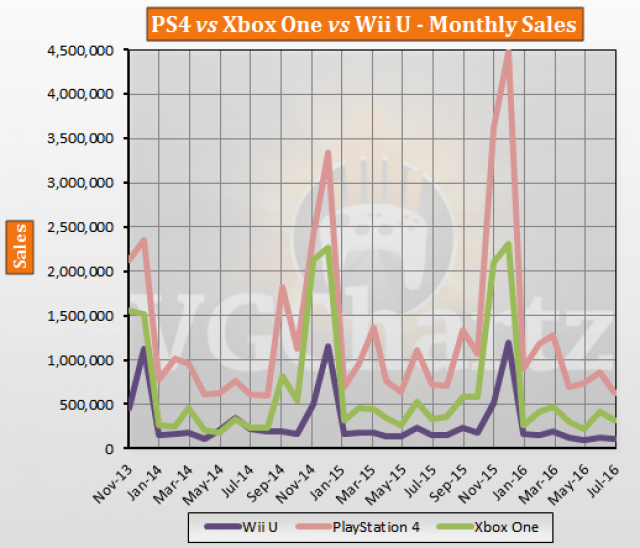 Looking at market share for the month of July, the PlayStation 4 managed to achieve 60 percent. The Xbox One accounted for 30 percent of the consoles sold, and the Wii U 10 percent.

With a discrepancy like this no wonder Nintendo and Microsoft are getting ready to put out new consoles.

Scorpio is just as much of a refresh as PS4 Pro is. They're part of the same family system.

PS4 is just killing that marketshare. I truly believe this console can beat the PS1 and be the second best selling PS. Im thinking 110 M lifetime.

I hope it beats the PS2, the best selling console of all time. :D

The industry is striving.

The PS4 is the greatest system of all time! The PS4 has the best games of all time and its sales clearly reflect its greatness!

You would have to spend your entire paycheck for the next 72 months, and that's without interest, to afford that car. Next time pick something more realistic to go with your sales pitch.