With Konami self-destructing and Nintendo ignoring Metroid, fans need to look elsewhere for their Metroidvania fix. Independent studios have answered the call, releasing gems like Xeodrifter, Guacamelee!, and Teslagrad. Now Insomniac Games has joined the fun, releasing, arguably, the best of the bunch: Song of the Deep. Developed by a small 15-person team at Insomniac, Song of the Deep punches well above its weight, outperforming games with ten times the staff and budget.

Song of the Deep follows Merryn, the young daughter of a fisherman. When her father is lost at sea, Merryn uses her ingenuity to create a makeshift submarine and sets out to find him. Based on Irish mythology and presented in storybook stills, the story in the game is full of charm and commentary on the beauty of the natural world. Merryn also acts as a narrator who offers background information on the game's undersea universe and insight into her experiences, doubts, and triumphs. 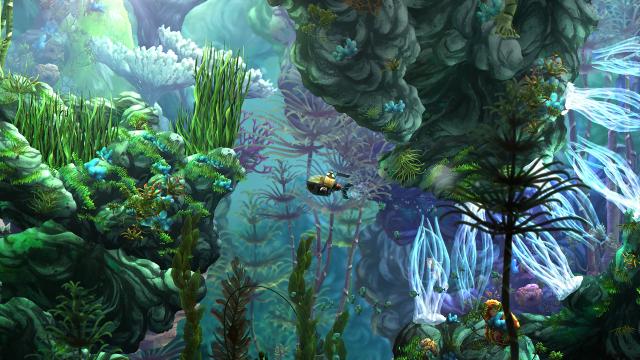 Anyone familiar with Super Metroid, Symphony of the Night, or any of the GBA and DS Castlevania games will feel immediately at home with Song of the Deep. It's a 2D action-adventure game focused on unlocking skills and items that allow further entry into a giant game map. Merryn starts in a rather unsophisticated homemade submersible, but by the end of the game it's a tricked-out, super-powered sub complete with reinforced armor and missile launchers.

Like any good Metroidvania, Song of the Deep features several different environments, each with its own theme music and art design. There's a mysterious boat graveyard, a creepy hollow strewn with spider webs, and a forgotten city still churning and smoking with ancient machinery. Merryn will explore all of these and more, fighting off hostile sea life, mechanical sentinels, and violent ocean currents. 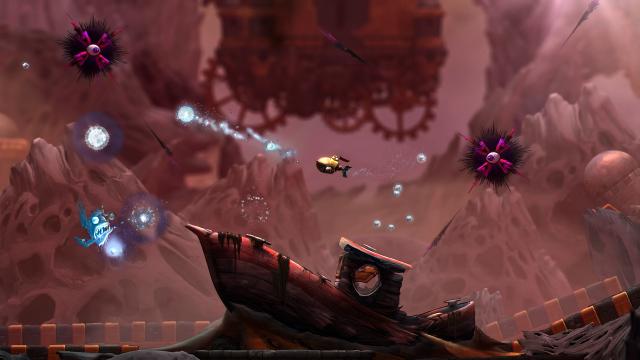 Combat in Song of the Deep is simple, but fun. Merryn can attack in all directions with an extendable claw and with a bevy of missiles of different elemental types. However, the development team at Insomniac focused more on puzzle-solving and undersea exploration than combat in Song of the Deep; so don't expect the deep and varied combat found in a game like Guacamelee. This lack of complex fighting techniques is most glaring during boss battles, which represent a significant lost opportunity for Insomniac. There are only a few boss battles, and all of them are on the simple side.

What Song of the Deep lacks in tactical combat, it makes up for in exploration and puzzle-solving. There are dozens of nooks and crannies in Merryn's undersea world, each hiding treasure and upgrades. To find them all, players will need to use the sub's technology wisely, and manipulate friendly sea creatures. At some point in the game, Merryn will gain the ability to leave the sub and explore on her own. This is the game's version of Samus' morph ball, and it makes Song of the Deep even more fun and layered. 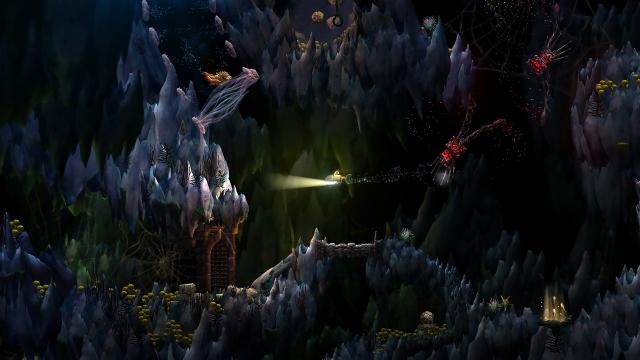 One area where Song of the Deep suffers is simply a lack of polish. There are a few areas where it's possible to get wedged into the environment, and the framerate drops when there are too many enemies on screen. Still, it's a small price to pay for such an enjoyable and mesmerizing game. A few technical hiccups don't spoil the overall experience, which stands as one of the generation's richest Metroidvanias. 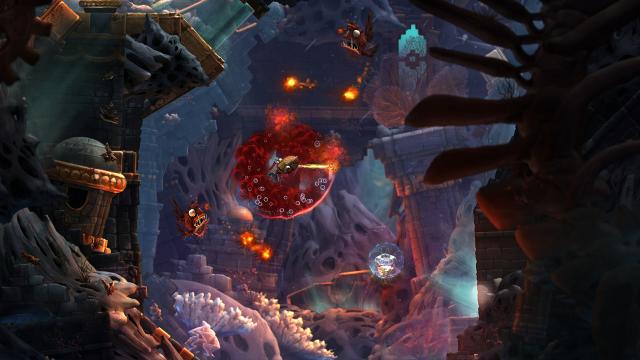 With industry giants Nintendo and Konami failing to produce meaningful Metroidvania games over the last few years, the duty falls to others like Renegade Kid and DrinkBox. Even Insomniac, accustomed to producing big-budget blockbusters like Sunset Overdrive and Ratchet & Clank, is getting in on the action. Thank goodness for that. Insomniac proves with Song of the Deep that it can make a gem with a small team, on a tiny budget, and in a previously-unexplored genre.

This review is based on a digital copy of Song of the Deep for the PS4, provided by the publisher.

A new metroidvania game? I must play it!