When Mario’s not rescuing princesses and saving various kingdoms from nefarious villains, he plays a variety of sports. Tennis is one of his favorite sports and, this year, he’s returning to the courts in Mario Tennis Ultra Smash. 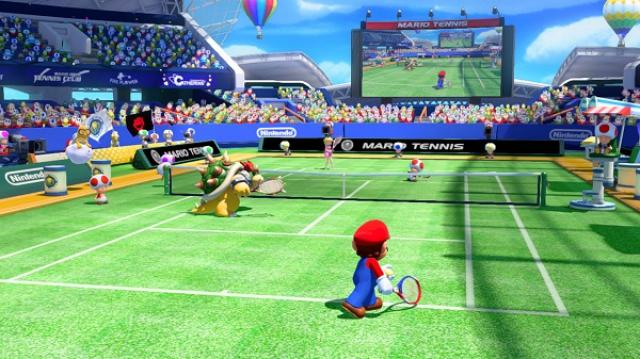 In singles mode, I played as Mario and faced off against Bowser. The two new additions to the franchise made themselves known quite quickly. Characters now jump high to take most of their shots, meaning that nearly any shot can be returned with acrobatic flair. Mario jumps high up to the heavens to return shots, and Bowser not only has serious jumping power, he can do a wicked backhand in mid-air. Clearly no one in the Marioverse skipped leg day.

Also included are Mega Mushrooms, which appear on the court and allow the player to grow to a monstrous size. Mega-sized characters dominate the courts, making everyone else look tiny in comparison. This effect became more pronounced when I played doubles mode, as the big characters cover their portion of the court extremely easily. It makes rallies last longer, and could mean matches take quite a while to complete. Hopefully an option for a bigger tennis court will be available in the full game. 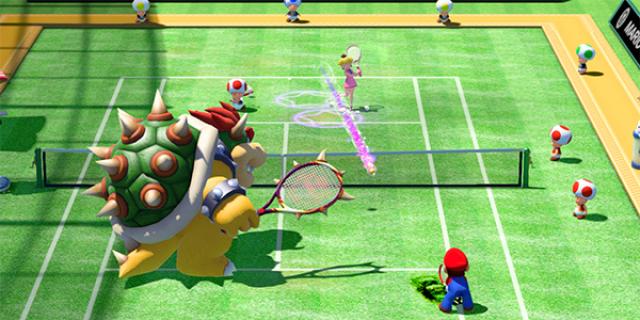 During the demo, I noticed that even though the bigger characters could hit the ball with more power, the ball always managed to clip one of the edges. It’s unclear if this extreme forgiveness is what we can expect from Ultra Smash in the future though, as this was an early build of the game.

Mario Tennis Ultra Smash is coming to Wii U this holiday season in North America.

One of the veryyyyyyy few games that im intrested in for the Wii U.

Didn't even know this existed.

I think people had enough Mario Sports games by now..... and we´re getting another Mario & Sonic game. They should produce something different...

When the 3DS Mario Tennis was announced, I was interested... but a console game, that's where's at. Really happy this is comming. I'm such a huge fan of this particular series of Mario games.

ughhh another Mario Tennis... seriously this is why Nintendo is losing so many consumers...

Is it really? Games that consumers aren't fored to buy are pushing them away is what you are telling me?

I'm all for that over the top approach but I will only buy this if they include a more realistic option to play. the N64 Mario Tennis was a fantastic game for this reason.

Meh, just a mediocre way to make easy money out of the character of Mario, sure it will be fun, but nothing great honeslty and absolutely not a big deal.

You're correct. But you're gonna tick some people off with the truth. Nintendo can do better. But they won't.

I guess you don't remember Mario Tennis on the N64...