Sonic Adventure. The Sega Dreamcast brought Sonic into the 3D realm and, with that, an overarching series of events that could only be described as an adventure. Though the modern Sonic era has been rife with missteps and failures, fans still point to Sonic Adventure 2 as a beacon of light shining through the darkness. Now, over a decade later, it gets an HD re-release on XBLA and PSN, hoping to rekindle the love affair from the early 2000s. And, for better and for worse, it succeeds in bringing the same experience players had on their Dreamcasts. 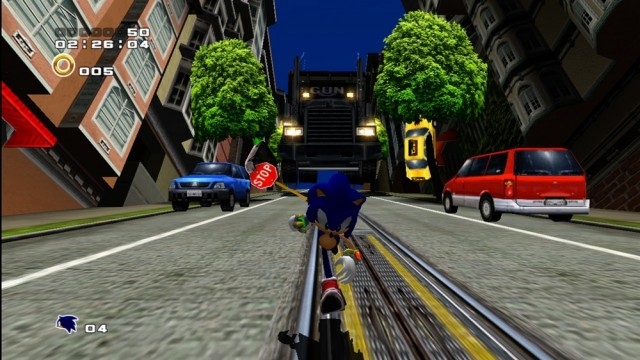 Story mode is split up between Hero (Sonic, Tails, Knuckles) and Dark (Shadow, Dr. Eggman, Rouge the Bat). Dr. Eggman is looking for the secrets that his grandfather, Gerald Robotnik, left behind, when he serendipitously releases Shadow the Hedgehog from his prison. Dr. Eggman, using the information he's learned from his grandfather's files and from Shadow, hatches yet another plan to make the world his own. Team Hero cannot let that happen, beginning the next chapter of the legendary Sonic vs. Eggman showdown.

There are three different gameplay options in story mode, with a character on both Hero and Dark representing it. Sonic and Shadow represent the running levels that are most like iconic Sonic. Tails and Dr. Eggman hop into mechs and shoot down waves of enemies, similarly to E-102 Gamma in Sonic Adventure. These levels are the least like classic Sonic, yet due to the slower, plodding nature of the mechs, the camera has fewer chances to get stuck in odd spots, making it the playstyle that has aged best. Knuckles and Rouge hunt pieces of treasure in each level; an experience that has been love it or hate it among the fanbase. Sonic Adventure 2 removed the ability to sense all three treasures at once, opting to give hint boxes to locate one treasure at a time.

Now, this was originally released in 2001 and, like many early 3D platformers, the camera is an exercise in frustration. Too often, the camera cannot keep up with your fast actions, so it gets stuck behind a wall or object and makes it impossible to see where you are going. Sometimes it changes angle for no adequately explored reason, other than to surprise you or find an angle it thinks is "cool", but that just leads to further frustration. There's no option to tilt the camera up or down and that sometimes makes it difficult to gauge jumps. This was already annoying with the original release, but players got over it. After the advances made in this department over the past decade, Sonic Adventure 2's camera failures become even more noticeable and much more difficult to forgive. 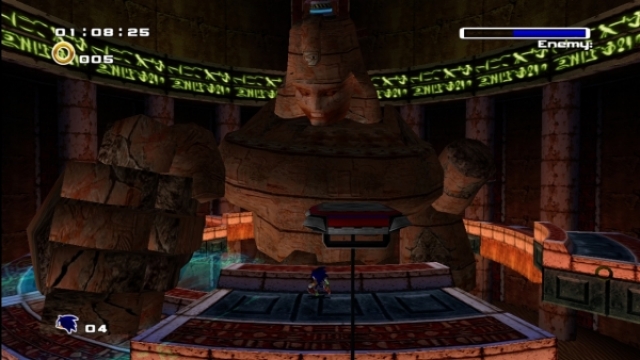 Attention has been put on this release being an HD port, and yes, it's in 720p. However, to me, Sonic Adventure 2 HD does not look that much better than its previous release on the GameCube (though it looked very nice on GameCube, so that's not a completely damning statement). However, only some of the cutscenes go full 720p widescreen; some stay in their original 4:3 ratio. Even some of the in-game cutscenes stay at 4:3, with the levels all being 16:9. Such decisions seem baffling - why some cutscenes and not others? It's hardly a HD port if it's only HD and widescreen some of the time.

Soundwise, this game has gotten a reputation for being "so bad it's good". The soundtrack is certainly a bit cheesy, but the mostly rock soundtrack is a great fit for the game. The sound effects are classic Sonic and fit in with what's occurring on screen, but some audio glitches do occur (such as sounds repeating on and on when they shouldn't, and the developer's apparent incessant need to have jet engines blaring constantly even when the jet plane is nowhere on-screen).

Though the core game is suffering from a bad case of aging, the Chao Garden is still as addictive as it ever was. Cute little creatures called Chao are hatched from eggs and it is your job to raise them. During the main game, animals and Chaos Drives are dropped by enemies, which can be given to the Chao to raise their seven stats (Run, Fly, Swim, Power, Stamina, Luck, and Intelligence). A Chao with better stats will perform better in Chao competitions, which can be accessed through the Chao Garden. These competitions represent some of the Sonic Emblems, so completionists will have to raise some strong Chao to complete the game. 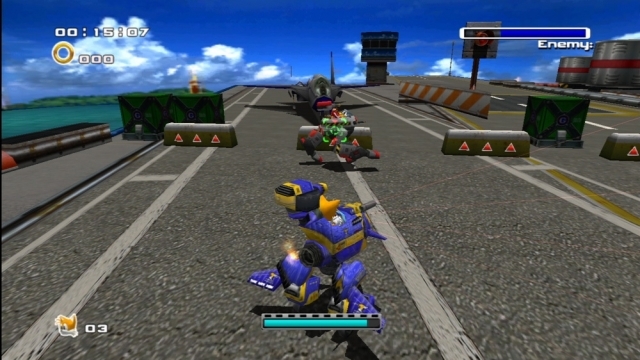 A Chao treated well by Hero characters will turn white and eventually evolve into a Hero Chao, opening the Hero Garden. A Chao treated well by Dark characters will turn black and evolve into a Dark Chao, opening the Dark Garden. Finally, one treated equally by both sides will evolve into a Neutral Chao. There are plenty more nuances to Chao raising than this - they can breed, they can evolve multiple times, they can wear hats, they can learn lessons from Chao Kindergarten, and they can even reincarnate. The Chao Garden is an incredibly deep experience which could survive as its own game, so it's odd that Sonic Team hasn't revisited this concept since the Adventure series.

Multiplayer modes from Sonic Adventure 2 return for this HD re-release. The game takes each of the three gameplay modes and makes them multiplayer. Running levels are a straight race to the finish, while gem hunting levels become a competition to see who can decode the hints and find the emerald pieces first. The shooting mode becomes simply both characters fighting each other in a small arena, which is not anywhere near as fun as the other two modes.

The Battle DLC is available as a separate $3 purchase. This adds six new characters and 21 new stages to the multiplayer, enriching the experience, and adds Chao Karate to the list of Chao competitions. This is the extra content that was exclusive to the GameCube release of the game. Though all of this is nice, it does not add online multiplayer, which is, unfortunately, absent. There are online leaderboards that track your scores on levels, however.

All of that adds more value to the package, but there are also additional missions for each of the game's 30 levels. Each level has five missions, which add on challenges such as collecting 100 rings, finding lost Chao, beating a tough time limit, and completing the level on hard mode. Each challenge offers a new Sonic Emblem and a new level in which to get that elusive A rank. 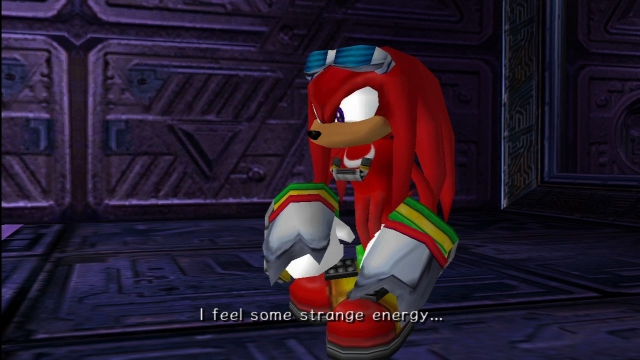 Ultimately, Sonic Adventure 2 HD brings everything from the game's prior releases to the HD realm without changing anything. This means the original experience is preserved for anyone who wants to blast through once more. But those who have never played the game before likely will not enjoy it as much as veterans will. Those new players should stick to Sonic Colors or Sonic Generations, as the addictive Chao Garden is not enough to put this relic of the past above those two titles. Sonic Adventure 2 HD is certainly fun when it works, but it messes up far too often to compete with the top games of today.

This review is based on a retail download of Sonic Adventure 2 HD for the PlayStation Network.