It took two years, but Black Rock Shooter: The Game is now available in the United States on PlayStation Network. That two year gap means we are seeing a PlayStation Portable game over a year following the release of the PlayStation Vita, though it existed prior to that. The oddities don’t stop there, as the game is unavailable in Canada, Mexico and various European nations due to licensing issues. So, with all that said, who’s up for some Black Rock Shooting? 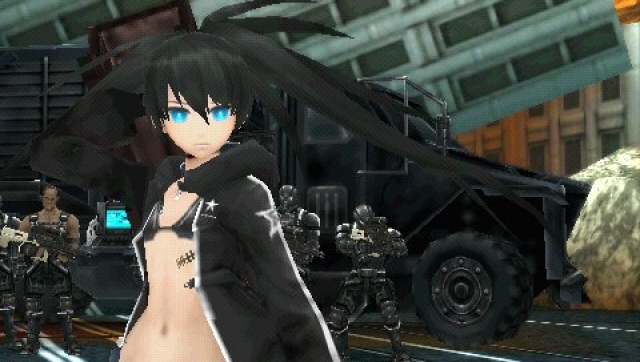 Black Rock Shooter: The Game is a video game (yes) based on the manga/anime series, Black Rock Shooter (for real). If you’re already a fan of the series, this game should be on your radar and you’ll likely excuse its shortcomings and enjoy the game. If not, it’s not such a clear cut decision.

Earth has been attacked by aliens and humanity is down to its final twelve members. Survival for the human species appears to be at its end, but they have one ace up their sleeve, a barely-clothed girl with an enormous energy cannon, code-named Black Rock Shooter (BRS). Awakened from her slumber, the girl decimates the alien force attacking the humans and becomes the key player in humanity’s plan to take back Earth.

That kind of story has the potential to be very compelling, but it’s not executed well. There is not much of an emotional connection with the characters. Occasional radio chatter serves to create an identity for each of the humans, but it’s not a very strong identity. I mostly ignored my human comrades and did not feel much for their plights. Had this been done better, it could have been a much stronger background story. 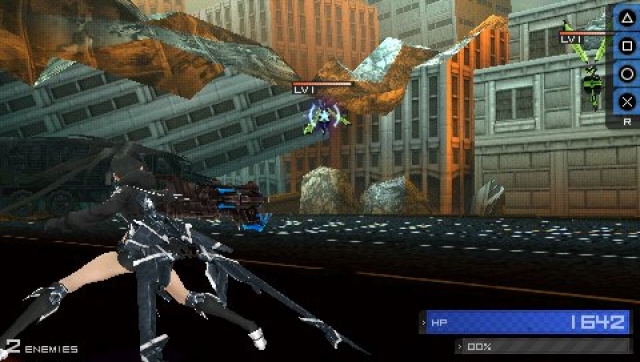 Much more interesting in Black Rock Shooter: The Game is the battle system. Walking up to an enemy in the field causes a transition to a battlefield where various enemies appear. Some will approach you to use melee attacks while others stay back and launch ranged attacks. BRS’s main attack is her energy cannon, which fires energy blasts at whatever target she has locked on to. Various skills can be unlocked throughout the game which will give BRS new attacks or support skills. Up to four can be equipped to the PSP’s face buttons at one time. Effective use of these skills can help to bring down bosses (my go-to combination was Aggressor for an ATK/DEF boost, Stun Snipe to stun a foe, then Blade Kill, which does extra damage to stunned enemies).

But you won’t be able to spam your cannon, as BRS has a heat meter that must be managed at all times during battle. Firing her cannon will increase the heat gauge and the more the heat gauge rises, the weaker those energy shots become. The heat also comes into play for dodging and guarding. Dodging an enemy’s attack will increase the heat gauge further. Guarding will not, but it prevents BRS from cooling down. If the gauge reaches 100%, BRS will overheat and be unable to take any actions for several seconds, exposing her to enemy attack. This makes every attack a strategic decision – do you continue the offensive and risk overheating, or be more timid to keep the gauge down and be more ready to dodge? This is the type of decision not often seen in RPGs and it makes battles interesting, even when facing waves of similar enemies throughout the campaign. 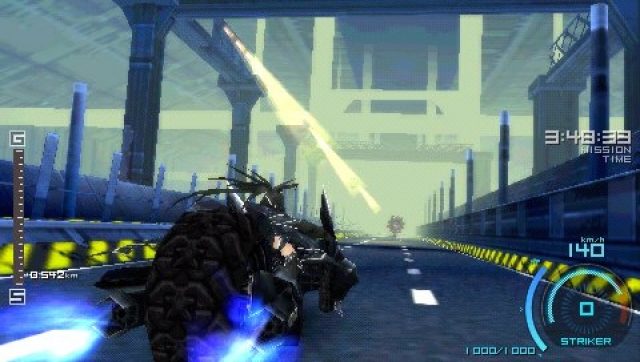 Other elements of the gameplay are weak. When outside of battle, you guide BRS through generic settings where each screen looks much like the last and there isn’t much of interest. You can perform various actions (such as jumping up broken buildings) at pre-defined points in the world, but you have to be in the exact right spot to trigger this, which is annoying because BRS can only run and not walk, even if you just tap the D-Pad. There are several driving missions in the game where you can dodge and attack enemies on the road to charge up the motorbike’s lasers, which kill everything in sight. It sounds fun, but it’s really more of a chore, as BRS can only kill an enemy if you dodge at the exact moment before you would get hit by the enemy.

This is a PSP game from 2011, so one cannot expect Black Rock Shooter: The Game to match the graphical output of current handhelds. But even by 2011 standards, this game’s graphics are mediocre. Character models are decent but many games do better, while backgrounds and environments are repetitive and nondescript; the experience feels like an unwelcome blast from gaming’s past. It is sorely lacking in interesting visuals, especially compared to its anime counterpart. As for audio, the sound effects convey what is happening in the game pretty well, and the music is good for the setting, if unspectacular. The game has not been dubbed in English, so all voices are in Japanese with accompanying English subtitles.

The single player adventure will take around 10-15 hours for a first playthrough. After beating each stage, Free Hunt mode is unlocked which allows players to free roam without being bolted down by specific mission requirements. There’s enough content here to justify Black Rock Shooter’s $20 price tag, but you have to be ready to endure plenty of repetition. 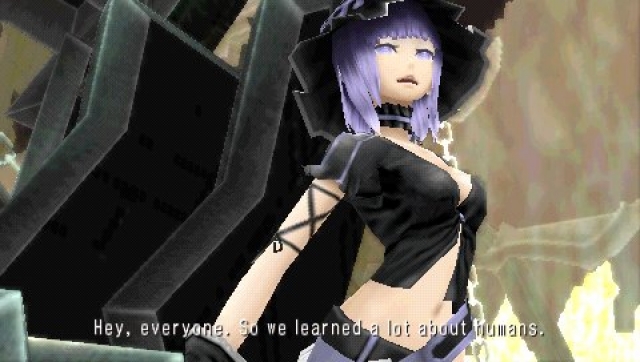 There’s a lot to love about Black Rock Shooter: The Game, but there’s also a lot to hate. Battles are strategic, intense and fun, but when outside of the battle, the game is a drag. The story comes up flat, the presentation is bland and there isn’t enough interesting variation in the gameplay to keep most people’s interest. Fans of the manga/anime series will still enjoy Black Rock Shooter: The Game, but everyone else will have to think twice.

This review was based on a digital download of Black Rock Shooter: The Game for PSP provided by the publisher and played on a PlayStation Vita.