I thought the premise of the original Homefront was quite absurd - North Korea rises to power, conquering Asia and launching an attack on the United States. To its credit, the game took its unrealistic premise seriously and received its fair share of positive (and negative) reviews. The IP was sold to Crytek during the THQ asset sell-off and now Crytek is developing its sequel, Homefront: The Revolution. 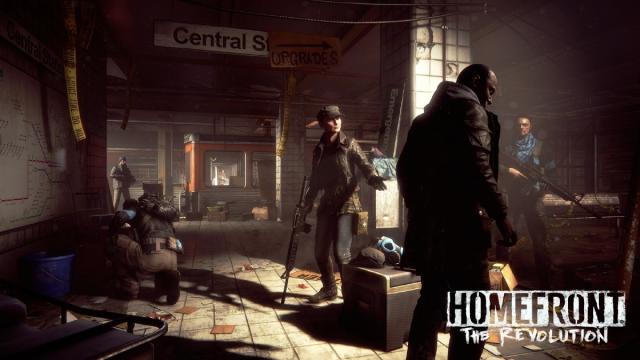 North Korea has successfully conquered the United States and instituted an Orwellian state. While most citizens are being abused and tormented by the new regime, a few brave people in Philadelphia are standing up to the Korean army, using guerrilla warfare to undermine their rule.

Homefront: The Revolution is being designed purely for the new generation of platforms and looks great as a result. The dystopian vibes of the game truly set in and it felt like I was being sucked into this bleak imagining of the United States.

The game is all about guerrilla tactics - you'll need to be sneaky and think outside the box if you hope to survive.  During the gameplay presentation, our presenter was stealthily taking out soldiers and security cameras to prevent the Korean army from spotting him. As he made his way to the Korean police station, we saw that weapon parts could be changed dynamically in real time - the player character literally takes off pieces of the gun and attaching new ones based on which button prompt is selected. We also got a taste of NPCs interacting with eachother, including one who humorously told off a Korean security drone by urinating in its general direction. We were told these interactions were dynamic, based on the situation, the day/night cycle, and the evolving game world. 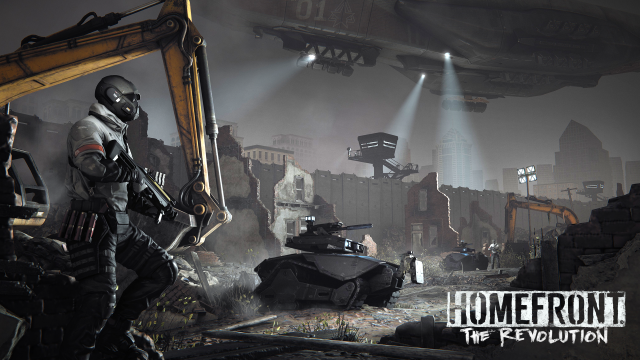 Once the presenter reached the police station, we saw the game's creativity come into focus. The player strapped a bomb to an RC car and drove it into the police station. Doing this alone would be obvious, so the RC car was driven under a supply truck, having to start and stop as the truck did until it entered the station. Once it got there, the bomb was detonated and an intense firefight broke out between the Korean army and the insurgents.