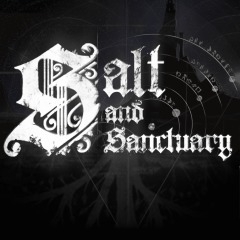 When FromSoftware released Dark Souls in 2011 they made an undeniable mark on the videogame industry.  They upended hand-holding conventions of modern videogame design, forcing players to approach areas methodically and to strategize to overcome challenges. Although death came often, the elation of finally defeating a particularly difficult area or boss was hard for other games to mirror. Since then, various games have been compared to FromSoftware’s venerable series. One such is Ska Studios’ Salt and Sanctuary, which is an ode to the Souls series as well as an excellent Metroidvania game in its own right. 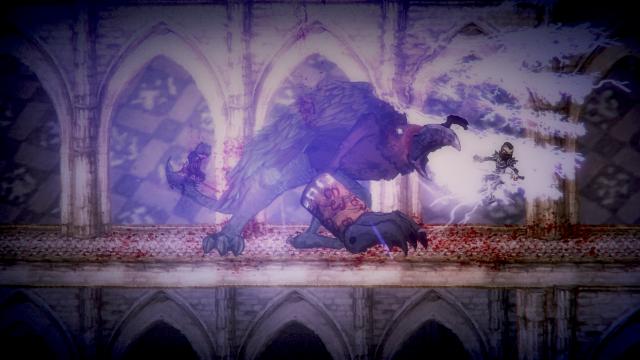 Impressively developed by the two-person team at Ska Studios, Salt and Sanctuary’s parallels to the Souls games are immediately apparent in how it plays. It is a 2D action platformer akin to other Metroidvanias, but the combat more closely mirrors that of the Souls games than anything else. There is, most notably, a stamina bar which depletes with actions and renews itself when you’re at ease. This forces you to be constantly aware of how you're managing your actions. One wrong move, much like in the Souls games, and you may leave yourself open to devastating attacks. Thanks to these mechanics, combat is both visceral and rewarding, converting the excellent combat of the Souls games into a 2D Metroidvania with stunning accuracy.

Ska Studios has also taken great inspiration from Metroidvania games in how you traverse the world. During your journey you will inevitably run into places that you can’t reach without certain abilities. Called “Brands”, these give you special abilities such as dashing in mid-air, jumping off walls, and passing certain gates. Although not immediately obvious, Salt and Sanctuary does show its Metroidvania influences as you go deeper into the game. 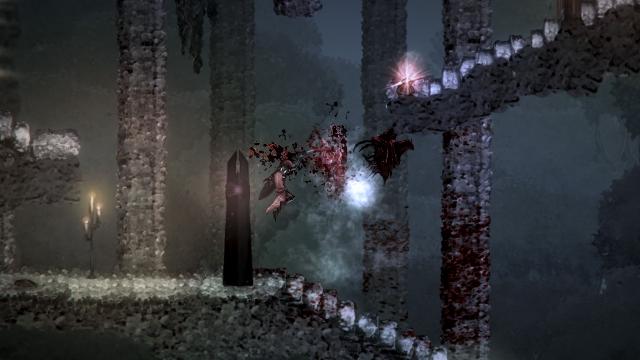 Another familiar aspect of the Souls games can be found in the brilliant map design of Salt and Sanctuary, with its often sprawling areas and ingenious connections. You will be forced to explore dark caverns, towering castles, harrowing crypts, and other unique areas on your journey. There are 23 areas of varying sizes to go through in total, with several hidden passages to find and bosses to conquer.

For the most part, many of the bosses in Salt and Sanctuary are similar to those in the Souls games in that they require patience as well as trial and error. They have different weaknesses and strengths which require different strategies, particularly early on. Overall, Ska Studios did an excellent job with the boss designs. Some will be easier compared to others depending on the strategies you use, the items you equip, and the class you choose, which gives you a multitude of options on how to face bosses.

Although most of the bosses are really well designed, I found some to be a bit lacking. There were a few bosses in the latter half of the game that seemed too easy and not at all memorable. I was able to defeat them in one encounter - something I have never been able to do in a Souls game before - by simply mashing the attack button while dodging here and there. Perhaps I was a bit too overpowered at the time, but the two-handed sword build I was running with seemed too successful towards the end of the game. 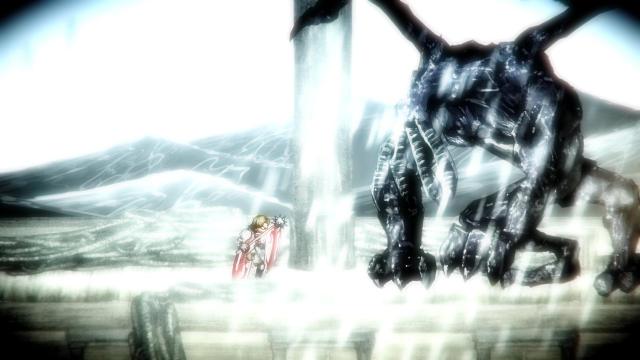 In Salt and Sanctuary you become more powerful as you level up by spending earned salts at sanctuaries that are sprawled across the world. For each level you gain, you also get a Black Pearl, which you can use to spend on a Skill Tree. Black Pearls can also be found hidden throughout the world. The Skill Tree is actually reminiscent of Final Fantasy X’s grid system. There are nodes that you need to connect as you level up to be able to use up to 600 pieces of weapons and equipment. This leveling system, and the vast amount of items, provides you with a great deal of customization and also ensures you aren’t strictly tied to one of the eight classes you choose at the beginning of the game.

Unfortunately, the actual character design in Salt and Sanctuary is rather bland and out of place.  You can customize basic traits of your own character, such as gender, hair style, and eye colour. However, no matter what I did, I couldn’t help but feel that my character was too cartoony. The NPCs also suffer from this cartoony style. This visual style worked well with some of Ska Studios’ previous games, but it feels out of place in the gritty, dark world they have created here. This is, however, a small blemish in a game that, for the most part, is actually quite gorgeous. 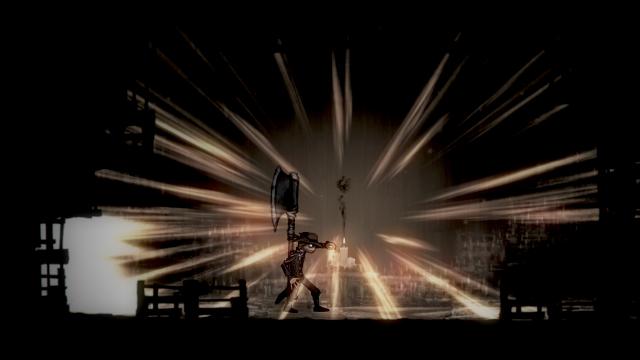 The more you journey through Salt and Sanctuary the more you realize how strong the different environments are. Although not technically impressive, the areas are brilliantly crafted thanks to terrific art direction. I personally really enjoyed the darker areas that force you to use a torchlight to reveal the hidden dangers lurking below, but all of them are generally well done and consistently atmospheric while being unique.

What would have made the areas stand out even more is if there were identifiable tunes associated with them. Music really helped make areas in other Metroidvanias, such as Castlevania: Symphony of the Night, stand out but this is a feature that's noticeably missing here. There are a few tunes that play throughout Salt and Sanctuary, but they become repetitive. 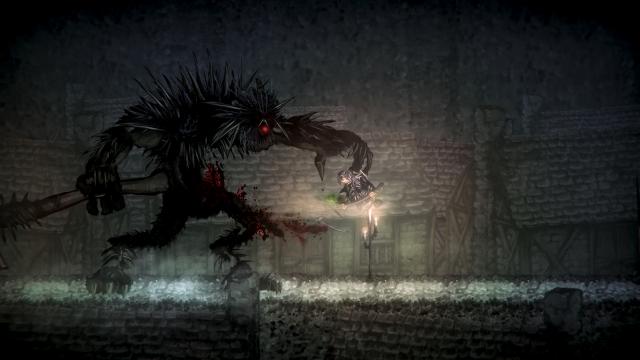 It is easy to forget that Salt and Sanctuary is developed by just two people. It almost perfectly blends the best parts of Metroidvania games with the deep and exciting mechanics of the Souls series. The combat is engrossing and most boss fights require strategy and patience, areas and environments are well designed and give players plenty of reason to explore and revisit them, and the leveling system as well as the vast array of weapons and equipment will ensure players can enjoy many hours experimenting with near endless combination of builds. Although the character models, music, and sound effects can become repetitive, these are small imperfections in an otherwise fantastic game. Ska Studios has created a title that is able to stand on its own as a unique and essential experience to fans of either Metroidvania or Souls-like games.

This review is based on a digital copy of Salt and Sanctuary for the PS4, provided by the publisher.