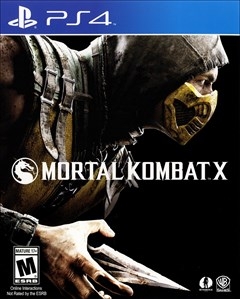 Mortal Kombat X is easily one of the best Mortal Kombat games ever made. The developers at NetherRealm Studios clearly took what they'd learned producing Mortal Kombat (2011) and Injustice: Gods Among Us and, in this entry, have created the deepest, most feature-rich game in the long-running fighting series.

Mortal Kombat X is packed with features and modes, both online and offline, plus a substantial roster of new and evergreen characters. Everything comes together well, from the gorgeous graphics, to the deep and engaging fighting mechanics, to a story mode which unfolds like a Hollywood blockbuster, and a host of modes that will keep players coming back for months, if not years. The only outright negative is the ugly way Warner Bros. and NetherRealm have monetized the game. But more on that later. 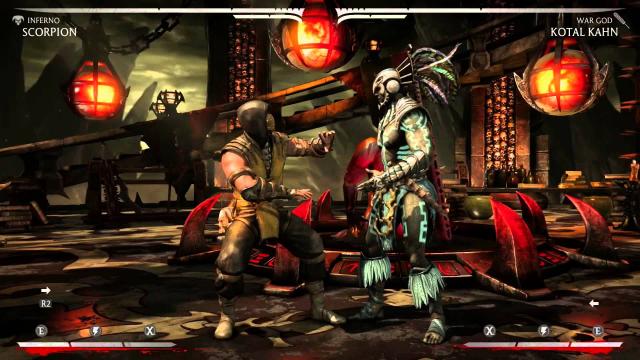 Like Mortal Kombat (2011) before it, Mortal Kombat X is a 2D fighting game. It takes place across several earthly and otherworldly realms, all of which are jockeying for supremacy. In the game's story mode, it has been two years since the forces of Earthrealm defeated Outworld's emperor Shao Khan. Now, however, it's the turn of Shinnok, a fallen Elder God, to attack Earthrealm with his own Netherrealm forces.

A popular video game maxim holds that "no one plays fighting games for the story mode." But NetherRealm Studios has, over the last four years, turned that maxim upside down. As the studio did with its first foray into the bloody halls of Mortal Kombat, NetherRealm has created in Mortal Kombat X a story mode that is more than simply a collection of fights against enemy AI; it's a fully-realized story, with strong character development and spectacular cut-scenes. Moving forward and backward through time, introducing new characters to the franchise, and tying together a number of loose ends from the previous game, the story mode in Mortal Kombat X is definitely worth playing. 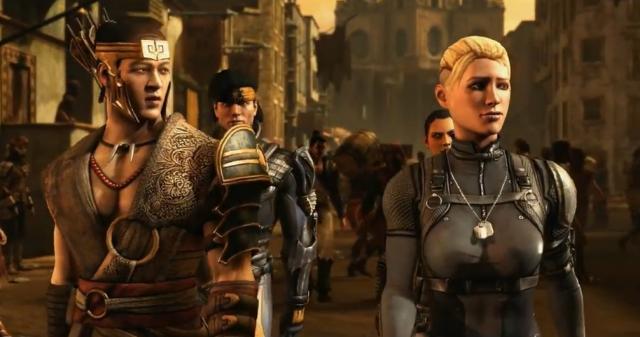 When you aren't playing and watching the best-in-the-genre story mode, you can enjoy a number of interesting features and modes that are new to the series. One of the more engaging new modes is "Faction War," a dynamic affiliation-based multiplayer mode. The first thing you'll do once you boot up Mortal Kombat X is choose from one of five factions: Black Dragon, Brotherhood of Shadow, Lin Kuei, Special Forces, or White Lotus. Once aligned, you will be able to fight in online multiplayer matches to win points for your faction, and at the end of the week members of the winning faction will earn special rewards.

Faction Wars isn't necessarily a game-changer, but it's an enjoyable diversion. Feeling like a member of a larger faction makes online matchmaking more meaningful. This is especially true of randomized "Invasion" events, weekly challenges which ask players to repel invading AI forces. Overall, the Faction War mode is a welcome addition. It feels alive and dynamic, and it gives Mortal Kombat X even more replay value. 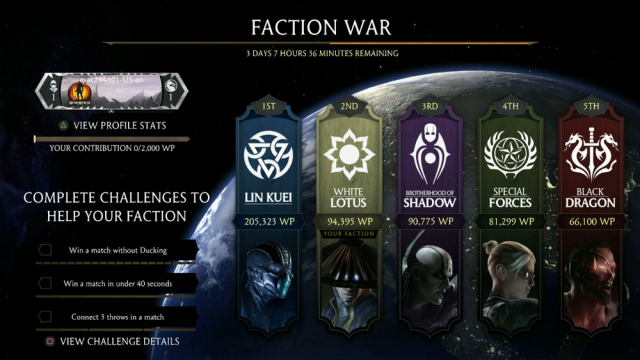 Underlying Faction War, and all the other single player and multiplayer modes, is a deep, complex, and customizable fighting engine. The energy meter, which allows players to expend one to three bars of energy in order to enhance moves or break combos, makes a triumphant return. So too does "meter burn," which allow players to enhance special moves or parlay a grab into a combo. New to the game is an element borrowed from Injustice: Gods Among Us: environmental interaction points, which provide combatants with a number of offensive and defensive options in each arena. Combatants can swing from tree branches, for example, or launch off of a rock or vehicle.

Adding depth to an already complex fighting system are fighting variations for each of the 24 characters (not including DLC characters). Each character has three variations, which players choose at the beginning of a match. If you choose Scorpion's "Ninjutsu" variation, for example, you can wield dual swords. If you instead opt for Scorpion's "Inferno" variation then you can summon a demon to attack opponents. 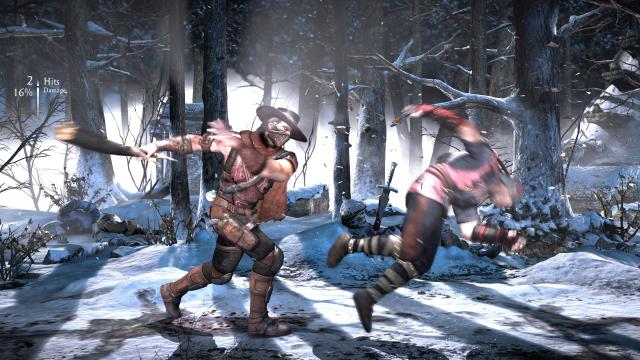 The inclusion of an energy meter, interactive stages, meter burns, and, most importantly, three fighting variations for each character, makes Mortal Kombat X ridiculously deep. These fighting mechanics, combined with a roster of 24 characters (eight of them brand new), will keep even the most hardened fighting game fans busy for weeks.

Regardless, Mortal Kombat X is a terrific fighting game - in my view the best in the series, and the crown jewel of the Mortal Kombat franchise. That's the good. Now, the bad - the unseemly, cynical monetization practices that have been employed. From day one, Mortal Kombat X offers a wide range of paid content that players can purchase in addition to the cost of the base game. This includes a "Kombat Pack", with four additional characters (Jason Voorhees, Tremor, Tanya, and Predator) and a dozen skins at $29.99, which is half the price of the game itself. 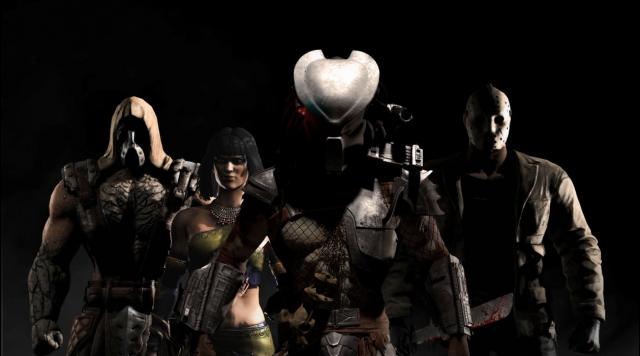 Players can also purchase Goro (previously locked away as a pre-order bonus), for $4.99, and a "blue steel" Sub-Zero skin for $1.99 (the proceeds from this particular DLC help fund a prize pool for an upcoming tournament). If consumers don't want to bother unlocking everything in the dungeon-crawling "Krypt" mode, then they can unlock everything at once for a one-time payment of $19.99. If they'd like, they can also buy access to easy fatalities in packs of five for $0.99 or 30 for $4.99.

Downloadable content and micro-transactions have, unfortunately, become a staple of the video game industry. Mortal Kombat X did not invent them, and their inclusion in the game doesn't erase the huge amount of content available in the base version of Mortal Kombat X. But when the largest and most prominent icon on the game's home page is a link to paid content, and when DLC characters are teased in story mode in a shameful bait-and-switch manner, it's easy to feel that things have gone a bit too far. 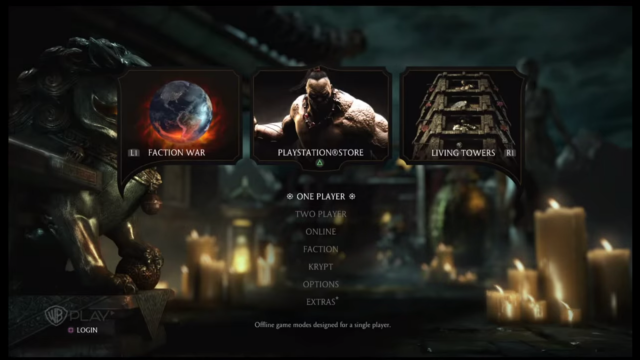 Regardless of any poor business decisions by Warner Bros. and NetherRealm, Mortal Kombat X stands tall as the pinnacle of the Mortal Kombat franchise. The game's modes, especially story mode and Faction War, are deep and engaging. The fighting mechanics, which have been well refined over the last four years, are complex and challenging. And, on a technical level, the game shines - long gone are the wooden models and animations from Mortal Kombat (2011).

Fighting game fans looking for a smart, feature-rich fighter with huge replay value should look no further than Mortal Kombat X. However, anyone on a budget who nonetheless wants a complete roster may want to wait for the inevitable "Komplete" edition.