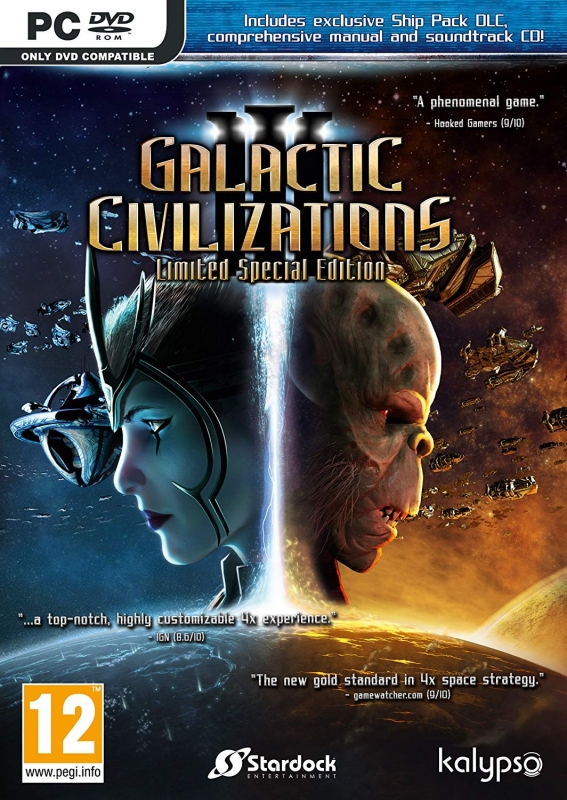 Galactic Civilizations III, the latest entry in the 4X series of strategy games begun in 1993 by Master of Orion, builds upon the classic gameplay elements expected of the genre and even takes some of them to a whole new level. Stardock chose to make this entry exclusive to 64-bit computers, which has allowed them to include larger map sizes and grants players the opportunity to wage galactic warfare against hundreds of civilizations across thousands of planets. There are also plenty of smaller galaxies for those that don't feel like investing what will probably be months' worth of play time into a single campaign. 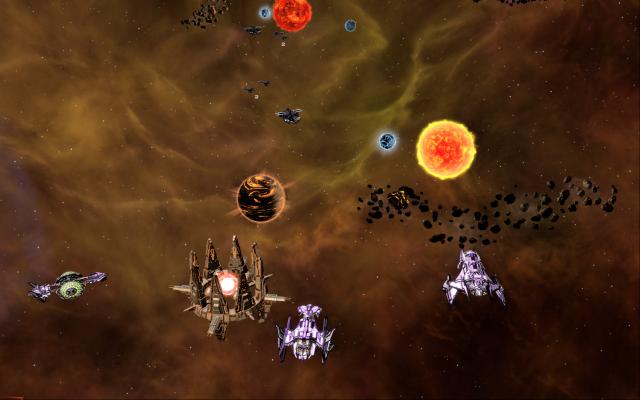 In addition to being able to select your galaxy's size, there are also numerous other options which allow you to tailor the game to your liking. For example, you can adjust the layout of the stars, the frequency of strategic resources, and various over things. The size options do have their flaws, however. As your empire grows ever larger there is an increasing penalty to your population's approval rate - a penalty that does not appear to scale with map size, and so on the larger maps can become crippling.

The newly implemented ideology feature, which replaces the alignment system from the previous game, allows you to spend the points you earn from your choices during events within the game to unlock bonuses for your civilization. The three ideologies available are benevolent, pragmatic, and malevolent, and all three of them offer some powerful bonuses, whether that be things such as a free colony ship (benevolent), a penalty to enemy civilizations (pragmatic) or production bonuses (malevolent). The ideology feature allows some customisation over your civilization and provides diplomatic bonuses or penalties for those with the same or opposing ideologies. However, ideology points largely come from events that occur upon colonising new planets, and again this feature does not scale well with map sizes, which severely limits this feature's impact on smaller maps. 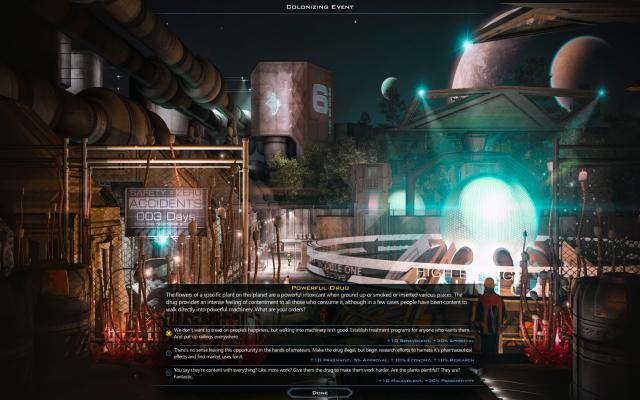 Thanks to the unique tech trees and different abilities some civilizations really do stand out from the rest this time around, such as the robotic Yor Singularity which no longer requires food and which doesn't grow naturally like the other civilizations. Instead, the robot population must be manufactured in the same way a building would be. Strategically this changes a number of things; choosing when and how much to increase your population by is vital, and poor decision making will quickly cause a Yor civilization to fall behind its rivals. On the other hand it also means your population can be mass produced quite easily on developed planets and then either transported to newer planets to boost their early development or used as a large, easily replaceable invasion force. Well thought-out differences like this make all 8 of the initial civilizations unique and fun to play as; they aren't just clones of each other as often happens to be the case in other strategy games. 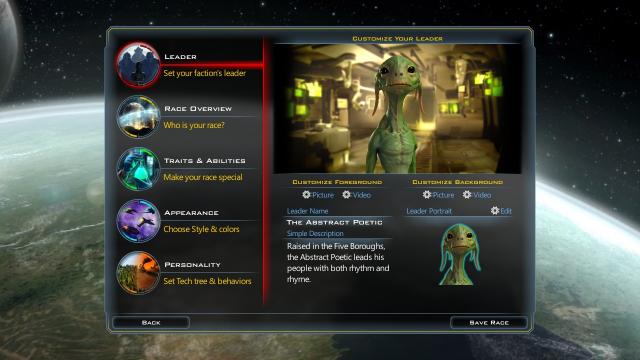 On top of the 8 civilizations that ship with the game you can also make your own custom civilizations. In addition to naming your civilizations and choosing their tech trees from the ones available to the 8 standard civilizations, there are also options to upload pictures or videos of faction leaders, customise the ship designs and colours, and choose from a variety of traits and abilities, some of which aren't used by any of the 8 original civilizations. There is also the ability to set how the AI should play as any faction you create. Steam Workshop support is also set to be added soon, which will make it easier than ever to add new civilizations to your game.

The online Metaverse, which is a collection of players' completed games and scores, makes a return. Unfortunately there are currently some issues with the Metaverse, in that games don't always appear to upload and it can be hard to find them. Being able to see all of your completed games and how you stack up against others is of course a nice feature by itself, however the Metaverse is used for more than just that; the in-game AI utilises it to better adapt to player strategies and should mean that as the game evolves and expands so too will the capability of the AI. The difficulty level of the game as a whole can be set at 5 levels ranging from beginner to suicidal, however a different level can also be set for each individual AI civilization, allowing for yet more customisation. 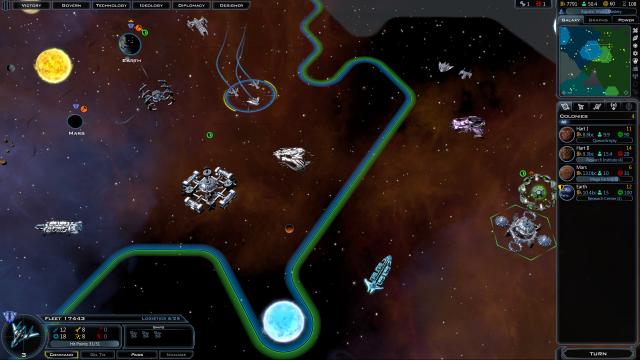 Maps are now hex based, rather than square based, which obviously affects strategy on the galaxy map. It also affects the management of individual planets. This, along with the addition of adjacency bonuses, makes choosing where to construct buildings an important consideration when developing planets. Other bonuses found randomly on some planets can further the adjacency effect, however with various bonuses of different kinds available it can make for some tough decisions on whether to specialise a planet on production, research, or economy. The ability to adjust how much focus your civilization pays to each of these three aspects returns with a new wheel-shaped design, making it easier than ever to adjust. However, there is now also the ability to adjust this on each individual planet as well as the civilization as a whole. While these adjustments aren't necessary to play the game they can give a nice boost for players who don't mind a bit of extra micromanagement.

The process of creating ships has also been changed, with shipyards now appearing on the galaxy map rather than on a planet. The new shipyards can now utilise the production capability of as many as five planets, although the production is penalised if planets are too far away. This, alongside being able to specify the split in production between social and military, can allow a civilization to quickly switch from an economic focus to a war footing. 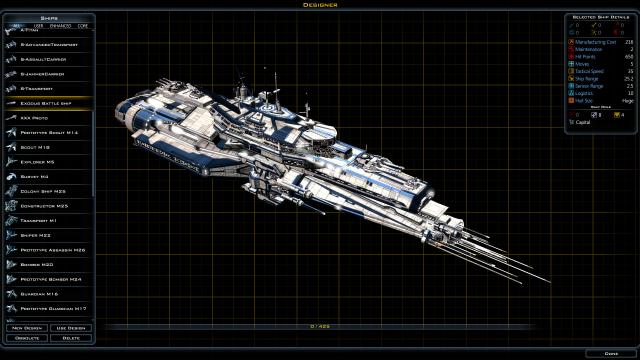 The in-game ship designer offers a vast array of customisation options, such as whether to focus on beams, missiles, or kinetic weapons, and a choice of three different defence types, each of which counters one of the other weapon types. It is possible to tailor ship designs to combat specific enemy civilizations, however the AI too can (and does) adjust its designs when needed. The majority of customisations are purely cosmetic and these don't increase the cost of production, so it is possible to add as many customisations as you want to create the ideal ship design. There are some templates to use for those that don't want to delve too deeply into the designer, and of course there are also some pre-set ship types that will automatically be upgraded when new equipment is researched, all of which makes the ship designer an optional extra.

The game's battle system, where you get to see all of your ship designs in their full glory as they decimate your foes, certainly looks impressive, with lasers and missiles zooming around. However, watching them really is all that you can do. There is no direct control available here. Battles are also solely win or lose affairs; there is no option to retreat and no draws. When your fleet engages in battle it will come out the victor or will be destroyed, which can be quite annoying. While space battles can at least be viewed, planetary invasions are done entirely automatically. Invasions seem to favour the attacker quite heavily as well; defensive buildings constructed on planets do little to actually protect the planet and when more advanced invasion types are used they can be rendered completely useless. 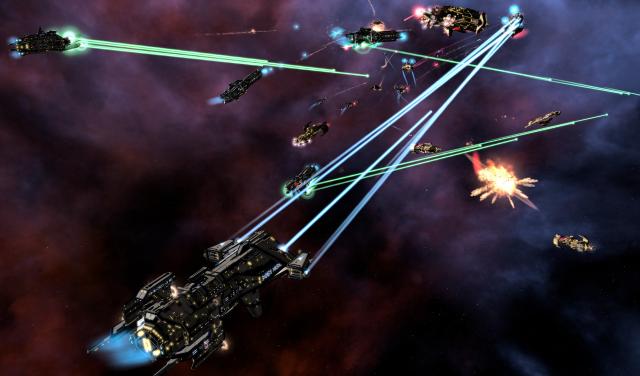 While playing the game is of course fun, winning is the overall aim, and Galactic Civilizations III features six different ways to achieve victory. Bring destruction to everyone for a conquest victory, win an influence victory by controlling 76% of the galaxy, ascend to a higher plane of existence either through a research victory or by controlling the ascension crystals spread throughout the galaxy, forge an alliance with all other civilizations, or even just have the highest score after 1000 turns to win. These victory conditions can also be altered at any time throughout the game, so if you've had your heart set on the complete destruction of all that oppose you throughout the game and don't want a pesky influence victory getting in the way of your final conquest you can easily go to the victory menu and disable it.

The tutorial and campaign modes don't differ much from the main sandbox mode, but they're still worthy additions. The tutorial starts out at a pretty basic level and offers detailed explanations on how to complete every necessary action in the game, which is good for easing new players into a game which does have quite a steep learning curve. The campaign centres around the Terran 1st Fleet and its attempts to liberate Earth following its return from a pocket universe, thus continuing the story from the last game and its expansions. The campaign features some interesting options, including moral choices which can give points towards certain ideologies, making it well worth a play. However, at only three missions long it is fairly short, even though each mission can take a fair bit of time depending on the difficulty level chosen. 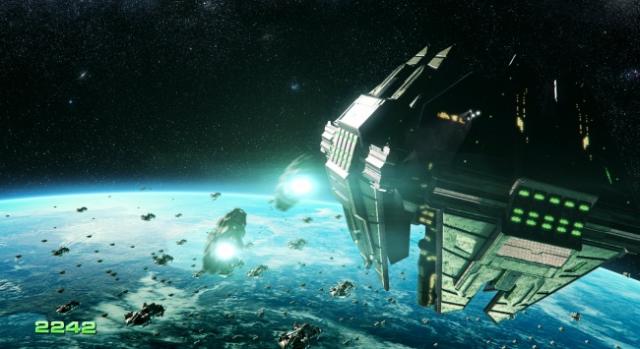 One of Galactic Civilizations III's most notable additions is the inclusion of an online multiplayer mode. Unfortunately it is fairly difficult to find a game at the moment, although I suppose that is understandable given the large time investment required to actually finish a game. There are also some technical issues with multiplayer, and pirate bases and the four map sizes above huge are currently disabled in an attempt to minimise the impact of these technical difficulties. Still, online multiplayer is a welcome addition, and playing against friends can be a very enjoyable long-term experience.

Galactic Civilizations III isn't a game which rewrites the rulebook of 4X strategy games, nor does it add any eye-catching new features, however it is a very well-refined entry. Stardock also has a great track record of supporting its games, and the third post-launch patch is already being worked on, so expect the experience to constantly improve in the months ahead, and that's before the modding community has been let loose on the title. That's to take nothing away from the game as it stands right now; there are already hundreds of hours of fun to be had and that 'one more turn' feeling is well and truly present.