Such was the tagline to introduce Warhorse Studios' medieval action role playing simulation to the world. With magic, monsters, and oversized armaments practically being the default for games set in any medieval approximation, one small studio sought to move in the opposite direction and bring the past to life as accurately as practical. After a successful Kickstarter campaign and several years in development, Kingdom Come has delivered. 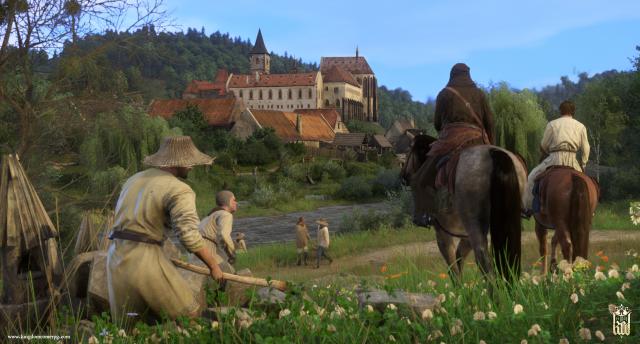 The game sets you down in the open world of 1403 Bohemia. You play as Henry, a blacksmith's son from the quiet village of Skalitz. When an invading army turns your life upside down, it's up to you to transcend your humble origins and avenge your family. Melee combat, archery, horsemanship, alchemy, persuasion, stealth, and more are at your disposal to help you carve your path. How you want to approach things from here is largely up to you.

Bohemia is rich and detailed. Warhorse has made great efforts consulting historical landmarks, artifacts, records, and scholars to take you back in time effectively. Everything has a purpose rather than being merely cosmetic. There's a fair bit to do in the world, from fighting and hunting to thieving and dicing, or even just talking and reading to learn more about the land and its inhabitants. People go about their daily duties while reacting appropriately to the player. Intrude in a private area or walk about town with your sword out and they won't take kindly to it. Take too long to meet up with someone on a tight schedule and they might not wait for you. Reputation and status are vital factors of the old world and they come across in-game; a stranger in dirty rags won't have nearly the same influence as a man at arms in shining armor. 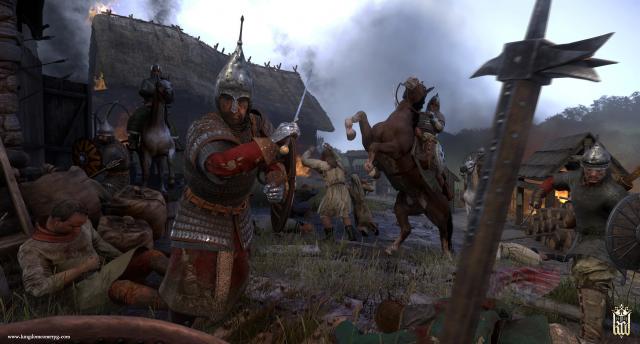 The game is played from a first person perspective and tries to cater equally to RPG conventions and realism with mixed results. Combat can feel a bit awkward but has a lot of depth for those willing to develop their skills. Directional swings, thrusts, and blocks build into parries, ripostes, combos, and special moves but the lock on system and controls take some getting used to. Character systems are even more intricate with numerous skills to develop, perks to unlock, and attributes to tend to. Mini games like lock picking and pick pocketing can be obtuse and poorly explained. Some will appreciate the game's more hardcore elements while others will be frustrated by them, such as the save system that requires a bed or consumable item to trigger; decisions are not made lightly in this game.

Presentation and performance vary. The lush fields and forests of the countryside and glistening metals and fabrics of the highborn are beautiful but a second look at more ordinary elements can reveal a general roughness to the world's edges (and not just in the dirty peasant way). Optimization is not a strong suit, with the game probably running poorer than you're used to for your respective hardware. Storytelling similarly lags in production value and pacing compared to what you might expect from similar 3D adventures with lots of cutscenes. The whole game, really, gives an air of biting off a bit more than the small studio could entirely chew and the polish suffers considerably for it.

The bugs I encountered weren't overly frustrating for such a large and intricate game, but they were noticeable, and horror stories abound the internet (leery customers may want to wait for inevitable patches). On a brighter note, the rousing music, detailed soundscape, and grounded writing contribute to a wonderful atmosphere. 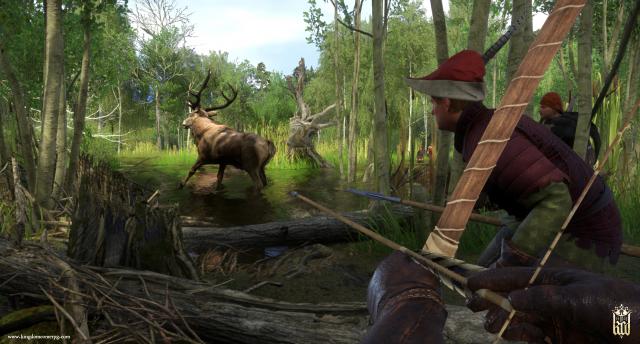 Perhaps the game's greatest strength is its open-ended quest design, with multiple ways to accomplish an objective. Will you rush into battle or sneak in for some skullduggery first? Steal something you need or take the honest path? Put yourself at risk or let others do the heavy lifting? Many problems can even be solved without anything but a sharp mind and shrewd tongue. The dialogue and skill systems allow you to ply people for information and attempt to charm, trick, or intimidate them based on your talents and appearance. Your journey will mold your protagonist from a poor trade apprentice into an influential and accomplished warrior, rogue, debonair, or any combination that suits you.

Despite the drawbacks of ambitious endeavors, Kingdom Come: Deliverance succeeds in bringing a believable medieval world to the player. Those looking for top notch craftsmanship or accessible entertainment may want to look elsewhere, but those hungry for more realism and detail in their castles and sword fights should come away pleased. It's a thoroughly engrossing experience to lose yourself in and play your way.


Disclosure: This reviewer backed the project on Kickstarter.

This review is based on a digital copy of Kingdom Come: Deliverance for the PC