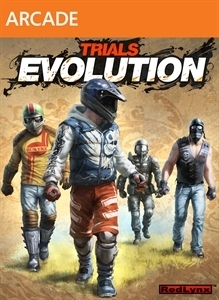 It’s been too long, far too long.

Trials HD was what you might call a breakout XBLA hit. As well as generating critical praise upon release, it also quickly become a firm fan favourite, and blasted past the two million sold mark back in May of last year. A sequel was a no-brainer, then. And so here we are – it’s been almost three years since the release of Trials HD and the sequel has finally arrived.

Trials Evolution leaves the core gameplay wholly unchanged; you navigate your bike rider from one end of the level to the other in what is effectively a physics-based motorbike platformer. The left and right triggers control acceleration, braking, and reversing, while the left analogue stick controls the position of your rider on the bike, thus enabling you to change your centre of balance. And… that’s it, pretty much, bar the B button which instantly resets you at the last checkpoint. Like many of the best 2D platformers out there, the deceptively simple controls belie a surprising amount of depth. Indeed, Trials HD is known for its Everest-like learning curve, and Trials Evolution is no slouch in the difficulty department either; the phrase ‘easy to learn, difficult to master’ was made for a game like Trials. 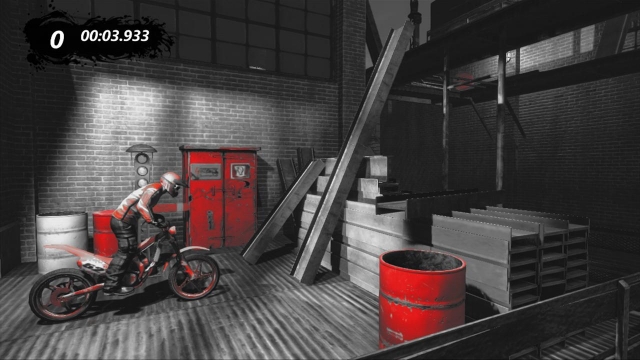 The learning curve is much gentler this time around, however. This is thanks, largely, to the near-doubling of the total track count in the game. That means there are far more easy/medium difficulty tracks, giving you more time to get to grips with the nuances of the controls before you’re thrown into the deep end. Additionally, checkpoints seem more plentiful, and it takes a lot longer to unlock the hard and insane difficulty levels; you’ll need to acquire gold and silver medals for many of the easier tracks (and therefore essentially master them) before the game unleashes hell on you and makes you realise that what you’ve been through up to that point is an absolute cake-walk in comparison to what it ultimately has in store for you.

That massive increase in total track count addresses one of the major qualms I had with the original title. Whereas Trials HD was over almost as soon as you were really getting into it, Trials Evolution allows you to truly get your fill, no matter how compulsively you burn through the tracks. Not only is there more content off the bat, there’s also a potentially unlimited reservoir of new tracks to draw upon thanks to the renewed focus on level editing and community sharing in this title. 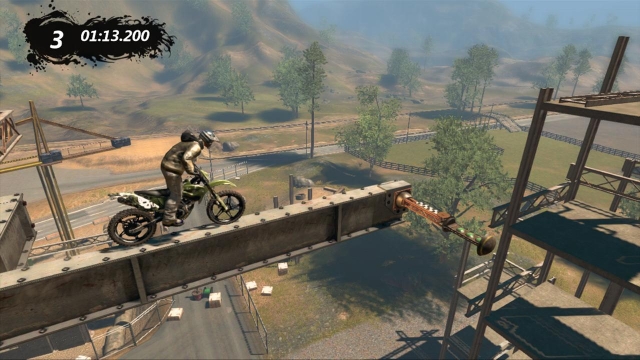 Trials HD also contained a level editor, of course, but it wasn’t nearly as beefed-up as the ones (yes, plural) found in Evolution (RedLynx boasts you can even create serviceable FPS mini-games using the ‘Pro Editor’, if you so desire). And whereas Trials HD only allowed for the sharing of custom creations with people on your friends list, Evolution opens the whole thing up so that it takes place on a community-wide level. Creating, sharing, finding, and downloading new tracks is a piece of cake, and the downloading part is near-instantaneous. In fact, this is an editing and sharing suite that puts many retail games to shame.

So, almost double the amount of tracks, and a much stronger level editor with community tools to match. What else does Evolution bring to the table? The main change is obviously in the environments. We’ve moved out of the dingy industrial complex and into the bright outdoors. The transition is not without its problems. The dark industrial theme of Evolution’s predecessor allowed RedLynx to mask its graphical shortcomings – something which is much harder to replicate in the (mostly) brighter environments on show this time around. Nonetheless, it’s a positive move, made all the more successful by the inclusion of themed tracks, based around fan favourite titles like Limbo, Ico, and ’Splosion Man. The homage to Limbo, the ‘Roller Coaster’ level, and the marathon 10 minute-long track are the highlights of a fantastically more varied track selection, even if the package as a whole does feel more disjointed due to the lack of a unifying theme. 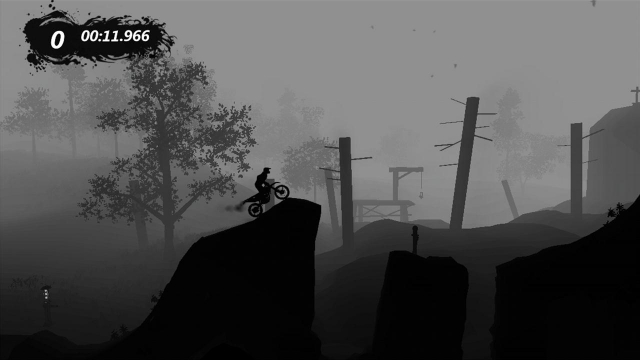 One area where the ball has been dropped is the soundtrack. The start-up… ‘song’, if you can call it that, is horrendous, and the rest of the soundtrack feels off-kilter as well, consisting of a fairly turgid blend of generic metal and odd piano melodies. And the lack of original scores/sound effects for the tracks that play homage to other videogames is disappointing (the Limbo track, as much as it appeals to the Limbo fan inside of me, feels more like a fan creation than anything else for precisely this reason). The sound effects from your bike and various explosions on the track are all perfectly fine, however, and tend to drown out the soundtrack anyway.

Finally, Evolution brings with it a whole slew of other Xbox Live improvements, including Autolog-esque friend comparisons, and both local and online multiplayer, featuring up to four players. In Supercross you race against up to three other players in separate lanes across the same track, while in Trials you race against ghost images. These are solid additions to the franchise, especially the online multiplayer, and I feel RedLynx missed a trick in not utilising Supercross for the single player ‘tournaments’. Notionally, the single player tournaments pit you against ‘the squirrels’, but for all intents and purposes they’re identical to standard trial events, except that you have to complete several tracks in a row. It felt redundant in the first game, and it does so again here; if tournaments had been infused with Supercross events - pitting you in actual races against the AI - then they would’ve felt unique and more relevant to the majority of players.

Trials Evolution is a superb successor to one of the well-regarded titles in the XBLA library. It does everything a worthy sequel should; it addresses most of the complaints levelled against its predecessor and introduces swathes of fresh features and new content at the same time, and, chiefly, it never neglects to ensure that the lifeblood of this series - its fantastically unique take on physics-based quasi-platforming – is as compelling as ever.

This review is based on a digital copy of Trials Evolution, provided by the developer.