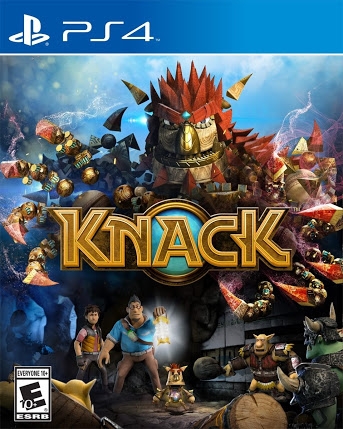 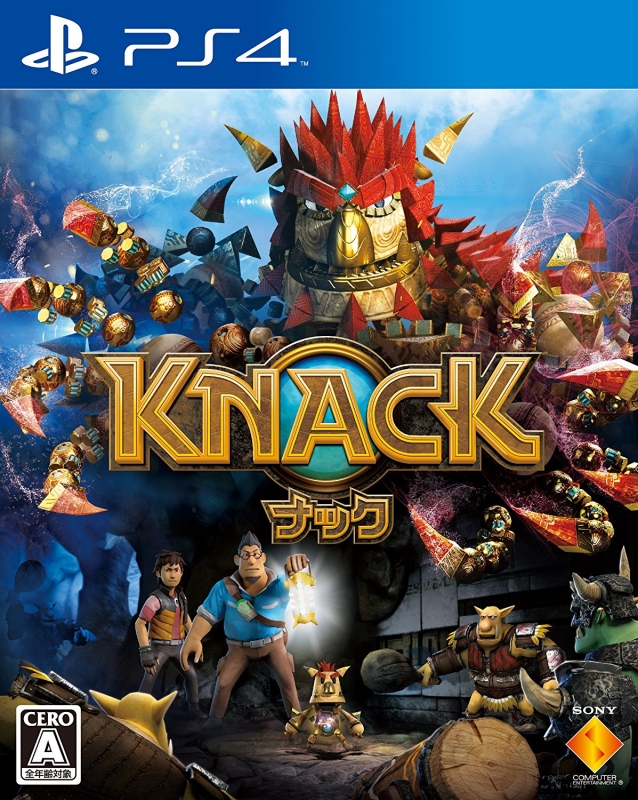 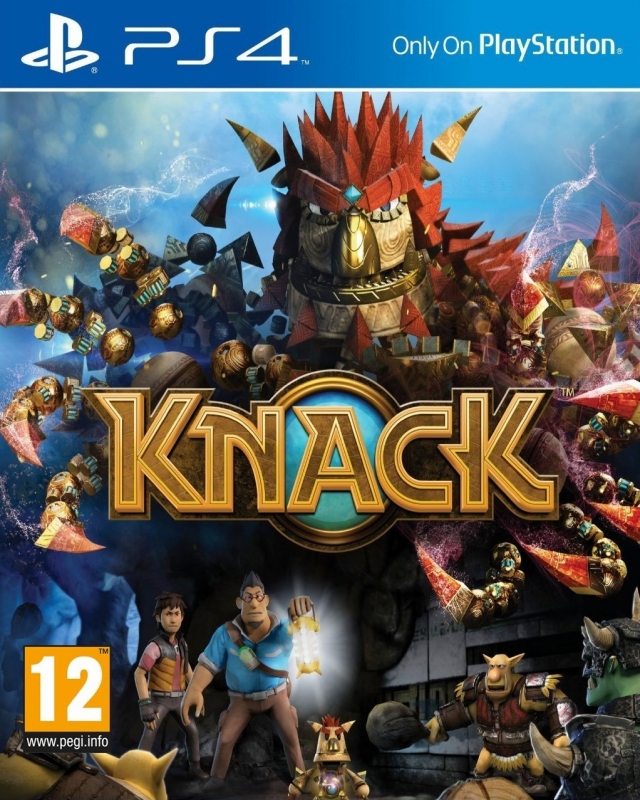 A frustrating ordeal marred by lack of ambition and unrelenting difficulty.

Knack is the type of game I really appreciate on paper. Despite being a launch title for the PlayStation 4, it’s a deliberate throwback to PS1/PS2 era platformers, interested less in selling the power of the console and more in creating a charming world and good platforming gameplay. It’s the type of game I’m glad to see at the launch of a console. That’s why it hurts so much to have to say this: Knack is a very, very flawed game, one that is not only doomed to be forgotten as years go by, but one that is detrimental to the genre to which it belongs.

Knack’s problems become apparent immediately. You play as Knack, a creature whose size changes dramatically by absorbing relics - small, magical wood-like blocks with a mysterious power. So where do Knack or the relics come from? I’m actually not quite sure. See, the key to understanding Knack’s story is to also understand the world’s mythology, but the game never quite explains it. It presents the lore as if the player is already supposed to fully understand the world the characters inhabit. There is an attempt at world-building with the mention of a “Goblin War” here and an “ancient civilization” there, but by and large Knack follows stock characters worrying themselves over things the player is never given a chance to invest in. Witnessing Knack’s story unfold is like watching a Saturday-morning cartoon written by someone who has never seen a Saturday-morning cartoon.

The story set-up exists mostly to give a context for Knack’s central gameplay hook: Knack’s changing size. Over the course of the game, Knack can be anywhere from three feet tall to three stories tall, and everywhere in-between depending on how many relics he has gathered. It’s a cool effect, towering over enemies who once seemed like behemoths to you, and the amount of particles shown on screen when Knack grows gigantic makes you feel like this is truly a next-generation game, at least cosmetically. Unfortunately, everything is purely cosmetic, as you’re completely at the whim of the designers in relation to how big Knack is at any given time. This results in a frustrating monotony of having Knack reset size at the beginning of every chapter (about a dozen total), and most of his enemies changing size with him. Fighting bugs as small Knack and tanks as big Knack repeatedly grows old fast.

For as creative as Knack’s character design is, the gameplay never follows suit. Although Knack sells itself as a callback to Sony platformers like Jak and Daxter or Ratchet & Clank, Knack is a brawler at its core, drawing most similarity to, surprisingly, the God of War series. Except without the complexity or grandeur that makes that series notable, as Knack is as basic as brawlers come. There are no combos to speak of, as there is only one button for attacking, which can be somewhat interwoven into jumps and dodges to mixed results.

The most interesting moments of Knack are also the sparsest. Intermittently throughout the game, Knack will find other elements that he can infuse into himself that changes the gameplay fundamentally, be it crystals that allow him to become invisible and sneak past lasers, ice that gradually melts in the sunlight (decreasing your size), or wood that can catch fire but allow you to burn enemies; these are the only parts of Knack that actually felt interesting - and, well, fun - but they are ultimately too few and far between.

This simplistic combat would be able to get by on its charm if it weren’t for the completely unreasonable difficulty. Don’t be fooled by its E-rating or colorful cast of characters, any child playing Knack will result in broken controllers and smashed furniture. Knack tries to be an “old-school” experience, but its difficulty doesn’t arise from challenging combat scenarios or level design, but instead from cheap enemies and non-responsive controls. Even more annoyingly, enemy attacks seem to scale with your size, so that medium-sized Goblin will still take you out in 2-3 hits regardless of how large your health bar is. Coupled with appalingly large checkpoint spacing, Knack’s bafflingly high difficulty is easily the most maddening aspect of the experience.

Knack attempts to curb this somewhat by allowing you to fill a special attack meter to unlock super moves. But these only seem to work half of the time. Knack’s ranged super-move will often times miss enemies that you had already targeted, and certain enemies will just not be affected by your other specials without any indication from the game, resulting in wasted special meters that take forever to fill. Plus, your meters don’t get reset to how they were when sent back to a checkpoint, so you’re completely out of luck if you used a special on a particularly difficult section and still died.

Knack’s combat is the worst part of the whole experience, which is too bad since it pretty much is the experience. That said, Knack has some interesting social aspects. There are secret rooms hidden throughout its chapters that can be found by breaking down various walls, which contain parts you can use to upgrade Knack. These parts are randomly generated, and what makes this cool is that if you have any friends who own Knack and have made it to that secret room, you can actually trade your part and pick whatever part your friend unlocked instead. It’s a neat way of socially integrating a single player game in a non-obtrusive manner, it’s just too bad that no one in my friends list happened to own Knack. A local co-op mode is also present, which makes the game’s difficulty slightly more manageable, but nothing more.

Knack should have been a breath of fresh air for the launch of this generation, ushering in a new era of creativity in console gaming instead of the endless repetition of sequels and first-person shooters. Instead, it’s a frustrating ordeal marred by lack of ambition and unrelenting difficulty, and has probably set back the popularity of its genre considerably. Knack has a few good ideas scattered throughout, but it is never able to pick up the pieces.