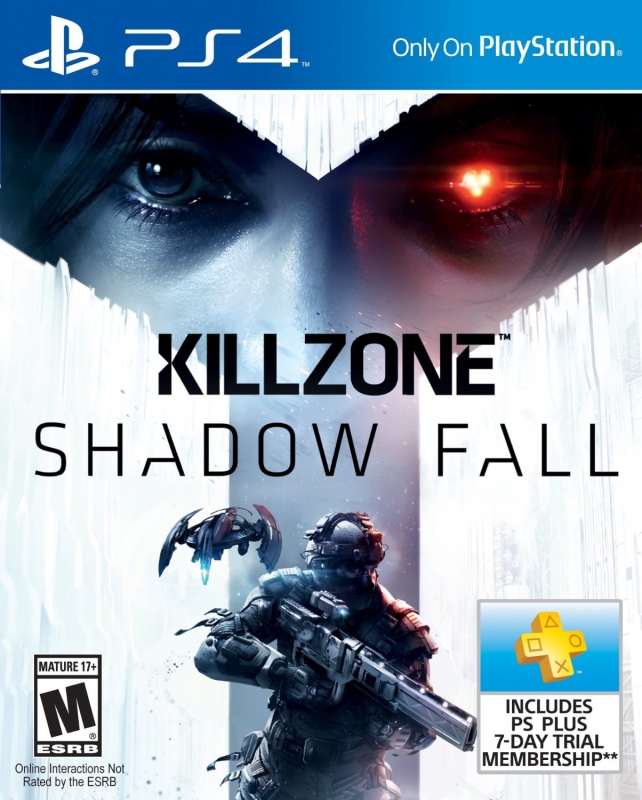 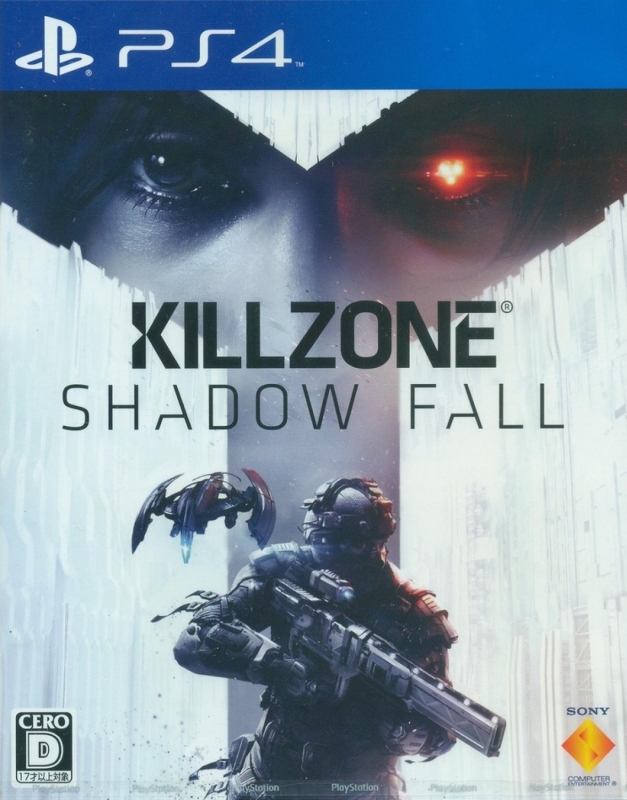 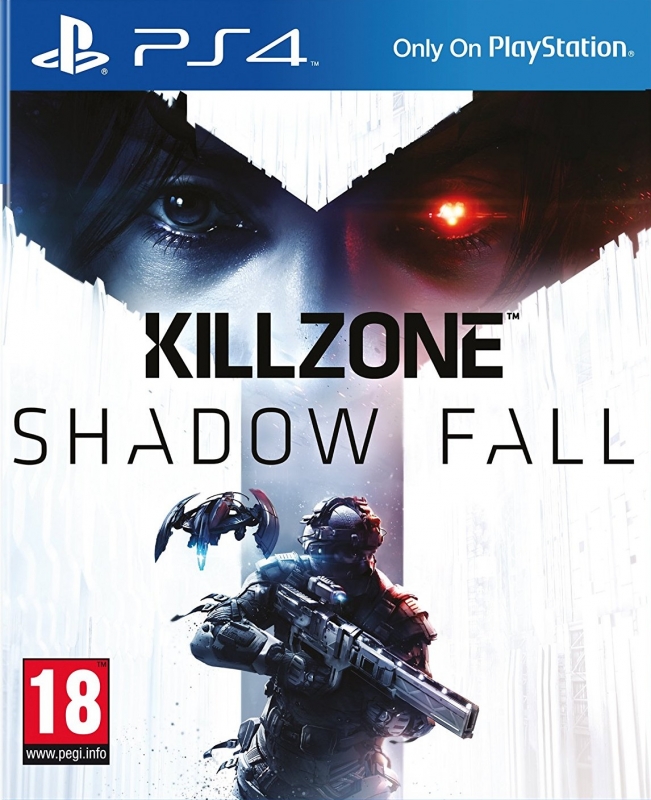 Killzone: Shadow Fall isn't the tour de force that some were hoping to get out of the PlayStation 4 launch lineup, but it's still a decent title.

The PlayStation 4 is finally here and everyone is wondering what that one exclusive title is that'll make it worth the purchase. No, Resogun doesn't count because it's not a retail release! Duh! Anyway, ignoring that one great game, many pinned their hopes on Killzone: Shadow Fall as the best hope for the PlayStation 4 launch. Obviously it's a pretty adventure, as all Killzone titles are, but sadly the gameplay and story don't match up with the exceptional visuals. It's not a terrible game, just not exceptional in any way.

Killzone: Shadow Fall is the story of a Vektan Shadow Marshal who was traumatized during the deportation of half of Vekta. This is spoiler territory for Killzone 3 here, but after you blew up the planet Helghan into a giant uninhabitable ball of glowing rock, for some reason the Vektans decided that in penance they would give half their planet over to the Helghast. This was probably meant as a bid for peace but it turns out the Helghast are kind of jerks (huge surprise there) and decided that they'd forcefully deport everyone out of their half of the planet and kill anyone left behind.

One major problem with the story is that you're expected to start to see the Helghast as fellow human beings, but they're all too often shown to be the “space Nazis” that their visage suggests. They develop and become more nuanced as time moves on throughout the narrative, but not in a significant way. It's to the game's credit that it shows you starving Helghan civilians but they make up about 1% of the Helghast you'll see and are vastly outnumbered by the army members who seem perfectly happy subjugating everyone they meet if they don't kill them outright first. This large motivational issue in the narrative, together with some of the usual video game story science flubs (why is a doctor surprised to see that the Helghast and Vektan have similar DNA after “decades” of separation? Does he have no idea how evolution works!?) made it a forgettable storyline which has little impact.

That's not to say the presentation is bad overall; the visuals can certainly attest to that. I loved seeing the draw distance on display in some of the city scenes, with skyscrapers covering the ground off into the distance and The Wall that separates the two cultures looming ahead. I noticed some instances of pop-in during multiplayer matches, as well as a bug with a barrel jittering out of place and one instance of slowdown during single player that I have to assume was during a quicksave, but other than those minor problems the presentation was pretty immaculate, if somewhat uninspired in terms of locales.

The music fits well, with a notable song here or there, but some of the voice acting is particularly bad. I also experienced a strange bug where NPCs that were talking to me wouldn't recognize where I was and would just stare off into the distance when addressing me. I even got one character to snap her head back and forth as I came in and out of her very oddly specific peripheral eyesight.

Killzone: Shadow Fall features probably one of the biggest departures in terms of gameplay for the series, but not always for the best. Instead of being the perfect example of the modern corridor shooter that its predecessors were, Killzone: Shadow Fall quite often places you in larger areas with multiple objectives that you can take on in an order of your choosing. This is a positive change, but the minute-to-minute gunplay is often dull and that's probably because the designers are always trying to force you to play stealthily to no avail. There's just no point in sneaking around when you're armed to the teeth and bullets are plentiful.

Higher difficulty levels require a more subtle touch, but on the standard difficulty level there is really no reason to not just play this like a standard shooter, other than a couple of fights against miniboss-like robot enemies. One notable exception to the rather dull gameplay is a fight along high speed monorail tracks (with all the train deaths that would imply). Seeing trains whiz by faster than anything ever should introduces a great gameplay mechanic, as well as hits home the technological advances of this SciFi society over our own. I also really appreciated a little twist near the end that caught me off guard and I wish more games would use, but the wonder was short lived because the gameplay that followed was intensely boring.

Outside of the presentation, the only notably “next generation” aspect of the title is some minor touchpad implementation, which works surprisingly well as an additional form of input. The main character has a robot backpack he carries around with him that can be used as a shield, a zipline, or an EM,P as well as simply sending him off to attack. Choosing between these four options is done by swiping in different directions on the touchpad and it works extremely well when the directional pad buttons are already taken up by other abilities. My only irritation with the robot was that near the end of the game there were too many instances where EMP was basically the required choice because of the large number of shielded enemies. Thus my robot buddy no longer became an additional piece of strategy I could use but a cooldown for an EMP that I direly needed whenever I could get it.

Multiplayer is usually where Killzone gets the most playtime for me personally, but I think Killzone: Shadow Fall is unfortunately going to buck that trend. The multiplayer has been greatly downsized, with smaller maps, no vehicles, and different varieties of Warzone being the only mode options. This hurts the value for me particularly because my favorite matches from Killzone 3 were always the more scripted affairs where one team defends and another attacks for the entire match through several set objectives.

Classes have also been scaled back with Support, Scout and Assault being the only ones to make the cut. Most of the abilities of the previous classes are tossed onto one of these three, but it removes some aesthetic variety from the mix. That said, I enjoyed the focus on unlocking new mods for weapons and the upgraded and new abilities which is accomplished by completing certain tasks, and it's impressive how much you can customize a particular Warzone match, but I don't think this is going to capture the same level of interest as the previous two Killzone titles.

Killzone: Shadow Fall isn't the tour de force that some were hoping to get out of the PlayStation 4 launch lineup, but it's still a decent title. The gunplay is uninspired and the multiplayer has been detrimentally cut down, but the presentation is truly something to behold for console gamers. If that's your thing, or you just need something decent to play on your brand new PlayStation 4 and have already smashed through the better multi-platform shooter options, then this could be right up your alley, just don't expect the quality of the overall experience to match the visuals.

This review is based on a retail copy of Killzone: Shadow Fall for the PS4