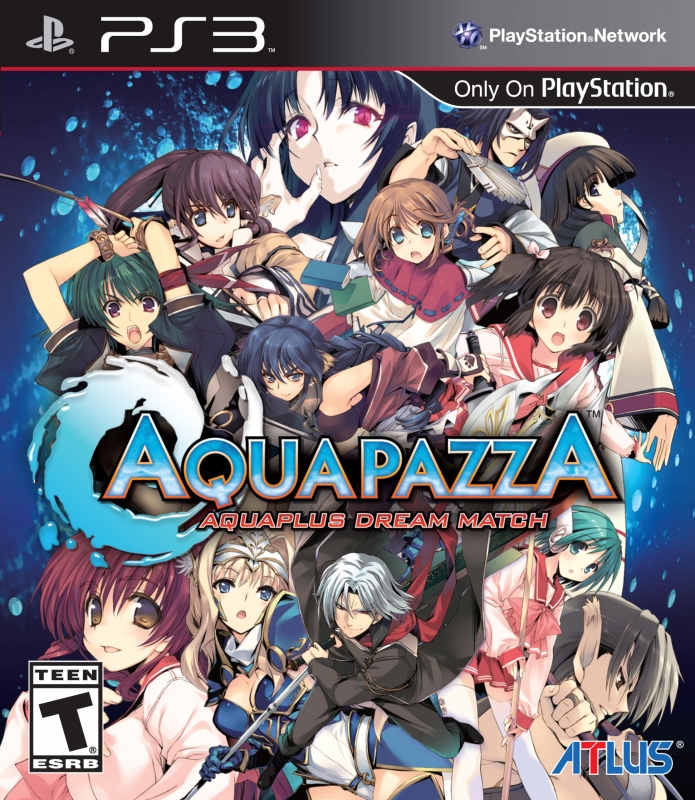 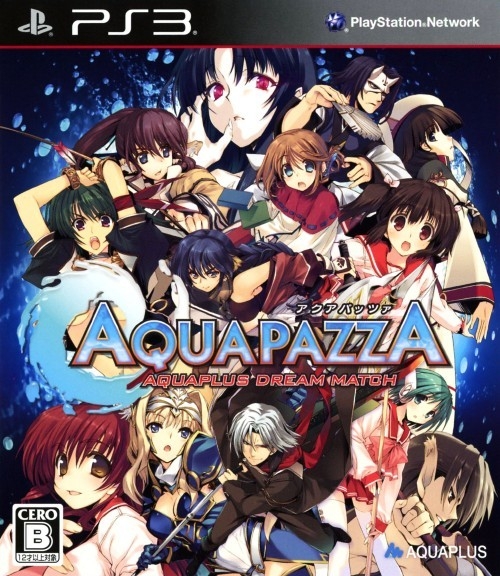 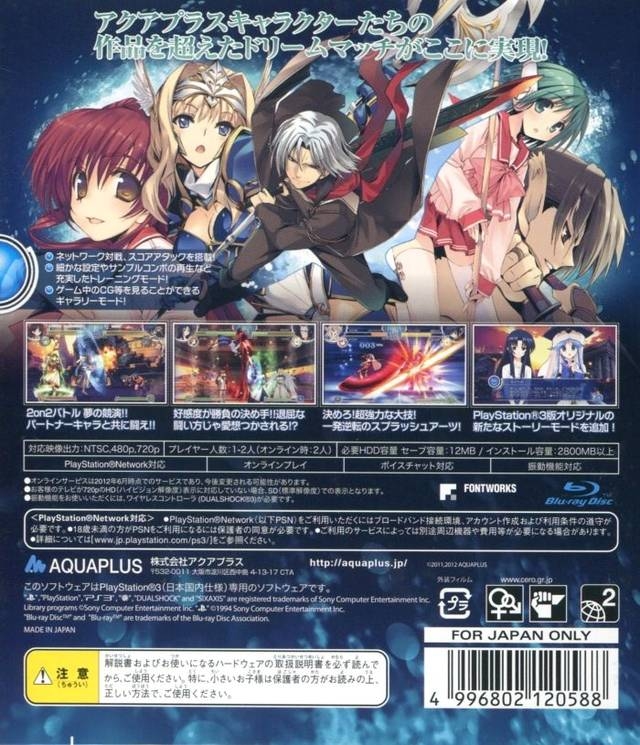 It's this really good fighter, you've probably never heard of it.

In the prior decade, fighting games (in particular 2D fighting games) suffered a serious decline in popularity and saw precious few games released, but in the past few years 2D fighting games have seen a revival that has given fighting game fans what they have wished for. The rise in digital releases has also allowed for smaller, niche fighting game titles to breach the market as well, and with Aquapazza, Atlus and developer Examu have contributed with their own. While its characters are unrecognizable to most people in North America, it's still a solid fighting game in its own right.

Now, if all of that sounded like gibberish to you, you may be wondering why you should bother playing this game. For that, I'll quote an e-mail from Atlus PR:

You heard that right. Tree lasers. Are you not entertained?...What, you need more convincing? Fine.

Aquapazza, like most other 2D fighters, is built with an emphasis on combos and opponent prediction to thoroughly decimate the opposition. The Active Emotion System boosts the power of attacks (including Super attacks) and cuts damage taken from enemy attacks. Staying on the offensive will keep the emotion level high, while playing too defensively will cause the emotion level to fall and you lose the benefits. Continuing to guard while your fighter is in a poor mood will lead to a Guard Crush, which breaks your guard. In this way, Aquapazza encourages players to go all out rather than sit back, making the matches fast paced and explosive. Guarding is still important though, particularly Impact Guarding, which occurs when guarding the moment before the opponent's attack hits. Impact Guard increases Emotion, avoids Guard Crush and will prevent chip damage that occurs when attacked during a normal guard. The game features a meter system where attacking and being attacked boosts the meter, which can then be used to unleash special attacks. Regular special attacks consume 1 bar, while the extremely powerful Splash Arts abilities cost 3 bars.

The 13 playable characters each have their own fighting style and you should be able to find at least one that suits your own play style. They're not quite as complex as those in the other recent Atlus-published fighting title, Persona 4 Arena, but there's enough here for both casual and competitive fighting game fans to take advantage of. Though I can't personally comment on the tier list, those players that have been playing the game in Japan have compiled a tier list that you can peruse here. Each player selects a partner character to team up with their player character. The partners stay in the background but can be summoned to attack with the press of a button. Each partner character has different abilities, so picking the right partner character is essential to a winning strategy. Player characters can't be used as partner characters or vice versa, though, which is a bit disappointing.

The traditional fighter gameplay modes are available in Aquapazza. In Story mode Ma-Ryan has created a powerful potion called Aquapazza, which allows her to take control of people and have them do her bidding, thus setting up the battles. Completing Story mode unlocks Another Story mode for that character, which furthers the plot along. Also included for single player play is Score Attack (get the highest score possible) and Training (hone your skills).

Versus mode is for traditional off-line battles and online play is available through PlayStation Network. Ranked matches will be counted against your record while Player matches are meant to be just for fun. The Replay Theater holds replays of your previous matches so you can study them (or just gawk at how awesome that tree laser attack was). My experience with online was almost lag-free, with only a minor hiccup or two, but since I was playing before the game's official release your experience may differ.

Aquapazza is a graphically pleasing game; the character sprites are all energetic and the game is full of vibrant attacks, abilities and explosions, all running at 60 frames per second without a hitch. There's no dual audio in Aquapazzahowever - all characters retain their Japanese voice actors, a cast that includes popular voice actresses Rie Kugumiya and Aya Hirano. The constant chattering before, during and after the fight can get a bit annoying but it's nothing a fighting game player hasn't already become accustomed to.

Outside of the fighting, there is a gallery mode featuring pictures of the many characters in the game. Though the gameplay modes are a bit bare-boned, Aquapazza retails for only $30 through PSN and what is available in Aquapazza is certainly worth that price.

Aquapazza is a fighting game that few people on this side of the Pacific will know or understand. Its cast of characters hold no significance to them and the game is bound to fly under the radar. But don't let it drop off of your radar - it's a solid fighting game with strong mechanics and will make a good addition to any fighting fan's PS3 library.

This review is based on a digital copy of Aquapazza for the PS3, provided by the publisher.