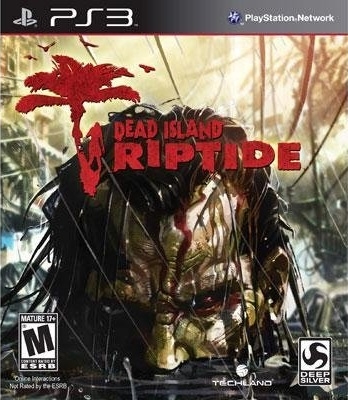 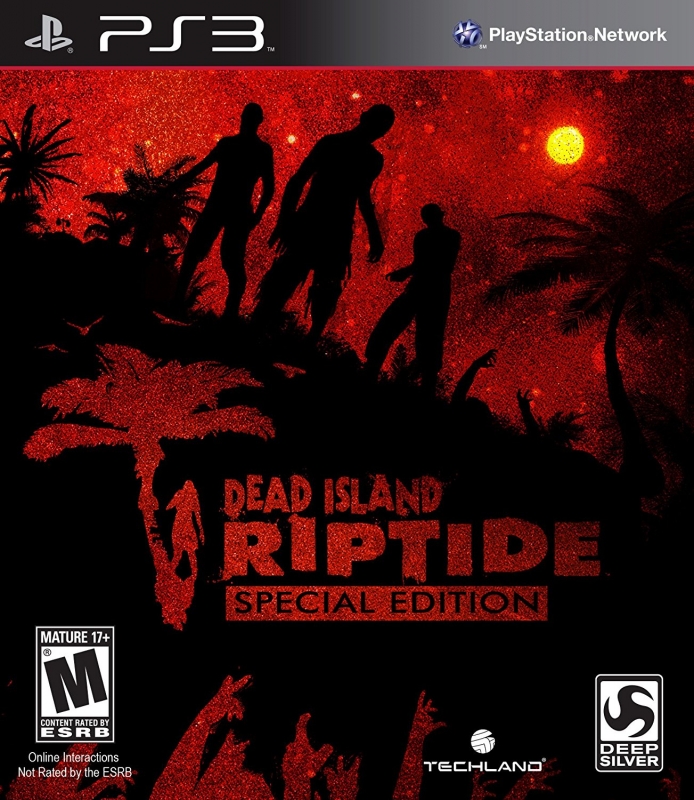 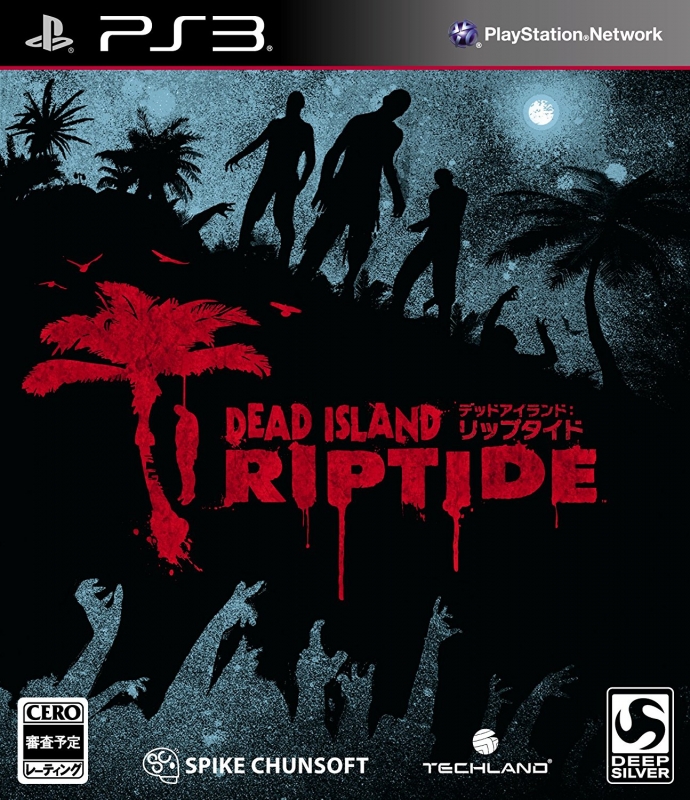 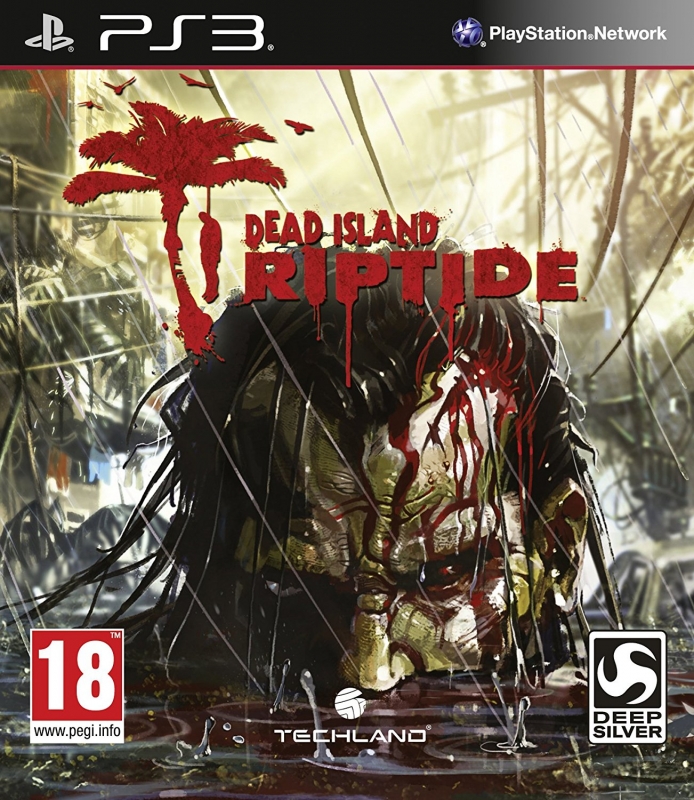 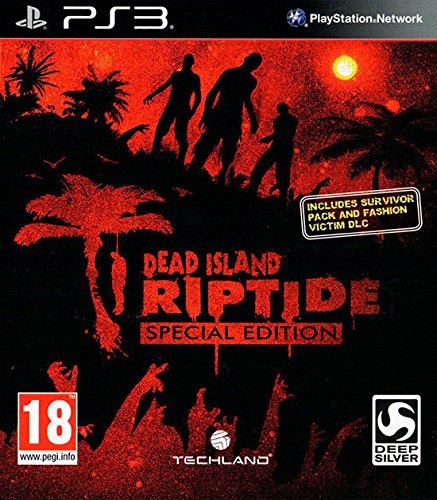 Let's burn some movie reels! Isn't that how they got Hitler? (Is this an Inglorious Basterds reference? Something deeper?)

Game development is hard. I'm not saying this from experience, but from a fair share of common sense gained from a world where game developers are having an increasingly difficult time staying afloat. Zombies, however, are a sure bet. Most of the more cynical denizens of the internet will tell you that Zombies are so 2009, but the only votes that count in the real world are measured in dollars and cents (and pounds and euros and yen, of course), and those votes are saying that zombies are the best nerd subject any game, television, or movie producer could go with, which is why developer Techland and producer Deep Silver have paired not once, but twice to make an open world zombie survival action RPG in the form of Dead Island. Since the first game's formula proved to be quite successful, it's only natural that despite the game's many flaws, the safe bet was to assume that they wouldn't fix what isn't broken. This 'everything is fine the way it is' mentality is both Dead Island Riptide's greatest strength and its greatest weakness, since lovers of the first game will almost certainly book a return flight, but critics may find themselves wishing they'd planned with a different client.

I mentioned that Techland have created an open world zombie survival action RPG twice because that's precisely what they have done here. Dead Island Riptide isn't so much an upgraded and innovative sequel as much as it as an expansion of the original with identical gameplay in a new world with a story that's more of a second chapter in an ongoing story than its own self contained tale. There is a new character that focuses on hand to hand combat, and a few incredibly minor tweaks and added gameplay mechanics, but outside of the similar but different location and sequence of events that make up its story, it's basically the same game. For fans of the first, this will be okay, and I personally feel there's nothing wrong with a sequel that emulates the first but adds a new world to explore and story to unearth, but since they also failed to fix its bugs and for some reason failed to polish it up more, it feels like a wasted opportunity. I'm being a harsh critic not because I feel this game was poor or unenjoyable – It's a blast, especially with friends - but because I want the developers to see their potential, and the modern mentality seems to be that if people paid for it, it's good enough. I expect more. While I certainly enjoyed my time in Palanai, no compliment came without a caveat, an asterisk hovering over each sentence followed by 'but they could have/should have done better.'

Dead Island Riptide sees the four heroes of the original leaving Banoi on a military ship where they get screwed over by some corporate fat cats and meet up with a fifth member; the ship crashes into an island similarly named Panalai, where they meet up with even more survivors, fortify their defenses, and make their way through the hordes of infected so they may escape said island with their lives. Along the way you rescue others, run errands for natives and tourists in exchange for money, weapons, and materials to upgrade your equipment, and deal with betrayals that are the heart of most zombie media. So, basically, it's the exact same thing as Dead Island except set on a flooded island rather than a resort (hence the subtitle Riptide). In addition to the usual questing that various survivors urge you to embark upon, you must also do ongoing side missions where your allies (the main cast members not currently in use by co op partners) send you to gather materials to upgrade their weapons to help you out during the other significant gameplay addition in the form of a stronghold defense mission type wherein the hordes attack your home base and you must fend them off long enough to complete whatever mission is at hand.

The basic scavenging gameplay and the meticulous management of your weapons and equipment coupled with the occasional defense missions makes the Dead Island series possibly the best zombie survival game out there, in theory. I've always wanted a game where the objective was to explore, gather food and supplies, and defend home base while also trying to fight back against the hordes of undead; it just feels right to have that looming threat of supplies running out or your defenses giving way to the harsh reality of an unending, uncaring mass of necrotic flesh. In fact, the simple addition of deteriorating weapons and limited ammo combined with kinda sluggish weighty controls makes this what could be one of the best survival horror games of recent memory, if this was survival horror. The gameplay mechanics, plot, and jump scares could have turned Dead Island and its sequel Riptide into perfect zombie survival horror games.

The issue at hand is that, while the mechanics are all there, the setting unique, and the characters surprisingly well developed in such a way that their histories impact the gameplay (the drunkard ex football player gets huge bonuses when drunk, for example), the fact of the matter is that Techland have really dropped the ball as far as polish is concerned. The world looks great, the voice acting and sound effects are well above par, and the story, though cliche, is pretty good as far as zombie games are concerned (Real life zombie-making prions play a role); the problem is that there's not one aspect of the game I really felt couldn't use some tuning up. The frame rate chugs from time to time, the animations are better than last time but still have a long way to before claiming adequacy, and the respawn mechanics need a complete retooling. Operating much like the raccoon mentality of 'if I don't see it, it's not there', Zombies can literally respawn behind you as soon as you turn away from a clearing, free and willing to attack you - a cheap but effective source of scares. This is the primary reason that I died in my time on Palanai: I can handle tough enemies, but when I clear a passageway, then turn around and a newly spawned infected comes up and tears into me from behind despite my having just cleared that pathway out, it can get a little frustrating. The stronghold defense missions were a great idea, and reasonably well executed, but the ineffectiveness of the available defenses mixed with the lackluster AI make them a rather turgid affair. It really could have been good, but it becomes a game of 'find the ally who is currently being attacked and save them!'

But hey, I still absolutely loved the gameplay that worked! I won't lie, the blend of melee and projectile combat works really well, and the various gameplay mechanics make it feel desperate, like you really have to watch your back and be careful. Walking into a mass of enemies is plain stupid, and you WILL die if you're not careful, but this time around the penalty is the same if you're playing single player as if you were playing co op: a 7 second and 10% fortune penalty. This makes the game far more forgiving for people playing single player, which is good since that is one issue with the first game. The thing is, using blades, blunt, or fists is a waste of time. Choosing the weapon thrower or gun specialist may make the game harder early on, but you'll be much better off suffering through the first half of the game with shoddy perks because the last half of the game is all guns; without them you die. Period. You will die a lot without firearms, so you might as well prepare yourself for the late game by picking the character that will be strongest during the toughest time.

Despite all its flaws, I think Dead Island Riptide is a blast to play. It blends RPG elements with true survival horror in a jungle paradise locale that is never boring to look at and reasonably big, if a bit linear. The elements work well with one another, even if I wish the game was polished and better balanced all around. It's pretty long, clocking in at just under 20 hours just to beat the story, with another 20 or so that could be spent doing side quests, upgrading your equipment, and finding special boss monsters, not to mention the co-op play and the fact that you can start a new game +, restarting the campaign while maintaining your items and level. You can even carry over your progress from the first game, but you must re-allocate your skill points to the new skill tree. All of this is at a discounted price, compared to most AAA releases.

I say this to the developers Techland, because I love what they have here and want them to improve in future endeavours: Fix your game. With how many copies the first game sold, there's absolutely no reason you can't polish this up a bit, and this is strike two. Hell, at one point the rain and sun flickered on and off like someone was testing a light bulb, and that's just silly. If this lacked the performance anxiety it has, I could see the series blossoming into a bona-fide classic, but sadly as it stands it's just a mess, and Riptide's performance proves that sometimes, playing it safe by remaining stagnant can be what many developers err towards rather than really trying something new; if that's the way of the future, we're all screwed. Regardless, nothing quite compares to knocking the infected on their belly, only to jump up with two feet and curb stomp their face for more damage than they could hope to survive, giggling with glee as their cranium explodes like a watermelon that was shot with a .50 rifle!