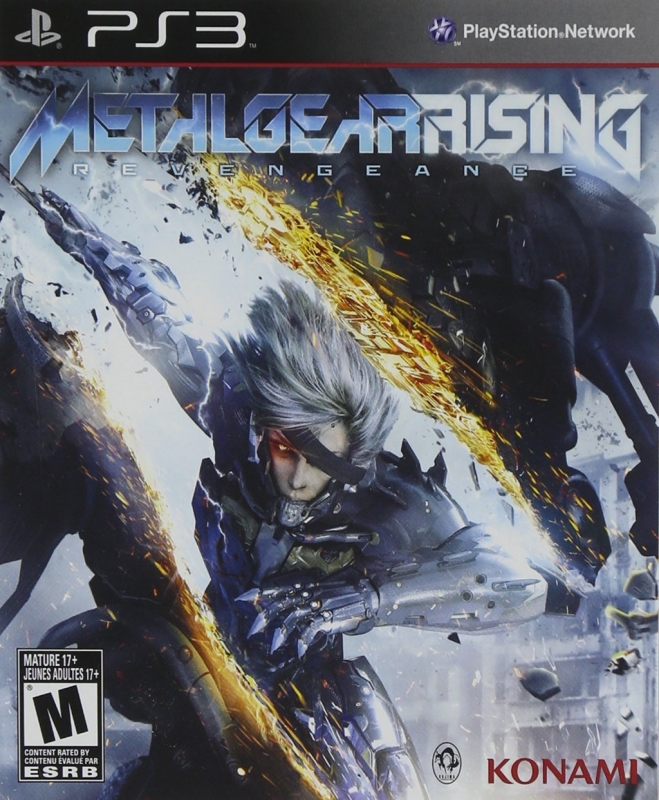 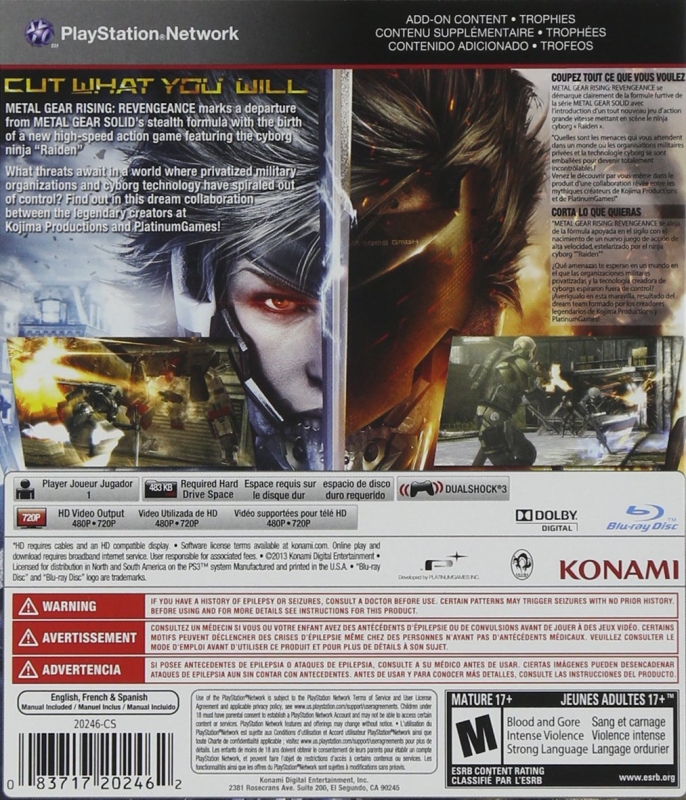 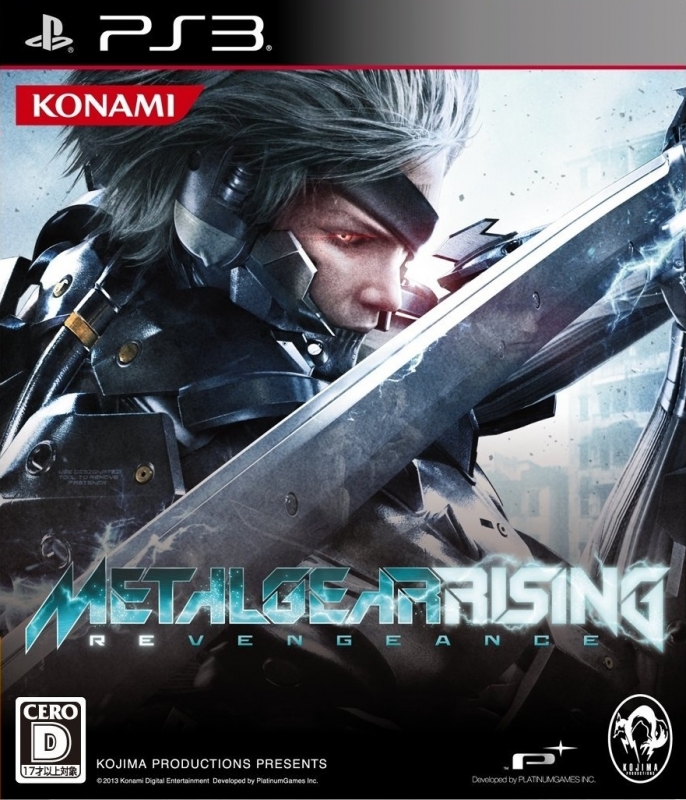 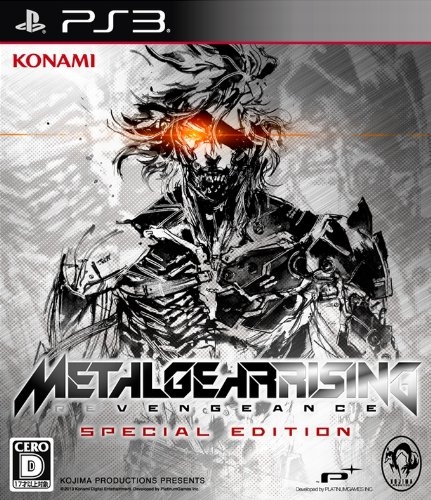 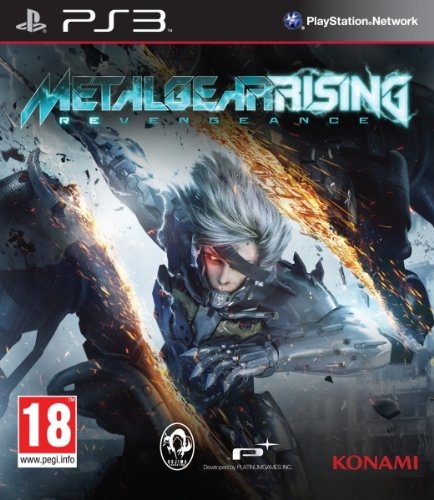 Despite questionable design choices, Metal Gear Rising: Revengeance is narrowly able to get by on its technical prowess and exciting set-pieces.
Metal Gear fans have a troubled relationship with Raiden, the blonde-haired, on-again/off-again protagonist of the franchise. After Kojima Productions went to seemingly great lengths to alienate their entire fan-base by putting Raiden at the forefront of Metal Gear Solid 2: Sons of Liberty, they then won back many of those same fans by reintroducing him as a katana-wielding, cyborg ninja badass in Metal Gear Solid 4: Guns of the Patriots. Ironically, fans were now begging to play as a Raiden again. Now, with Metal Gear Rising: Revengeance (announced way back in 2009 as Metal Gear Solid: Rising), Kojima Productions has teamed up with Platinum Games to give fans the “Ninja Raiden” game they think they wanted. But is it the game they asked for?

Unlike the previous stealth-oriented approach that defined the series, Metal Gear Rising: Revengeance is a full-fledged action game, and the difference is immediately apparent. In past Metal Gear titles, you were incredibly small and vulnerable compared to the mechanical behemoths that give the series its namesake. It was up to you to rely on your wits and experience to defeat a Metal Gear, and you often came out by the skin of your teeth. Within the first five minutes of Revengeance, however, you’ll be tossing a Metal Gear into the air and slicing it in half with ease.
The fast-paced action approach ends up being a good fit for the series, mostly due to the involvement of Platinum Games, who are responsible for this generation’s action-genre masterpieces Bayonetta and Vanquish. Unfortunately, while gameplay is fluid and swift, it features very little of the depth that Platinum’s previous games are known for. Despite an extensive selection of combos and a multitude of weapons, much of the game can be completed through simple button mashing. A couple of boss fights require a bit more finesse, but for the most part playing the game feels like a sleepwalk. It does an admirable job of putting the player in charge of some of the more exciting moments, but many are relegated to non-interactive cutscenes.

The action on screen may be smooth, but many of the gameplay elements are surprisingly clunky. Despite the fast framerate, Raiden seems to respond slowly to commands, and there’s an overall lack of precision when trying to juggle multiple enemies. Since the optional “dodge” move is neither useful nor available until later in the game, Raiden’s main mode of defense is a parry attack. Precise timing leaves enemies open to devastating counter-attacks, but a handful of enemies have unblockable attacks that Raiden simply isn’t quick enough to avoid. Even more frustrating, Raiden must be standing still to parry, as well as to switch between different weapons and items. The frenetic nature of the combat sections doesn’t give many opportunities to do this, so I spent most of the game sticking to Raiden’s default sword.
The main differentiating feature of Metal Gear Rising: Revengeance is “Blade Mode”, in which players enter slow motion and control Raiden’s blade with precise accuracy. This is easily Revengeance’s most enjoyable aspect, but it quickly becomes repetitive. Cutting off enemies' limbs is entertaining in a visceral way, but the level of precision offered is never used to its fullest extent. At the end of the day, it still boils down to attacking a weak point for massive damage. Despite the amount of precision offered by Blade Mode, it's hardly ever utilized as effectively as it is in, for example, The Legend of Zelda: Skyward Sword.

Stealth may not be a focus in Revengeance, but it has not been abandoned. Many sections of the game can be beaten stealthily (i.e. without engaging the enemy at all), but it feels like an afterthought. The levels do not seem like they were designed with stealth in mind, and the availability of cardboard boxes to hide in won’t fix that. Even the sections that scream “be stealthy here!” often devolve into another full-on brawl thanks to level design that leaves you nowhere to hide. Hardcore players will no doubt find ways to stealth run the entire game with ease, but it’s neither intuitive nor fun.
Though Revengeance can be seen as a spin-off from the main Metal Gear Solid titles, it stays within the lore and canon of previous games. Set four years after the end of Metal Gear Solid 4: Guns of the Patriots, Revengeance finds Raiden now working for a private security company in a world still dominated by the war economy and Private Military Companies (PMCs). The time period provides an interesting setting to explore the Metal Gear universe after the fallout of Metal Gear Solid 4's ending, but unfortunately Revengeance never does anything with it. Other than the appearance of Raiden and a couple of enemies brought over from previous games, nothing about the overarching Metal Gear story comes to the forefront here. I understand that this is Raiden’s show, but what’s the point of coming back to this world if I don’t know what my favorite characters are up to?

Although the story is silly and nonsensical, at least it’s unique in its own weird way. The same cannot be said for the game’s art design. It’s almost mind-bogglingly dull, especially given that the Metal Gear series as a whole has one of the most instantly recognizable art styles in gaming, and Platinum’s previous work on Madworld, Bayonetta, and Vanquish shows that they have extremely talented artists on their staff. So why are Revengeance’s visuals so incredibly dull and boring? There’s nothing wrong with the linear level design, but each level is set in generic, uninteresting locations. Shadow Moses, Big Shell, and Outer Haven were all incredibly well-realized settings in which to have the action take place. Over the course of Revengeance’s seven chapters, however, you will visit such locales as generic city, generic skyscraper, generic sewer, and generic military base. How riveting.
Despite questionable design choices, Metal Gear Rising: Revengeance is narrowly able to get by on its technical prowess and exciting set-pieces. The over-the-top style for which Platinum is known is in full effect here, and as a longtime Metal Gear fan, it’s a pleasure to come back to this world and its characters. Still, given its development history, it’s a shame that it never amounts to more than a simple hack ‘n’ slash with a cool cutting mechanic. Metal Gear Rising: Revengeance is a fine game, and a welcome addition to the Metal Gear canon, but ultimately it’s one of Platinum Games’ weaker efforts.

This review is based on a retail version of Metal Gear Rising: Revengeance for the PlayStation 3.