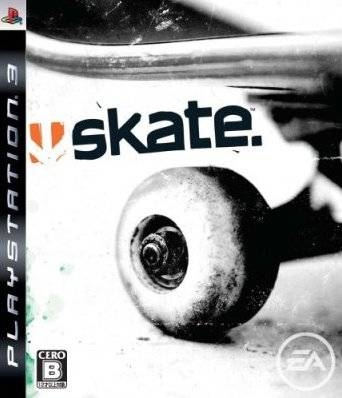 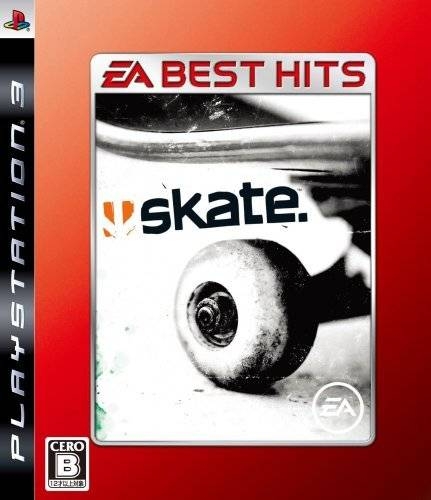 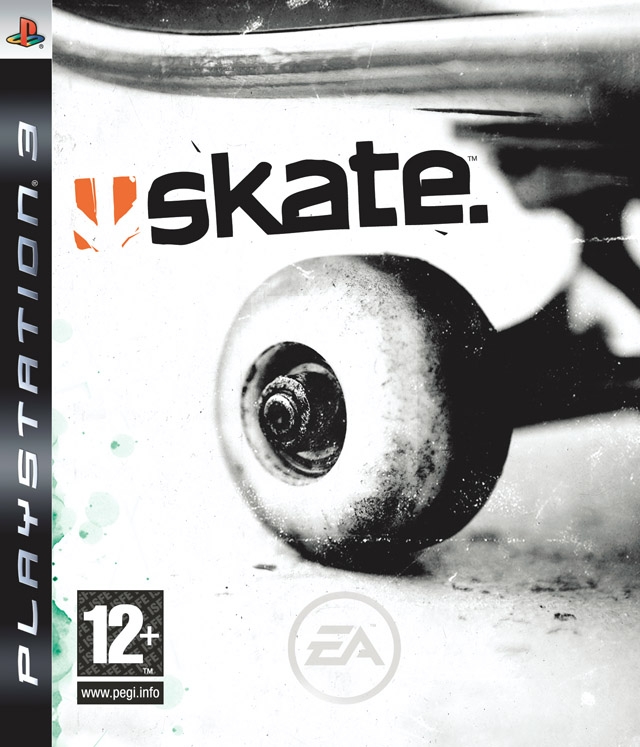 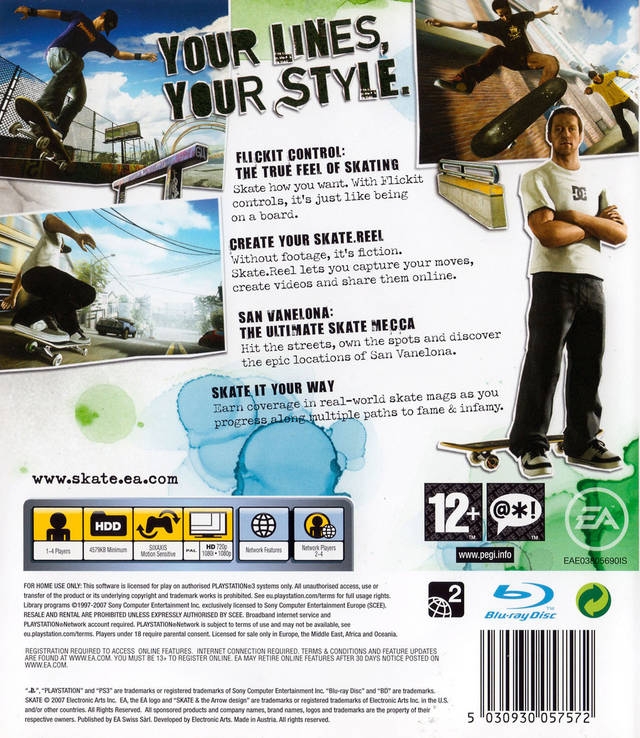 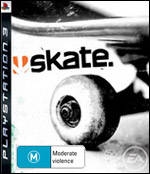 After what seems like far too long, a fresh face has finally come into the skateboarding game genre and has given it some new innovation that I was incredibly glad to see, though admittedly I was surprised to see the innovation's source. The game I am talking about is, of course, EA’s skate. The idea behind skate is to make a more realistic skating game than Tony Hawk. The brilliant part of how this is implemented is the control scheme.

There are no simple button presses to do a kickflip or a grind in skate, instead the developers went with what they call “flick-it”. The controls of the board are almost entirely done using the right analog stick on the controller. This can range from the simplistic kickflip in which you hold the analog stick to the down position, and then flick-it up to the upper right, or more complex tricks like the 360 hard flip for which you have to hold the analog stick to the right, swing it to the down position and then flick-it to the upper right. This control scheme actually forces you to practice a bit in order to pull off certain moves, and is a welcome escape from simply pressing a direction and the square button.

The control for grinding, however, is perhaps the most ingenious part of this game. When you are done with your flip or after an ollie, when you are simply floating during air time, you can orient your board in different directions and pitch using the two analog sticks. So to grind something, you simply roll up to the rail or ledge, get some air, orient your board how you want it, and then land on the rail or ledge on whichever part of the board you end up on. I really can’t tell you how amazing this mechanic is, and if you have ever skateboarded I implore you to try this game, if for nothing else than the grinding mechanic.

So, now that I’m done gushing over the controls, let’s get to the part where I actually critique.

First let’s talk about the gameplay. As I’ve mentioned above, the controls are incredible, and right when you start out the game you can do any trick that’s possible using those controls, no need to do some mission for some pro skater before you’re able to pull off the huge air, or to level up stats. This means that, if you never want to touch the story, you don’t have to by any means. You may not have access to a few areas and your board may not be the prettiest at the skatepark, but there is no missing gameplay that forces you to play the storyline. This might actually be advisable, since the storyline is pretty 1-dimensional and boring. You meet some people, do a contest or a specific trick for them, and they tell you how awesome you are and send you on your marry way. As you progress you’ll meet better and better skaters and get signed by a few companies, until you actually participate and compete in the X games. The feeling of going down the mega ramp with thousands of people watching is incredible, and almost worth the horribly simplistic and repetitive missions that it takes to get there. Your final prize is access to the Mega Compound, Danny Way’s personal skate park, which is a rollercoaster ride of gut wrenching drops and amazing rails to grind. All in all, gameplay is where this game truly shines. I wouldn’t call it perfect since I need a good story for me to call any game perfect, but it is easily the best skateboarding game I have ever played.

The game’s presentation is where you really start to see something lacking in the title. On the technical side, there are a decent number of bugs in the game, nothing that will ruin your enjoyment, but flying 20 feet into the air for no apparent reason after I bail off a rail is just a bit disconcerting. The other technical issue (for the PS3 version, at least) is the framerate. During sections of the game, particularly when moving through large areas, the game’s framerate can plummet down to levels that really affect your game playing. The game itself will actually slow down during this time, and more than a few times I have been riding along doing tricks, and then been caught in one of these slowdowns, only to screw up whatever trick I was planning to do, and often bail. These technical issues can get annoying, and are easily the biggest fault of this game.

Skate’s visuals are fairly standard for this generation of gaming, artistically and technically. They’re nothing to write home about, but aren’t particularly disappointing. You might see a few jaggies on the board if you look for them, or notice the repeated textures in the sidewalk, but nothing about the visuals really took me out of the game, so I would argue that they served their purpose.

On the audio side of the presentation, the game has a decent soundtrack. You’ll recognize a good number of songs, and the playlist is customizable to allow for different tastes. The sound effects in the game are pretty dead on as far as I can remember from skating back in the day, and serve their purpose well. The only annoyance I have from an audio standpoint is the friend/announcer/videorecorder guy that they stick you with. This guy can get incredibly annoying after playing through the game as much as I have, and you will definitely start to hate him. Also I don’t know who or what started the phrase “gnar gnar” but I hope they die an awful death right after their parents tell them they’re adopted. Overall, however, the audio does a good job of keeping the atmosphere of the game.

The value of skate really depends on how much you want to get out of it. I have spent hours upon hours just skating around the city. Combine this with the multiplayer online options and the ability to make, edit, and share videos of your tricks, and you have an amazing amount of gaming available to you for $60 if you want it. My only issue with the game was that the online multiplayer was fairly laggy, and the animations of the other players’ characters were so jumpy it looks like a slideshow of a skater instead of a video game. That said, this game has an incredible value and I can’t recommend it enough for anyone who has skateboarded in their life, or just likes to play skateboarding games.